Lapis of Nicodem    Jilvayna Info      Scale Marks
The weeld kleeth, depending on the community, are superstitious. Some care very much about the birthmark, some don't.


On Siindernorth, rural weeld kleeth communities have several superstitions concerning birthmarks. Most arose due to human raiders entering settlements and kidnapping lizards that had odd scale colors or birthmarks. Oftentimes family and friends would perish attempting to defend their loved ones, leaving sparse populations even more so.   Over the years, the weeld kleeth began to see abnormalities as unlucky. Any young one born with strange markings was either killed by the grinmer and their kossee or thrown into exile with their families. This continued until two hundred years ago, when several Siindernorth countries recognized lizard intelligence and counted them as thinking beings equal to humans, and with the same rights.   Because humans saw the killings as barbaric, and because the weeld kleeth as a whole wished to be seen as a thinking people, grinmer outlawed the practice. That did not stop common lizards from bowing to superstition and tradition when presented with stressful situations, seeing the deaths as a way to regain control. 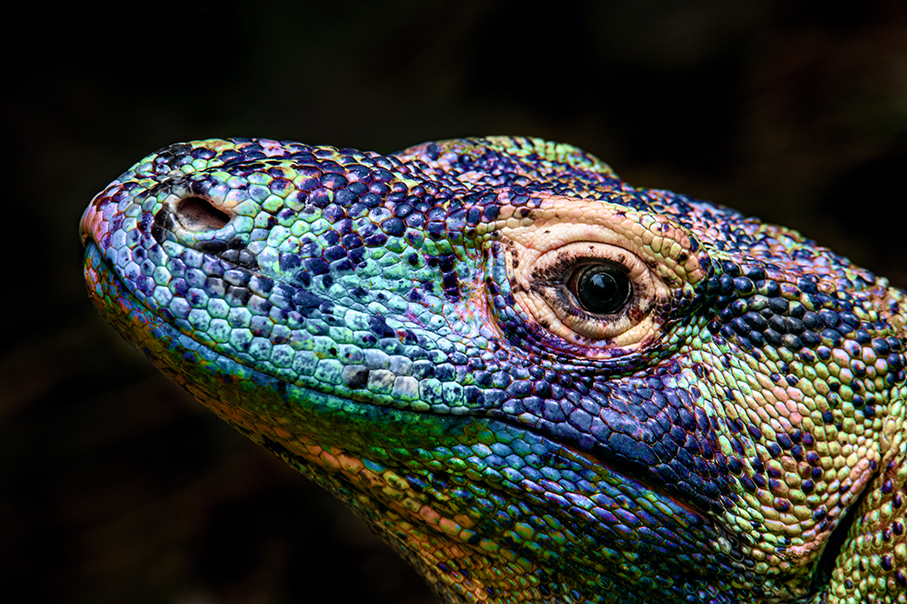 
Weeld kleeth with rainbow scales or astrological-looking patterns sold for high prices at markets. Once considered sacred, any child that developed these patterns would not live long enough to catch raider attention. The practice of parents feeding their newborns mashed plants and minerals to set scale color and pattern within the first three weeks of life arose to combat these kidnappings. 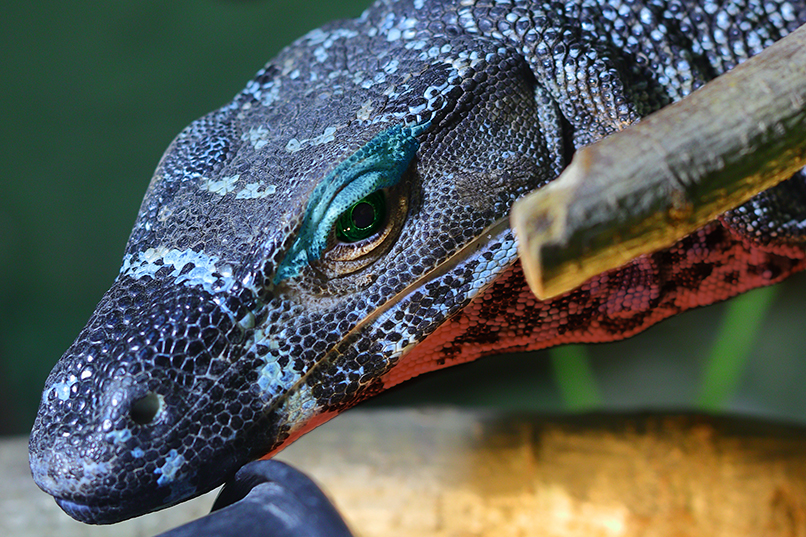 While the Ambercaast terrons are not inherently superstitious, after their territory came under attack, some began to think Tovi might have brought bad luck with him from Siindernorth.

Tovi
Tovi is a terron born with white, double quarter moon marks on his hips. His rural coastal community immediately wanted to expose him, but his parents resisted, and the grinmer reminded them that human laws and punishments now pertained to them.   The year he turned seventeen (the equivalent to a human 12-13 year old), a summer storm tore through the community, destroying the buildings and killing residents through flood and storm surge. Without a grinmer or kossee to lead them, the community decided Tovi's unlucky marks were responsible for the terrible happenings. Gossips whispered they should have gotten rid of him before he brought such destruction to their people.   Unable to execute him due to human rescuers working with the community to save lives and salvage what they could, several males escorted him to a nearby hill and told him never to return, on pain of death. He had lost his parents in the storm, and his community exiled him for the white, double quarter moon marks on his hips.   Concerned for his safety, and disgusted by the cruelty, human rescuers contacted the Bawik Institute, the foremost scientific authority on the weeld kleeth. They took Tovi in, and he met Cassa shortly after. She adopted him within the year.

Answering: "a condition considered monstrous or "unlucky" by some"
Visit Kwyn Marie's Competition Page Check all other answers to this prompt Competition Homepage