Lapis of Nicodem    Characters      Patch
Patch has only one thing to say about his life before he became a Jilvayna rebel.   He survived.
Profession

Patch is a chaser. He earns a very good living taking stakes on anyone that catches his eye. He has a ruthless and deadly reputation on the Grey Streets and in the criminal underground, and no one wants to get on his bad side. He has the reputation of an assassin, though no one can point to a single stake in which he killed his target.   He prefers it that way.   He works for anyone who issues a stake, be that a rebel or a noble or a commoner or a street rat. The pay varies, but he makes enough from profitable stakes he completes many less valuable ones as a service to the community. He keeps a bank account, a luxury for nearly everyone who works and plays on the Grey Streets, and that attests to how many high-pay stakes he completes. Most of the funds go to rent on a cozy apartment in a not-so-bad part of town, and upkeep of the Jiy Rebel House.   Patch is an integral part of the Jilvayna rebellion, though few outside the rebel cause know this. He completes the dangerous missions that no one else can handle, though he is very picky concerning them. He sees no reason to throw his life away for the pleasure of an idiot who slammed a few leads together without thinking about rammifications.
Personal

Patch has a deep and rage-filled hatred for Gall and his court. He plans to bring down the man and his enablers, no matter the cost, though Lapis mitigates his more wrath-induced impulses. He knows she waits for him to return, and he weighs the danger against her need. Many times, he finds the mission not worth the risk.   He has little respect for the average human, though he treats children with a kindness most consider out-of-character for so dark and dangerous a man. He proves an exceptional friend to those who earn his trust, and a terrifying enemy to those who enrage or betray him. 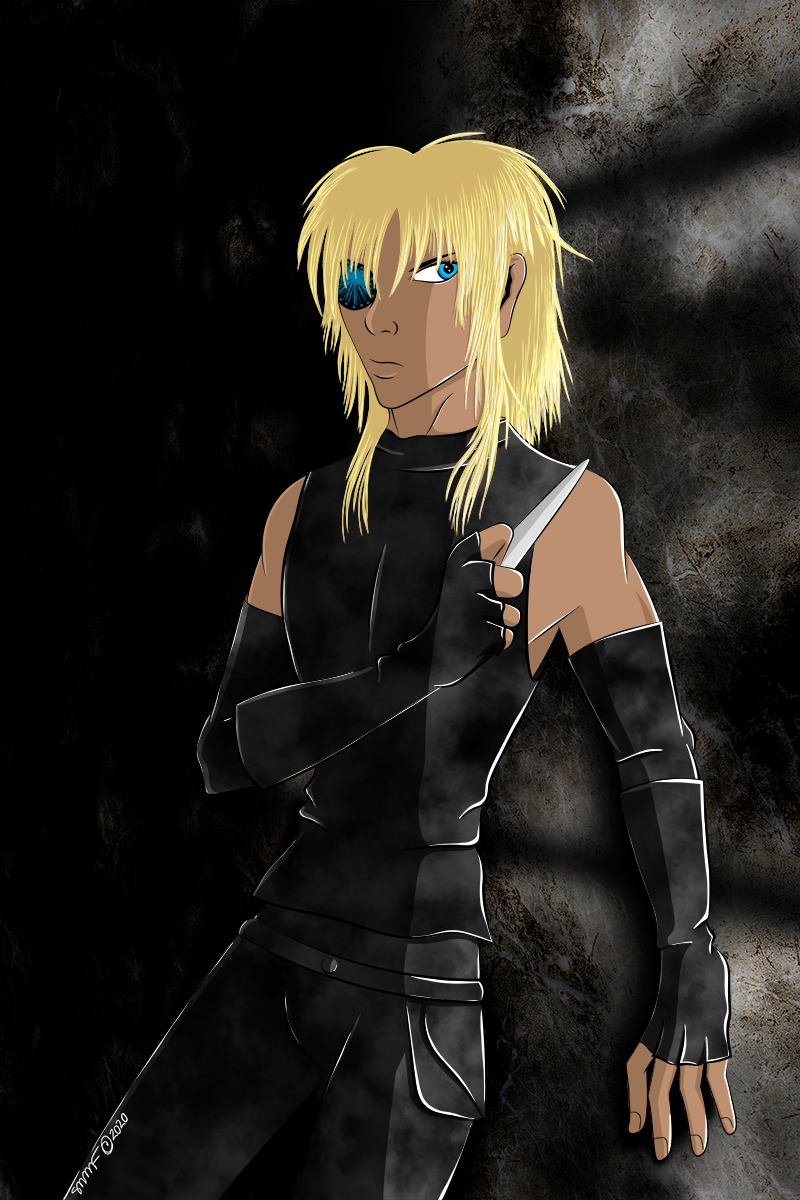 Great character profile. Seems like he would be a great person to have on my side. Quite terrifying as an enemy.

Very true! You certainly do not want to get on his bad side.