Lapis of Nicodem    Characters      Brone
Brone is the son of Dentherion immigrants tricked into moving to Vraindem, Jilvayna by way of a "get land cheap" scheme. Thousands descended on the vassal lands in search of this elusive land, and many of them, already desperate, ended up in the streets.   His family retained musical instruments, and he inherited a drum from his father. He decided, at age ten, to move to Jiy and try his hand at becoming a street musician there. He snuck away and managed the trip without mishap, drumming for food along the way.   He set up with the other street musicians, though he garnered more attention due to his youth. Lanth happened upon him, and told him about the reading circle, which he eagerly joined.
Profession

Brone is a street musician and drums for a living. He makes more money than the average street rat, but not enough to get him off the streets. He sends what he can to his kin.
Personal

Brone and Scand are good friends, and are together more often than not. He, too, is of the age that other street rats look up to him, and while he does not share Scand's adoration of Rin, he still sees him as a role model when it comes to kindness and charity.   Due to Rin's influence, he sends bits to his family in Vraindem, who are grateful for any help.   He practices his drum constantly, and is developing his own singing style. He dreams of being a musician at an inn, earning enough for a real room and regular meals. 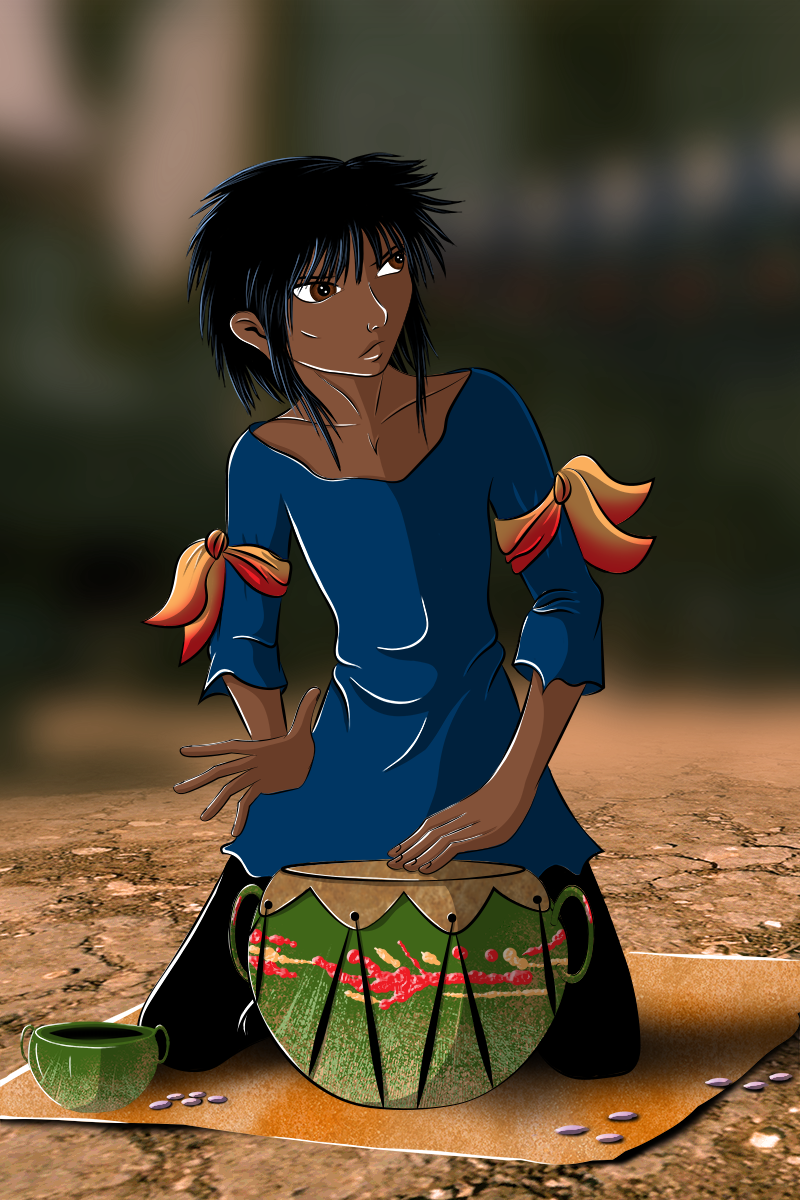