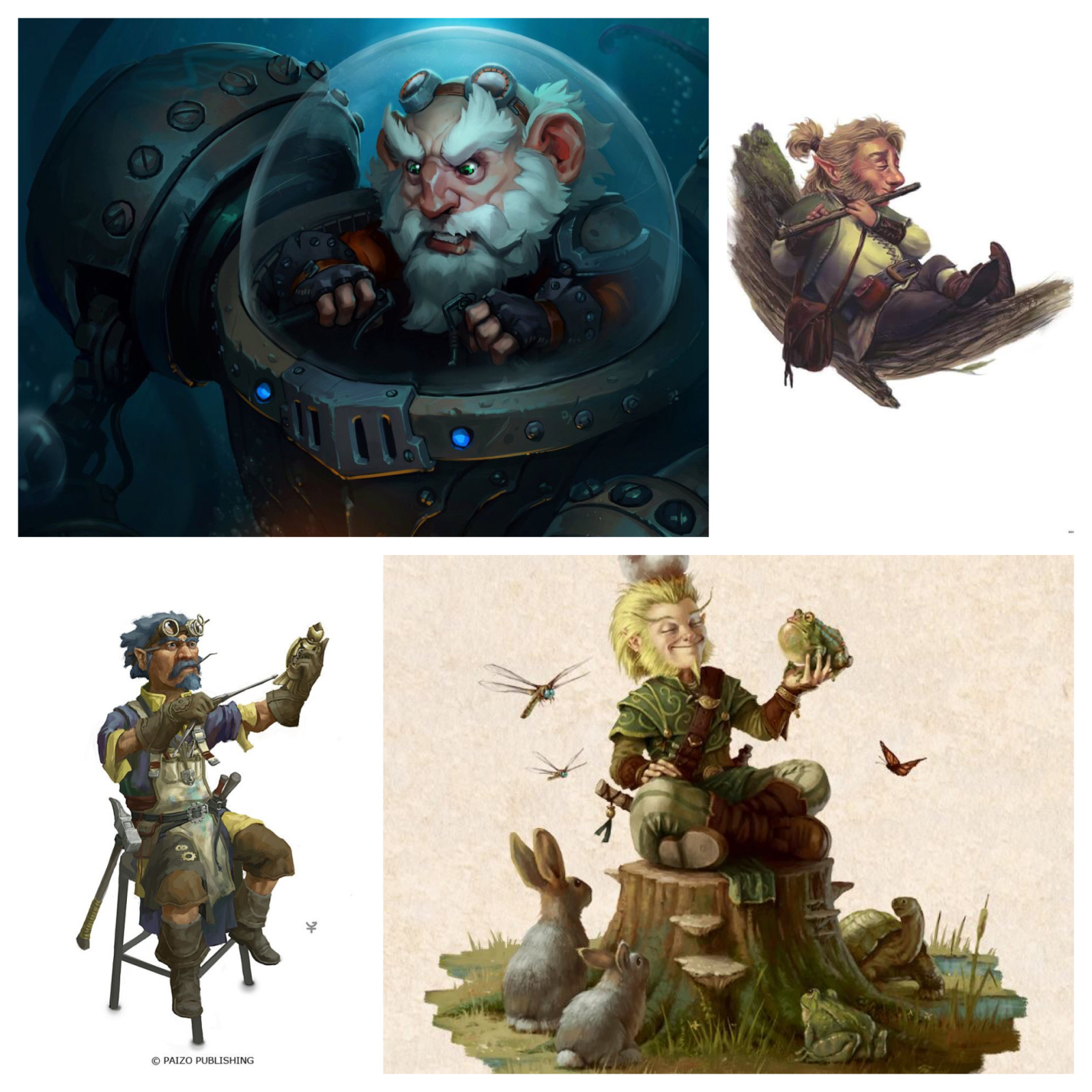 Mechaneers and forest gnomes do not get along. Historically one subrace accuses the other of mischiefs leading to disasters or of persecution and doom. Both have brilliant minds. So, in a genius kind of way, they reproduce the Nine Hells and the Infinite Abyss relations, continually opposing one another. One kind is always calculating, fully embracing reason and logic to mold chaos through abstract machinations. The other is dynamically stable and consistently handles the uncertainties of whims and unexpected happenings alike. If they could have united with one another, nothing would stop them, some say.
Before the rise of the gnome subrace called mechaneers, they would be demeaningly called tinker gnomes, but now they vastly outnumber the forest gnomes. More than being inventive, they have a clockworklike powerful mind. It seems chaotic to non gnomes from the sheer complexity of the thinking they do for the smallest of things, but it grants them the uncanniest intuition there is. When they follow it, it goes deep. And what they than design can make or break worlds, as it have already done eras past. That’s also why the gnomish mechaneer language is the most challenging mortal language to learn. It’s as vast and intricate as alchemy itself.
Forest gnomes are carefree, friendly and they’ve had mastered diplomacy before they’ve even stablished a civilization. Fond of nature and chatter, they settled the first and most diverse feeric court in the material realm. The interconnected social relations between this network amazed both bards and nobles for its harmony and uncanny cooperation. That’s partially the reason they’ve never developed their own language and spoke sylvan instead. It helped to grow and maintain the wildest and most magical places in the humongous continent of Lantaris from robbers or usurpers, even if more than half of it sinked or got destroyed, in the eras after the dragons came.