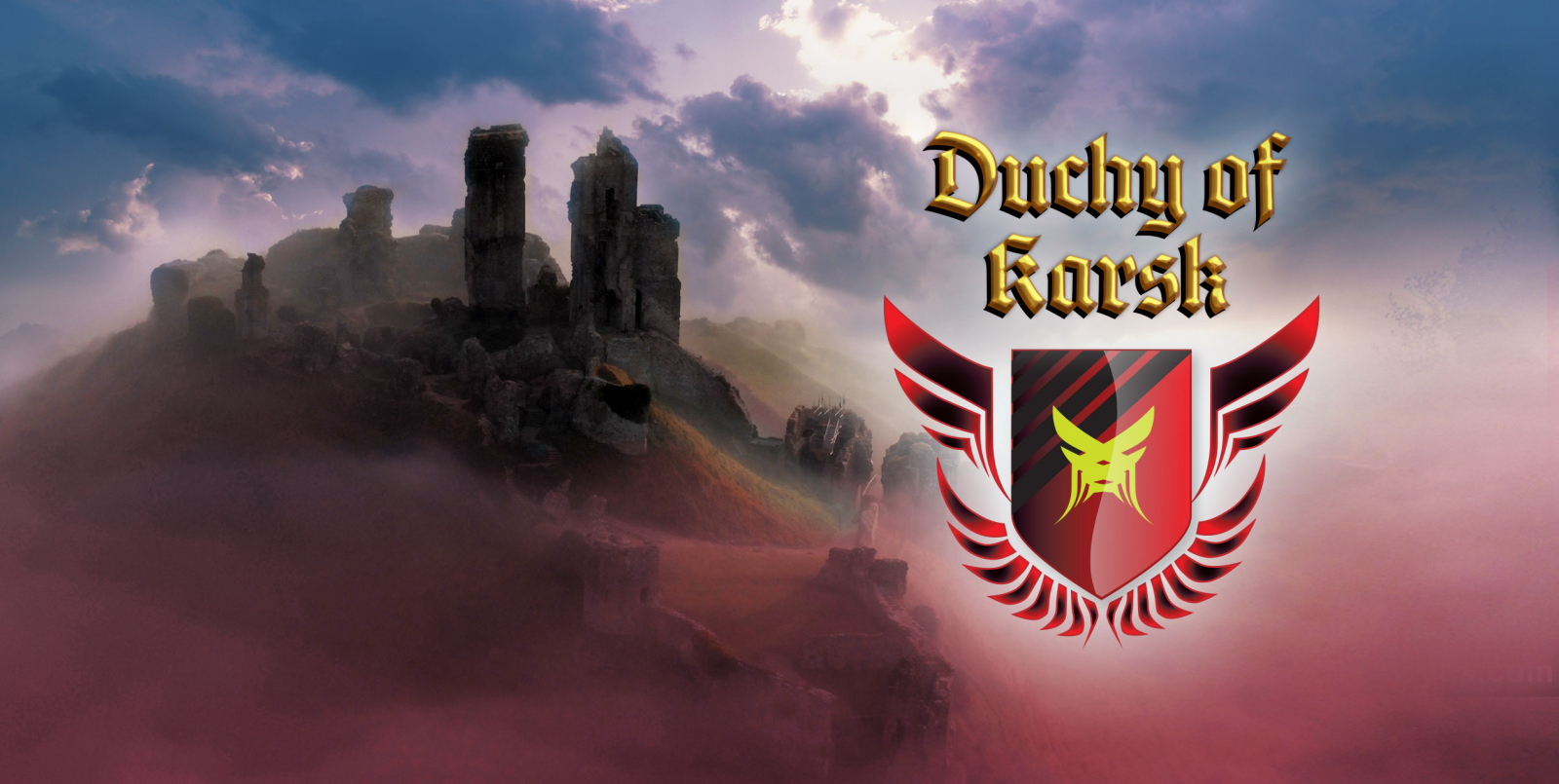 On an idyllic summer morning a score of years ago, the first Noetic Empire was completely and totally destroyed.   Lightning spears scarred the heavens. Fire tornado's scorched the ground like raging daemons breath. Acid rivers billowed white-hot clouds of scourging death into the air. Cities, stones and souls were shattered, utterly and forever. The fallen rose from death, charred and twisted terrors, mindlessly craving flesh and murder. Beasts of blackened shadow stalked ravenously through lakes of fire. Nightmares awoke once more in the world of Kymerah and the screams of Dragons hatred froze the hellish air.   People argue still, about the cause. High magic not seen since the age of the Dragon Lords? Jealousy of long forgotten gods? A curse upon a royal house? If any knew why, they either perished in the cataclysm or keep their silence to this day.   The Imperial banner had unified all races, from the shores of Seven Eaves to the edge of the Vadon Wastes and even reaching the depths of the Elven Weald. Survivors of the cataclysm and it's ferocious aftermath fled, many to the south, to Querencia. The remnants of the empire huddled there in sanctuary, in the Duchy of Karsk, on the edge of the cursed lands, in the shadow of a broken empire.

Stretching from the Balkur Mountains in the north to the Isle of Seven Eaves to the south. Comprised of thick forests, fertile farmland and rolling hills. Jutting into the coast of the Shrike sea the Duchy was the garden of the Empire, it's fields and vinyards supplied the southern reaches with the finest food and wine. Heavily burdened with refugees after the Cataclysm the land, even bolstered by the druids of Blathmar, is now straining to feed the Duchy's population.

Beyond the protection of the Balkur and Kradse Mountains to the north of Karsk lies the Spoil, the cursed remains of the Empire. Shining cities and golden fields are now haunted ruins and scarred blighted dunes.   A boiling, angry red mist hangs heavy over the land, reality itself shifts within the Spoil, the fabric between worlds has been torn. Strange beasts from unknown planes roam, nightmares manifest striking any nearby before disappearing. Entire towns and roaming hordes from alien realms phase out of the fog, dissipating quickly or lingering menacingly.

Escaping the northern mountain range, tendrils of red purple mist from the Spoil snake into Karsk this is the 'Spill'. Weakening the barriers between reality, the corrupt twists of ethereal vapour bring denizens of other planes, less powerful and numerous than those that roam the Spoil but no less deadly. Citizens of Karsk must be ever vigilant to the threat of the spill.

A vast megalopolis sheltering over two hundred thousand souls. When refugees fled to Karsk from the cataclysm there was little space to house them. Upon the orders of the Archduke the council of Querencia began constructing housing for the refugees, the sprawling shanties swallowed local villages and towns. Over time the shanties were converted to stone buildings, great towers built with Arcane magic and dwarven skill and the city grew into the sky.

Map of The Duchy

Karsk and Seven Eaves have very fertile land, The wines are famed and the wheat and produce bountiful and abundant. The strain of feeding Querencia has impacted the potency of the soil of Karsk but for now the yields hold and the harvests continue. Those that can lay hands on older wine can taste the change, but most claim it is their taste buds remembering a better time.

In recent years flora and fauna harvested from the Spoil has been brought into the Duchy, these strange cross pollinated crops often yield bountiful harvests feeding the poor of Querencia. But some feel they weaken the barrier between realms and encourage the advance of the Spoil. The Druids of Blathmar disdain the practice and claim it weakens the potency of the unspoiled earth they fight to clense.

Son of Emperor Elwid I, Archduke Tholon oversaw the influx of refugees to Karsk and the construction of the vast megalopolis Querencia after the Cataclysm.
The day-to-day running of the immense city is entrusted to the guild masters. The Archduke maintains control via the Justica and vast army under his control.

Menra and Violet, the Archdukes daughters, act as regional rulers to Karsk and Seven Eaves respectively. Unifying the two lands under the Duchy banner. 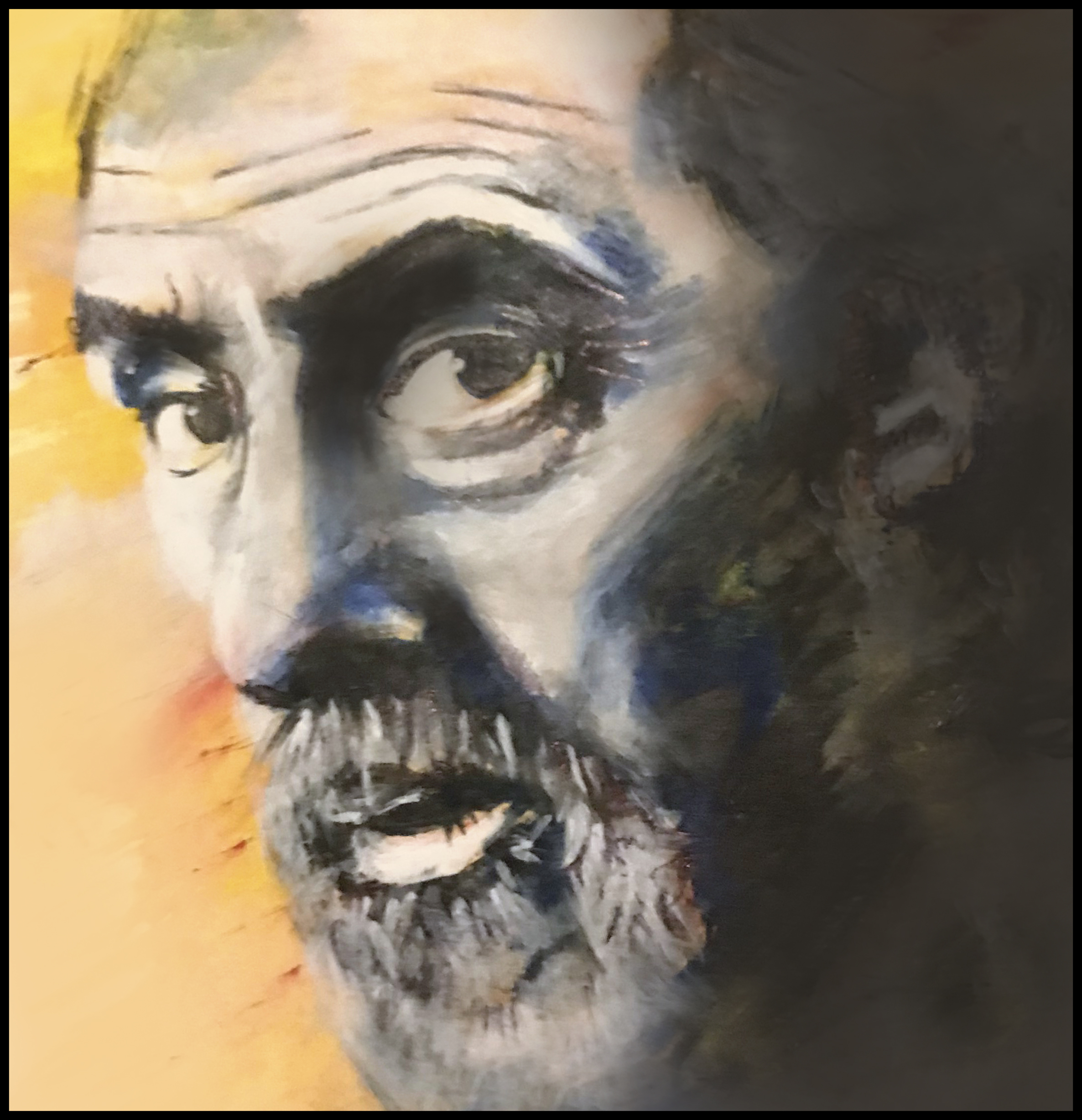 Original art by Martin Hughes.
At the age of 18, the then Duke cut short his studies with Nalik the Elven arch-mage, to lead his father army against the Orc and Giant tribes of the Vadon Wastes.

Rising to become Imperial Commander, before taking his place as Archduke of Karsk upon the formation of the Empire.

Archduke Tholon concerns himself with commanding his army against the threats from the Spoil. The day to day running of the City of Querencia falls to the masters of the Guild Council under the auspice of the Lord Chancellor of Querencia.

Handpicked from the Archduke's regiment, mounted on Griffons, Justica bring protection and justice to the megalopolis of Querencia. Primarily tasked with protecting the city from the danger of Spill they are also magistrates empowered to administer the Archdukes law.

Existing outside the remit of the Guilds of Karsk and the with the permission of the Archduke. The Spoil Guilds are formed from the many individuals and organisations who, by contract or folly, venture into the ruins of the Empire. Recovering lost wealth or seeking other treasures in the chaotic wastes. Members of the Guild can amass great wealth very quickly but this opulence can be short lived.

Those who are sworn to a guild may trade in the Dukes coin. Minted by the Archdukes own artificers the Dukes coins buy services between and within the guilds. Spending these coins without a guild mark is punishable by death.