The Sifa Republic is a sovereign state and maritime power based at the city-state Alasas in southern Sefia. It is comprised of ethnic Sifa who, disgruntled with the old Walker ways, traded their nomadic way of life for a sedentary one. It has since grown into a major economic power in Kralle.

The Sifa Republic's head of state, the Reis, is elected periodically by the Grand Council of Sifa. The Reis serves for life, although they may also resign by choice or be forcibly ousted by a supermajority vote of the Grand Council. The duties of the Reis are actually fairly limited. Primarily, they serve as the figurehead and diplomatic symbol for the republic. Theoretically, a Reis may grant pardons, overrule legal decisions, and even unseat councilors, but a Reis who rules too actively is likely to be removed by the Grand Council, or otherwise "disappear." The most typical responsibility of the Reis is that of diplomat, and indeed the Reis can often be found abroad, negotiating with foreign leaders.   The Grand Council is essentially a formalized merchant's guild, and is responsible for the passage of law within the Republic. New councilors may be appointed by a simple majority vote of the existing Council. While there is technically no upper limit on the size of the Council, it's unlikely that a new councilor will be voted in if the Council already exceeds about fifty members. Councilors are almost exclusively wealthy merchants from within the Republic, and as a result the Council mostly serves the interests of the wealthy.

As a whole, the Sifa Republic mainly aims to exert economic dominance over Kralle. By establishing trade routes with all other major political entities, it seeks to form a world where all other states are dependent on the Republic. As a result, trade routes and innovation are highly valued and pursued by the Republic's government. Overall, however, the ultimate goal is simply to create a stable, sedentary life for the ethnic Sifa— an modern alternative to the traditional ways of the Walkers.

It's no secret that the Sifa Republic dominates the world's oceans: the Sifa Navy is unparalleled in Kralle. Additionally, the material wealth of the Republic is immense, and many of the wealthier merchants live lives that even the most extravagant of Derrish nobles would describe as grossly excessive. The Republic also maintains a large team of trained drakes, some for military purposes but most for transportation.

A relatively young state, the Republic grew out of a reactionary movement against the traditional ways of the Walker. The settlement and conquests of the nearby Derrish opened the eyes of the Sifa to the sedentary life, and as religious tension mounted, groups of rebellious Sifa eventually split off from the Walker clans and formed minor villages on the southern fringes of Sefia, just outside the reaches of the Qahn. Many of these villages were doomed to enslavement, attacks by drakes , or even mundane starvation. However, those who settled in the Sefia Peninsula proved successful, and over time, a pecking order that would ultimately grow into the Republic surfaced. The recently sedentary populace of the region found itself with an alarming amount of downtime, and much of this excess energy was poured into scientific observation and innovation. The Republic found itself growing rapidly and drawing in increasing numbers of disgruntled Walkers, until it eventually developed into the robust trade power it is today.

As the Republic is a city-state, the vast majority of the population is centered around the coastal capital, Alasas. However, the sheer population of the Republic has caused the population to radiate outward in recent years, and some minor municipalities have developed as a result. These are headed by mayors specially appointed by the Grand Council, but are still considered de facto provinces of Alasas.   Birth rates in the Republic are quite high, probably due to the sexual revolution of the area after centuries of toil under the chaste Walker system. The Republic's superior technology greatly reduces infant mortality, and the affluence of the region makes the average lifespan rather long as well.

The base level of technology within the Republic is lower than that in Deren due to the handicap of millennia spent wandering the desert as Walkers. However, their rate of technological progression is far higher, and Sifa innovation is world-renowned. Inventions such as the clock and the compass have revolutionized life on Kralle, and clever Sifa methodology for agriculture (particularly the use of guano as fertilizer) has resulted in an explosion in production for Kralle's farmers.

The Republic has no official state religion. However, many of its citizens still cling to Walker superstitions even when they renounce the religion itself. The Derrish faith has taken a minor foothold in the Republic, but missionary efforts are minimal, and there is no significant demand for a religion anyway.

The Sifa Republic regards its Walker cousins with distaste, which is unsurprising given that the Republic itself is a reactionary movement built from disillusionment with the Walker lifestyle. The Walkers themselves are indignant toward the "traitorous" and "heretical" existence of the Republic, though they have come to rely on it for supply restock. They exist at an uneasy truce, though Walkers are the targets of considerable harassment when they are found within the Republic's borders.   Relations with Deren are positive, though Deren does look down on the Republic for racial reasons. That said, trade between the Republic and the Derrish captial of Urheim is quite vigorous, and the Derrish city has even begun to adopt the Republic's unique mercantile system over time.

The Republic has a massive fleet to its name, which it uses both for exploration and trade. Its control over the Jaziel Sea is absolute, and although their power in the wider ocean is lesser, it is still unmatched throughout Kralle. Additionally, there exists a rather long caravan trail domineered by load-bearing drakes between the city of Alasas and the northern Derrish settlements. Some minor tradeposts have sprung up around the caravan to facilitate trade operations.

The average education within the Republic is very good— even most peasants receive at least equal education to most lesser Derrish nobles. Topics covered include the natural sciences, mathematics, Sifa literature, history, Derrish language, and business. 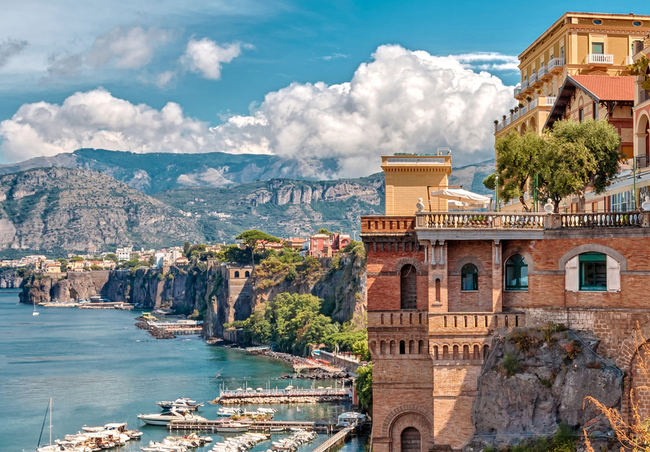 Type
Geopolitical, Republic
Demonym
Sifa
Government System
Democracy, Parliamentary
Power Structure
Thalassocracy
Economic System
Market economy
Major Exports
The Republic is the main exporter of glass in Kralle, and their salt industry is fairly strong as well. Additionally, Sifa inventions such as clocks, compasses, and paper are widely valued in the wider world, particularly from Deren. The coffee bean is also indigenous to the peninsula, and the Derrish elite have developed a taste for it. Furthermore, their boat-building is world class, and Sifa boats are highly prized within Deren.
Major Imports
Derrish goods are in high demand within the Republic— particularly, brave bird poultry, apples, blackcurrants, grain, wildflowers, tea, and natural resources such as wood, stone, and metals are imported from Deren in mass.
Legislative Body
Legislation is produced by the Grand Council, a group mostly comprised of wealthy merchants that are elected in by one another. They pass laws mostly to further their own interests as economic powers, and often work actively to suppress the power of the elected Reis. The legislation passed by the Council generally deals with economic issues and is centered on merchants; peasants are governed mostly by their local leaders instead.
Location
Sefia
Controlled Territories
Neighboring Nations
Related Ethnicities

The municipal center of the Sifa Republic city-state