A creature most bizarre populates the sheer cliffs that divide the desert from the temperate lands of Deren. They cling to the walls as though they themselves are a natural part of it. Like the drakes, they are not quite lizard, and not quite bird... But, unlike the drakes, they are fully feathered and can fly as well as any swift or sparrow. As i marvelled at them, one flew by my head like the wind itself, and i can't help but entertain my fanciful imagination in thinking that it whispered a tender word in my ear as it whizzed by...
— from Jaziel's notes

The mountain drake, alternatively referred to as climbers and cliff knots, is a species of drake endemic to the Northern Derrish Mountains, an area referred to as the Boreal Cusp. They are the smallest known species of drake, and the only known one to be fully feathered and capable of true flight. Clever and swift, they frequently assume the role of trickster in superstitions and pagan folklore.

The mountain drake is psychologically similar to the microraptor. It sports functional flight feathers on all four limbs rather than the usual two, making it one of the few four-winged animals on Kralle. It practices a phugoid form of flight, and its wings are arranged in an uneven biplane configuration in order to maximize lift. Unlike most other flying drakes, mountain drakes are true fliers rather than gliders, and can launch into flight from a standing position, without a running start. A large, fan-shaped array of feathers on the tail enables more minute control of trajectory.   Their feet and hands are adorned with large claws for grabbing hold of mountain ledges on a macroscopic scales. However, the palms of the feet and hands lined with rudimentary setae, which give them decent adhesion and allow the mountain drake to scale sheer walls with some difficulty.   Unlike most other drakes, mountain drakes are fully feathered, and produce a special hydrophobic oil that prevents the body from being soaked. The contour feathers have an abnormally large surface area, which allows them to trap larger amounts of warm air beneath them when the drake ruffles its feathers. Additionally, the down layer is very thick, giving the mountain drake a distinctly fluffy appearance.   Mountain drakes must maintain a precarious balance between remaining warm and retaining the ability to fly. They keep this balance by way of a special adaptation that gives them unusually precise control over their contour feathers. When not flying, the drake can push its contour feathers outward significantly, allowing the down to expand and increasing its surface area by as much as 250%. However, during flight the contour feathers lay down very firmly, which mats the down and streamlines the drake's form, reducing drag. Though it isn't necessary for warming purposes, mountain drakes can ruffle their feathers out even further, making them appear far larger than they really are. This technique is used in mating rituals as well as in self-defence. The feathers are a deep, bluish black, with a blue iridescence that's visible only in the sun, similar to the black feathers of a European magpie, as pictured in the sidebar.

Mountain drakes reach sexual maturity in a little less than a year. Mating season takes place during the spring. As it draws near, mountain drakes tend to descend gradually toward the northward mountain steppe, where the climate is significantly warmer. Mating rituals involve the intense ruffling of feathers in order to exaggerate size, in addition to acrobatic aerial displays. Once a mate is found, the pair return upward to the mountains, and the male circles the area briefly in order to lay claim to the area.   Mountain drakes construct their nests using grass, twigs, and whatever other resources are available. They prefer building them in mountain crags, outside of plain sight. The space is often constrained enough that heat retention is facilitated, but spacious enough that access is not inhibited. The female lays a clutch of two to nine eggs, averaging at about four. She does not leave the nest for the entire gestation period of thirty days, during which the male continually provides provisions.   Eggs hatch over a span approximately twenty days, meaning the youngest chick can be weeks younger than the oldest. Typical survival rate for young is 75%.

Hatchlings are born with a full set of teeth, and are capable of eating autonomously, so they don't need the mother to pre-digest its food. However, they cannot fly from birth, so the father continues to provide provisions for the young until they fledge.   Fledging takes place a little over a month into life. Fledglings are taught to fly by the mother— once they reach this point in the life cycle, the father takes its leave and does not return. Fledglings begin learning to fly by gliding, often between trees that are located on the more sloping regions of the mountains. As their ability matures, they work their way up gradually to true flight. Once they can fly alone, they leave the nest and become full adults.   Mating takes place during the spring. Females may lay a clutch every year if they wish, though they rarely choose to as rearing a clutch is severely energy intensive.   The lifespan of the mountain drake is uncertain, though it seems to be unnaturally long. No aged mountain drake has ever been recorded, though it's clear that they die.

Mountain drakes reside exclusively in the Boreal Cusp, which comprise the northern stretch of the Derrish mountain range. They do not breach the peaks, and live on the northern face of the mountains, toward the White Steppe. They prefer steeper areas, as their unique ability to scale sheer surfaces provides them with protection against inferior climbers. Mountain drakes are usually found either flying about as they hunt, or clinging onto sheer cliff faces with their feathers ruffled for warmth.   The mountain drake serves as an ecological cleaner and distributor. It snacks on low-lying weeds and lichens, which prevent the propagation of invasive species. Additionally, it tends to pollinate as it flies about. Its flight from the peaks of the mountains to the northern steppes introduce organisms from each habitat to the other.

The mountain drake is an opportunistic feeder, though it doesn't shy from hunting. Its diet consists primarily of insects and smaller birds, though in a pinch it can eat grasses, flowers, fruits, and seeds. They sometimes snack on the lichens and mosses that grow along the cliffs they perch on.

The eggs of the mountain drake are too small to be considered worth harvesting, but their beautiful iridescent feathers are valuable items sought after for use in Sifa fashion. They are frequently featured in hair styling as well as ornate, ceremonial headdresses.

Restricted to the Boreal Cusp, i.e. the northern brink of the Derrish mountains

The mountain drake is uncharacteristically clever for a drake. It's shown to have very, very limited vocal abilities and can mimic some sounds in a crude vein similar to that of the mockingbird. They've been observed using small sticks to scratch lichens and mosses from stone so as not to dull their claws, which constitutes basic tool use. Some informal experiments have indicated visual self-recognition when presented with the mirror test. Some superstitions indicate that they're capable of basic math and verbal repetition, though these claims have not been verified in study.

Like all drakes, mountain drakes have a very acute sense of smell. As food in the mountains is scarce, they put it to excellent use in tracking their nourishment. Their eyesight is also unusually keen for a drake, and this enables it to hunt nocturnally, though this is rarely done due to the chilly temperatures. 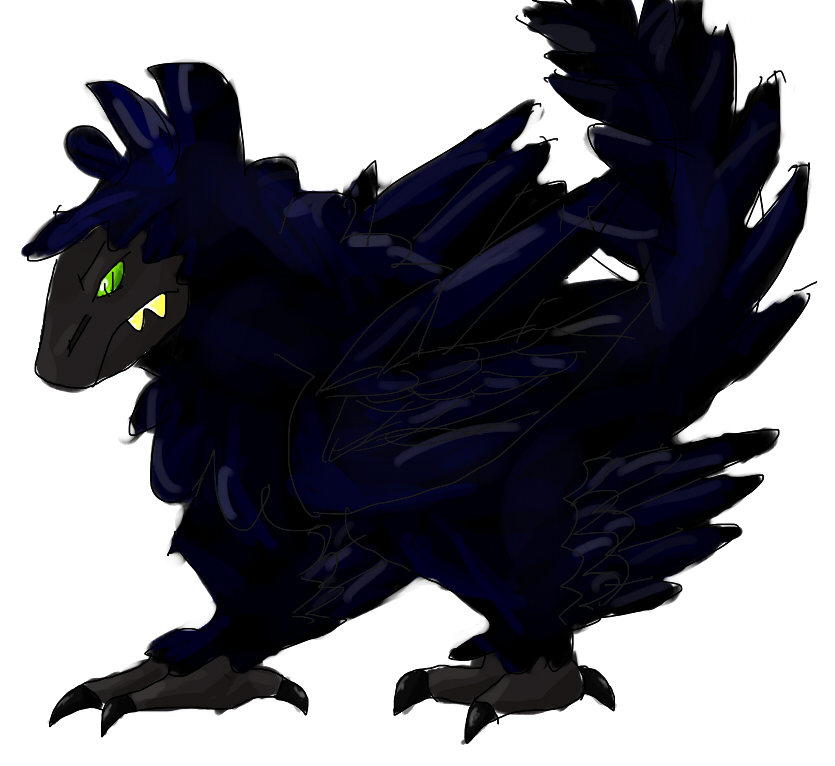 Genetic Ancestor(s)
Scientific Name
Ascensioraptor psychrophilum
Lifespan
Unknown, but possibly exceeding one hundred years in some cases.
Average Weight
1kg
Average Length
75cm
Body Tint, Colouring and Marking
Body coloration is primarily a deep, bluish, iridescent black, like that of the European magpie or common raven. The blue coloration is much brighter and more visible when the feathers are exposed to direct sunlight. An example is pictured in the sidebar. 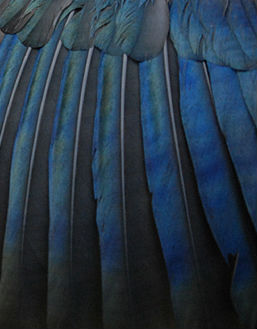 This article constitutes my submission to the Specious Species contest, but it also represents a very important organism in the ecology and, more importantly, the plot of Kralle. This is probably the most work i've put into an article so far, so i hope you enjoy the article content as well as the art i've arranged for it. Let me know what you think in the comments below!

Nice touch including alternative common names for the species! :D