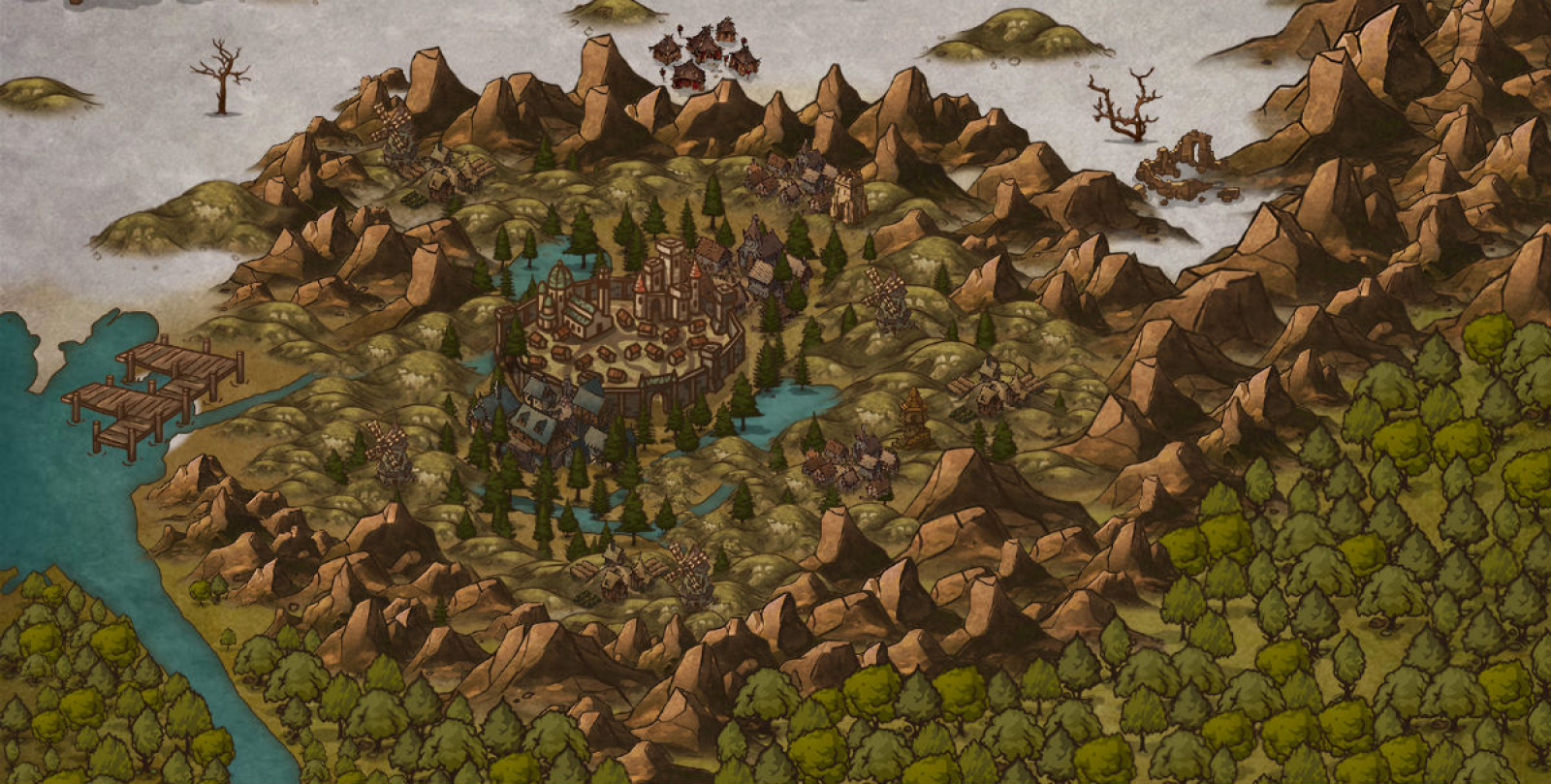 King Albrecht Ernst III of Urheim is the current reigning monarch of the Kingdom of Deren. He is the seventh monarch of the Ernst Dynasty, and is known for his economic liberalism and easygoing, ]laissez-faire attitude toward his vassals.

Albrecht is undoubtedly an old man, and his youth has long since left him— however, his above-average height means he still cuts a rather intimidating figure, and his hair is still long and full despite its silver coloration.

Albrecht's creamy skintone is paler than the Derrish average, which is an attribute typically interpreted as weak or sickly. His eyes are a cool grey, and he stands about a head over most of his kinsmen— he radiates the energy of a grizzled warrior despite having never spent a day in battle.

Albrecht's face is largely hidden by his large white beard, but what which is visible is lightly wrinkled and gaunt. His facial structure is very stark, with jutting cheekbones and a long, sharp nose. Still, his eyes twinkle with kindness, and his expression is more amused than severe.

King Albrecht is left-handed and has a slight tremor. His voice is deep and some of his pronunciations are slightly reminiscent of the Sifa accent due to his time spent in their territory.

Albrecht received the education one might expect for the heir to a kingdom, and was instructed by the finest court tutors in Deren. However, his education was unique in that he was the first Derrish monarch to undergo tutelage under a Sifa instructor. In fact, Albrecht spent a portion of his adolescence in the city of Alasas and learned their mercantile ways. This education was ordained by the then-reigning monarch, Albrecht's father, in the hopes that Albrecht would be able to bring the Sifa Republic's prosperity and rapid development to Deren.

King Albrecht's reign has maintained the peacetime enjoyed by Deren for the past several centuries. However, due to his hands-off approach to the royal vassalage, in-fighting among the dukedom and countdom has reached an all time high. It's thought by cynics that Albrecht's lax dealings with the vassalage may result in the rise of superdukes that may threaten Albrecht's power, and as a result the stability and legitimacy of the Kingdom of Deren as a whole. Insofar, however, his reign has been marked by a lack of significant strife. Notably, although relations with the Sifa Republic were already decent before Albrecht's reign, his dealings with them have strengthened the economic and diplomatic bond between the two states dramatically, likely due to his knowledge of and sensitivity to the culture due to his internship in Alasas. He has also encouraged a movement within Urheim toward the mercantile, capitalist system embraced by the Sifa, and as a result has increased prosperity and innovation at least within the capital city.

Albrecht's hands-off attitude toward his vassals has resulted in many changes to the overall political dynamic of the kingdom, some good and some bad. Overall, however, his lax grip on his subordinates is viewed by most as feminine and weak. Additionally, Albrecht was unable to produce an heir before his wife passed her child-bearing years, leaving behind the first female heir to the Kingdom of Deren in centuries— a fact that many, particularly Albrecht's critics, view as a sign of a long period of lax rule over the Derrish dukes that may eventually result in the overthrow of the monarchy and the fragmentation of the kingdom as a whole.

King Albrecht is widely viewed as quiet, wise, and a tad goofy. Although he isn't the most outspoken, he is generally viewed by most as a strong diplomat, and is well-liked by the majority, even despite his flaws. Although he has no military experience, he is a cunning businessman and is well-versed in the strategies of trade. He is, in fact, a far more skilled diplomat and tactician than he is often given credit for.

King Albrecht openly believes that the role of the king is that of the diplomat, and that a loosely-ruled kingdom enables potential to be reached by the powerful most fairly and effectively. Additionally, he's a detractor of the traditional Derrish way of feudal taxation, instead believing that income produced from outside the kingdom is more reliable and lucrative. These philosophies have shaped Deren throughout his reign into a looser, more dynamic kingdom with softer and more positive international relations.

King Albrecht wants nothing more than to see Deren develop into a large, united kingdom and a significant trade power in Kralle, to rival the Sifa Republic. He is not fond of the current feudal system, and would like to see it replaced, though he does not pursue this agenda.

King Albrecht is an economical mastermind, and has a thorough understanding of the human psyche. Both of these qualities make him a master diplomat in spite of his un-Derrish demeanor and unassuming, soft-spoken nature.