Excerpt from 'Life and All That is Known' by 'Hynruel' the self proclaimed 'Scribe of the World,' also known as 'Hynruel the Hilarious.'

Nature can be both fascinating and sometimes horrific. The etymology of the Corpus Bee is one such horror that lives within the natural order of Koraiya.

I have personally observed these Bees burrow into the eye sockets of dead animals and “harvest” rotted flesh, consuming and storing it in a specially-evolved internal pocket until they deliver it to the hive and secrete it there. Worker Bees (the Drones called 'Corpus Drones') then use their own unique digestive enzymes to break it down further into a honey-like substance – which is decay-resistant, so it can be stored and used to feed the hive population over extremely long periods.

They are very easy to anger and wide berth should be given this Bee, especially as their size is that of an average Human head.

As far as the “Corpse Honey,” I have not personally tried to eat it. The very nature of how it is produced turns my stomach, and I dare say sounds much too close to cannibalism even though the material has been effectively "transformed." Regardless, many rumors of side effects of those who have consumed the honey, both good and bad have reached my ears. I have heard it stated that the Corpus Bee itself was a creation of The Legion, and yet another claim testifies that The Legion Cultivates these Bees as the Corpse Honey have properties which help The Legion attune to The Nether more sharply. As of this writing I simply do not know.

Gathering the Honey, as you imagine, is a tricky sort of business. I have spied an Orc Tribe use carrion as bait to lure the Bees out of their hive so they could attempt to extract the honey from the hive themselves. Unfortunately this was only partially successful as the Drones which stayed at the nest easily overcame one of them and began to liquefy his skull and face before my very eyes. The remaining Orcs, for what it is worth, managed to escape with their plunder as their Orc mate screamed his (or her?) final breaths into the air.

The Corpus Bee has six limbs and four translucent wings. Its entire body is covered in shell like chitin protecting its body from other predators. The average Corpus Drone is the size of a Human head, whereas the Corpus Queen is about four times as large.

Unlike other Bees, the Corpus Drones do not mate with the Queen. Instead, there is one designated "King" who never leaves the side of the Queen. Less a King, and more a pauper, his role is to continually impregnate the Queen until she kills him, which, it seems, could be at any time and for any reason. At that time a seemingly random Drone is snatched by the Queen and chosen by her to be the new "King."

As all Bees, the Corpus Bee has incredible eyesight. They seem to have vision far beyond normal capabilities. However, it also seems that this becomes severely hampered at night. The very few times they have been seen flying past sunset, they were reportedly flying into trees and other obstacles at full speed.

"It was the worst battle I had ever seen. Even as we were tested beyond measure by our foes on those fields of blood where steel met bone, the Corpus Bees where swarming unfettered through us like a rising tide of death. There were so many they blotted the sky as melted flesh dripped from their flying bodies. Aye, and the buzzing… it will never leave my ears… millions of them buzzing, so loud they drowned out the very screams of both friend and foe that day. All of us who survived that day were spared only by the Maker himself. Spared, maybe, for the nightmares still haunt me to this day…"   General Gorell, of the Harken Magistry, recounting his early days as a soldier at the Battle of Kumier. 1119KS 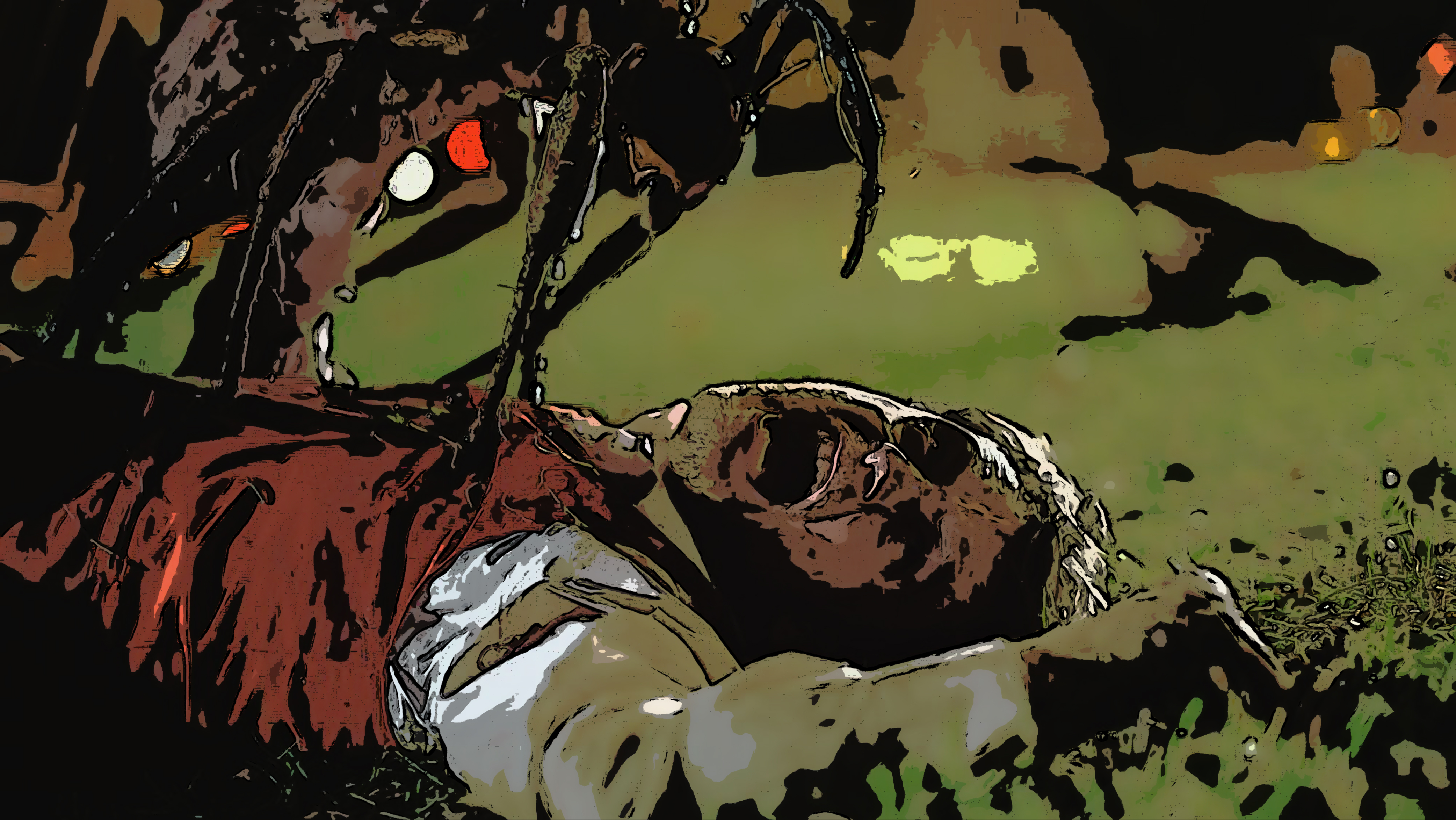 Lifespan
5 Years
Body Tint, Colouring and Marking
Depending on the climate, Corpus Bees actually have a beautiful color range befitting the environment that the hive is in. They have been seen from colors of a fiery mix of yellow and reddish hues near desert or volcanic terrains to blue with white highlights in the Northern Spines.

Freakish and disturbing, I love it.

Loved the detail in this, and how you get into the voice of various people from your world. Superb, grotesque stuff!

First off what a nice image, Second this creature is scary and disturbing and I would not want to meet one in the wild that is for sure. But overall love the details you provide!

A unnerving and chilling entry, my only critique is that I wish there we links to some of the things that are discussed, such as The Nether. I can understand it with context clues though! Is corpse honey coloured like regular honey, or does it have an unnatural colour?