„The pantheon calling themselves „Eternal counsel“ is a strange case.
Living not only on this planet, but even having themselves aligned to a country of Prius there is no denying their divine existence.
They may claim themselves to be those, who unlocked lost secrets of the world, which allowed them to merge their mortal soul with an undying body, which could render them to be looked at like frauds.
But that is definitely not the case.

This religion has followers worldwide, even within their enemies territories.
They have shown us times and times again that their rightful place is divinity.“
A proselyte

A mechanical pantheon, that got founded in a dark age, where the world was begging for anybody to help them rebuild the world, that got turned to ashes by unknown forces.
Four so-called, Eternals, suddenly appeared out of the rubble, claiming themselves as survivors of this earth-shattering event. Having still access to the vast technological knowledge, that got lost, they agreed to help the population of Prius in exchange for nothing. But we began worshipping them as the relics of the old-time they were, as a shining signal that they can rebuild all that, that was lost. What started as a simple partnership between old and new developed itself quickly into a religion worshipping technology and progress. The Eternal counsel got ascended by its people into godhood and this belief solidified itself in the following millennia.
Gathering all their loyal followers the Eternal counsel eventually founded the country of Etherium taking part as gods on Prius in worldwide politics, trade and more.
Other countries, who don't follow their religion but their teachings, view the Counsel like the above ruling class of Etherium bending and twisting the law whenever necessary.

The legislative body consists of the people best suited for such a crucial task.
A group of selected Eternals under the helm of Terminus writes, defines and refines the laws of Etherium and in a slightly lesser degree the whole of Prius. Important members of the creation of the declaration of law are Notitia, Venar and Calces forming the industrial and scientific picture of view in the wolds favour. The law system of Etherium is considered a fair and nurturing one for supporting everlasting progress in Technology.

Leading the Judicial body as their Grand judge, Justitia, is overseeing the carrying out of the Law. She is supported in her case by the demigods of Life and Death, Gratia and Sagus, who have taken over organisation of the judicial aftermaths.
Formerly judging herself she is now responsible for training the high judges of the country to carry out and defend Etherium‘s law. Justitia is the only one in possession of an absolute veto, which she can use if her judges are disregarding the given rules.

Overseeing the execution of Law and Order are the gods and demigods, who are the Spiritual leaders of their respective military organisation. The god of war Vigor, Fleet-commander Vapor and the nautic commander Unda are overseeing the execution of their cause on land, water and air. They hold an unquestionable command power over Etherium's troops and law-enforcement units, which they can use to literally turn an 180° turn on their countries war plans. If the mortals behave foolishly and are running to their demise these three will put them back into place immediatly.

Within the Eternal Counsel, there are only two defining ranks present. The official rank order is the god quartet and then the ascended demigods. Within these ranks they are all equally important having each their own personalized playground in the world.

Rule, define; change. Being a living pantheon on Prius the Eternals are interfering regularly with their reign, taking over important Seats in the country of Etherium and being the diplomatic organ between them and the other countries of Prius.

In theory are all riches of Etherium the riches of the Eternal counsel; if they happen to use their absolute power over their denizen, which luckily only very rarely happens, they can mobilize the entire country within less than a day. 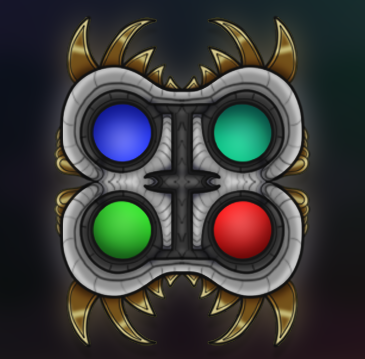 Never heard of those, no records; nothing.

I really like the concept of a Parthenon of science and industry :D And also the idea that the gods are just normal people who got access to some lost technology and that they rule the world directly :D

Yeah...‘lost technology‘, sure, let’s go with that, you can call the Eternal‘s origin ‚lost‘ :p   I explored the outer layers of theIr True roots in my manuscript novella „A piece of heaven“ in case you wanna know more ^^