Eccentric, Magnificent, Magical...and wild enough for making you run for your life
— A random peasant describing the capital after visiting it.

Ulán-Shang-Kov (Улан Шанх Ков) is the capital and most populated city of the Kingdom of Moskova.It is the headquarter of the Moskovar Monarchy.It is famous because its extravagant architecture which mixes several different styles.It is a cosmopolitan city surronded by a big conurbation. Seen as a city of magnificence and beauty, it is considered the heart of Moskova's culture.

The population of Ulán Shang Kov is numerous and pretty diverse since it is a cosmopolitan city, with lots of contact with other settlements from Moskova and abroad. It is possible to find Moskovar, Kozzakhi, Somi and other cultures from the country alongside foreigners. Contrasting to other places, Kozzakhi are a very vulnerable group in this city as they are targeted by  Tsar  Ivar 's government.

As in many cities of Moskova, the important buildings in the center of the city are protected a Kremlin (fortress). Ulán Shang Kov's Kremlin has many towers which purpose is providing a place for vigilance from the height and shooting in case of a riot or invasion.

This city produces a big diversity of items that are traded with other settlements of the Empire, sold in local markets and exported to other nations as well. Pottery and crafts using iron and precious stones are common as well as jewelry, weapons like arrows, bows, swords and other kinds of blades such as knives and axes.
Clothing crafting is very developed and used local materials like wool and leather alongside imported ones like silk. One of the most recognizable trademarks of Ulan Shang Kov are the colorful woolen carpets and rugs decorated with elaborated designs, as they're are famous not just because of their beauty but also because them are told to be magical. The truth is that despite most of the magical carpets being actually normal carpets with rised prices, by lurking around in the markets with more attention a buyer can find actual flying carpets. 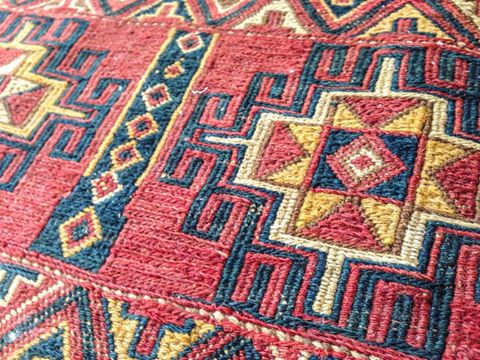 by Voice of central Asia.
Clothes are also something that's produced in the city and some examples are fur coats, fur hats, and fur boots.   There are many outdoor markets in the city, and the most crowded one is the Market Square which is also the largest market of the country. Among the products mentioned before, there is possible to find a big diversity of traditional food and livestock animals, many of them exotic.

Main article The Dark Army.
Since Ulan Shang Kov is the capital, it is also the place where the influence of the central government is the biggest. This also turns the city into a very frequented territory by the Dark Army's patrolling and their propaganda. This paramilitary group has its headquarters in this city.

Ulán Shang Kov is also famous due to the crime gangs. Them mostly have one or more adult leaders who hire teens for robbing and other sorts of violent acts as well as illegal commerce. Those gangs are problematic but also subject of several jokes about Shangkovian citizens and their "chaotic" city.
Something curious is that, despite the Tsar and his government being pretty authoritarian, some of those groups are still being active, raising people's suspicion about some sort of link or even complicity  between them and security forces such as the Dark Army. In fact the current sergeant of the The Dark Army (and Tsarevich), Mikhai Rankash has been part of a gangster group when he was younger and was raised in one during his early childhood.

The first records of the name "Ulán Shang Kov" are traced down to the year 1000, as it was mentioned for the first time in a Chronicle by the Prince Yuri , however, this area has been inhabited by humans for centuries and before the first official records, there were several smaller settlements in this place and those may got unified for founding the city. In times close to its foundation Moskova 's capital city used to be Nodvragoda so despite not being a small city, its importance was by far lower than nowadays.

Invations of the Peoples of the East

The general panorama of the city changed when the Principality of Moskova suffered the raid of several nomadic tribes from the East in the period 1030-1040. During this period the chaos reigned and Nodvragoda did progressively lose political power. Ulan Shang Kov, despite the initial destruction caused by the invaders, ended taking advantage of the situation as it ended earning power and protection in charge of tribute to the invaders and also was culturally influenced by them.

During the fifteen years that followed the invasion, known collectively as the "Troubled Times" or "Anarchy of the 15 years", the power of Nodvragoda as capital disappeared completely and the cities that used to be under its political influence got subdued by the invaders. Ulan Shang Kov's growth of relevance thanks to the invasion was seen as some sort of betrayal towards the Principality.   The current Great Prince's son, Boris Grosnik moved from Nodvragoda with the The Solar Crown by the request of his father Vasily with the purpose of keeping him safe. However, the city's boyars began to consider Boris as their Prince and a localized government as more efficient than being ruled from Nodvragoda. Boris got crowned by them and declared Ulan Shang Kov as the new capital of Moskova without the consent of his father who was still living in Nodvragoda.

Since Ivar Grosnik rose as the new Prince and changed his rank to Tsar of Moskova, the city earned even more power and did lead lots of conquest campaigns towards other cities.   Ulan Shang Kov began to be seen as the capital of a  strong political power by other countries and also, as an enemy by some of them.   One of the most remarkable changes regarding to previous reigns is the incorporation of The Dark Army.

The city catches the attention of tourists and merchants from many locations of Moskova and abroad. Some places visited by travelers are the Marquet Square, the parks, the amphitheater and the Botanical Garden. The architecture, the food and the traditional rugs are also considered a reason to visit the city.   There are many inns located in streets near the Market and the Kremlin.

A really famous treat of Ulan Shang Kov, considered almost as a trademark of the city, is the wide diversity of architectural styles among its buildings and its colors. Shankovian architecture represents its character of cosmopolitan city so it is a unique blend between architectural traits from Western and Eastern cultures. In the latest decades, the government has hired Western architects, hence the increasing amount of western styled buildings.
One of the most used features are onion domes, common in temples and palaces among other important buildings. They are supposed to prevent the snow to accumulate on the rooftops and can be found in many other cities besides the capital. Most of them are golden, but also is common to find some colored ones, decorated with intricate designs. 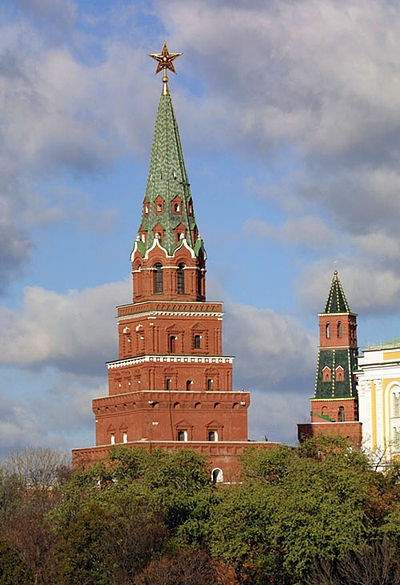 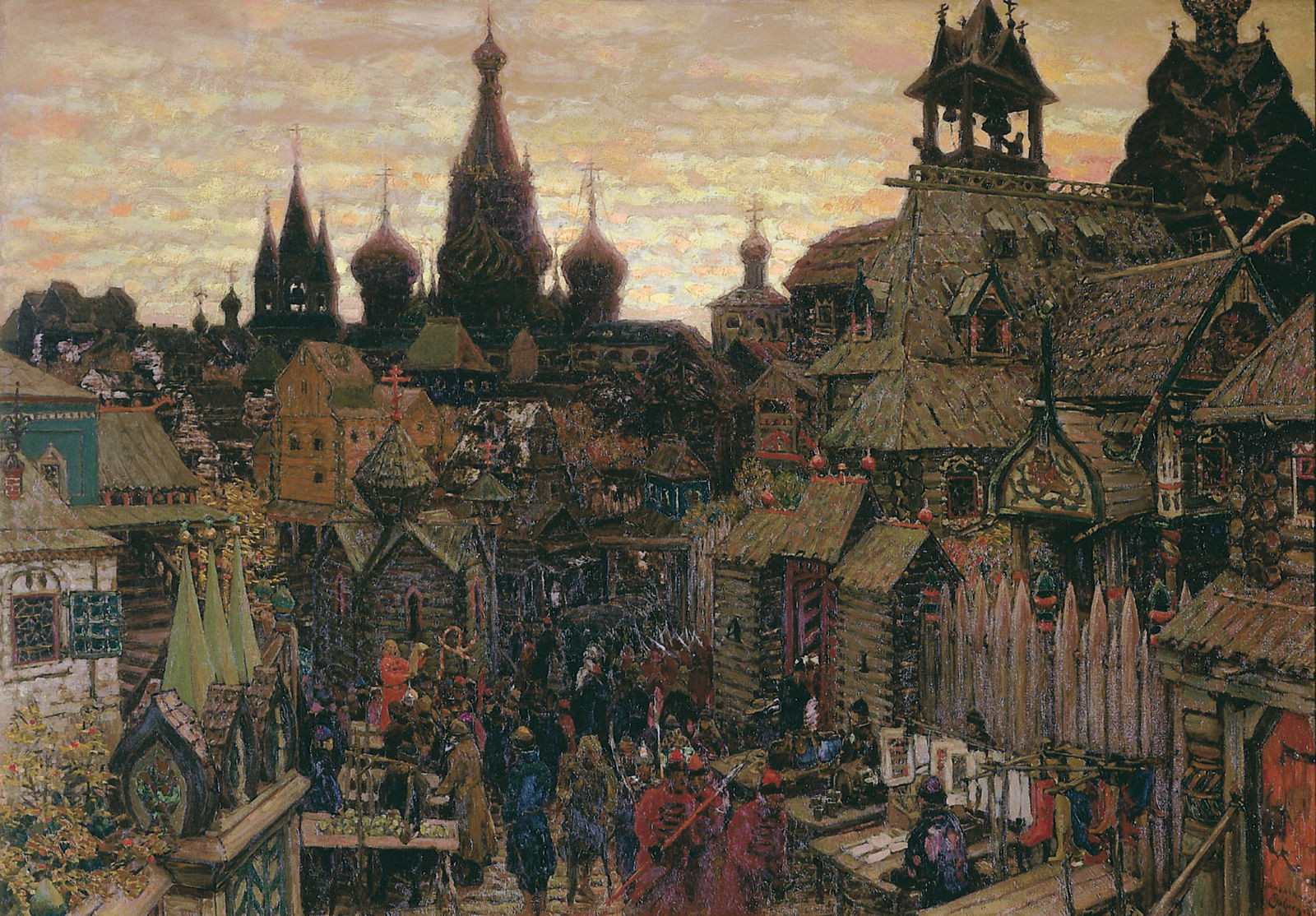 by Apollinary Vasnetzov
Spires and tall, pointy shapes are considered a treat taken from Western countries, especially from their religious buildings. Those traits are used in some of the newest palaces and other buildings combined with the traditional Moskovar architecture for creating an extravagant and unique result. The latest renovations for the city's Kremlin are an expression of it, as some western architects were part of them.   Civilians ' houses tend to be simpler than important buildings and are made of wood.   The main materials used for construction are stones, wood and terracotta. The most common colors used in architecture are red, white, green, brown and yellow.

This city is located in the West of the country, near to its borderline,in a region which natural environment corresponds to Steppes, due its middle dry weather.Some cities and towns that are close to Ulán Shang Kov are for example Bombailog and Rekalikov.

As it was previously said,the environment where this city is located correspond to steppes,areas that are plain without too many trees,in fact the most characteristic plant of this kind of places is the grass.Here the winters are longers than summers.In summer,the temperatures can go from temperate (around 15°C) to hot (+30°C) depending on the winds and heat waves.During the first half of the winter is when the most rainfalls occur,mainly in the form of snow so is common to see great accumulation of snow in this city.The temperatures in the winter are mainly cold,they can easily reach numbers as -30°C. The city is divided in two by Reka Ulán (the Red River) and the environment of its shores is dominated by wetlands, with pretty fertile mud and more humidity than the surrounding region overall.

This city owns several natural resources for facing the issues of being a capital and most populated city of the county.The Red River provides fishes during most part of the year while the plains are used for agriculture for obtaining cereals and livestock breeding for obtaining wool and meat. Due their low humidity, the plains need to be watered so several cannals for collecting water from the Red River were made. When the river is frozen, carts can ride on the ice, so it can be used as a "second bridge". The wetland surrounding the river's shore is used for obtaining fertilizers for improving the quality of the plains ' soil and its trees used to be used for wood in the past, however since people noticed that cutting these trees makes the soil lesser resistant and leads to flooding, now most of the wood is obtained from the forest and transported to the city by carts, so wood became a common item for trading between Ulán Shang Kov and other cities. 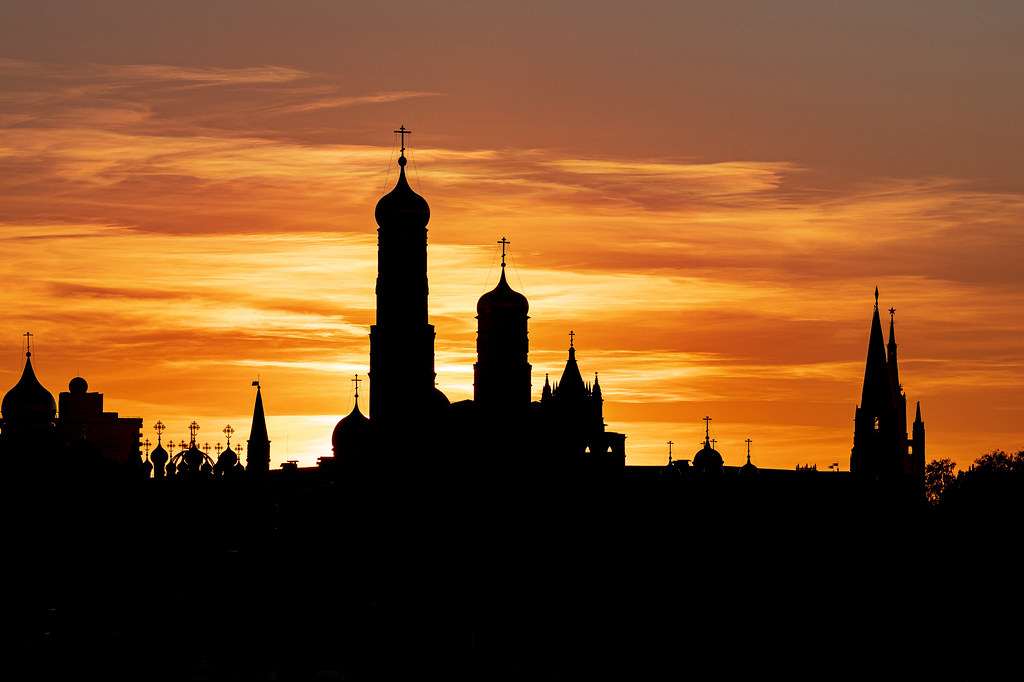 The city got many recognizable symbols.

While most of Moskovar city names are composed by just one or two words,this city's name is composed by three words.Translated from Moskovar, the name of the city is usually considered to be Great Red City. There are several explanations for this name.   One of them says that the Prince Yuri Dudnikov, founder of this settlement wanted the name of the city reflects its future grandeour,as red is the color of prosperity in Moskova,they choosed this name.Other theory states that since terracotta is the main building material of the city,specially in some structures as the Kremlin which has a bright red color, the settlement was named after its color.   By the way, the most interesting and complicated issue about the name for for most historians is the word "shang" since it can be found in Huanese language as the root for the name of several of their cities. This word's translation is spproximately, "upon the sea" so there are several posibilities about the reason of the inclusion of this term in the name of Moskova 's capital. Since it could be a linguistic loan from Huanese to Moskovar, by one side the presence of this word in the name can be refering to the wetlands surrounding Reka Ulan contrasting to the overal dry steppe environment of the region where this settlement is located as the actual sea is far from it. In the other hand, the sea could be just a metaphor for something big and powerful. 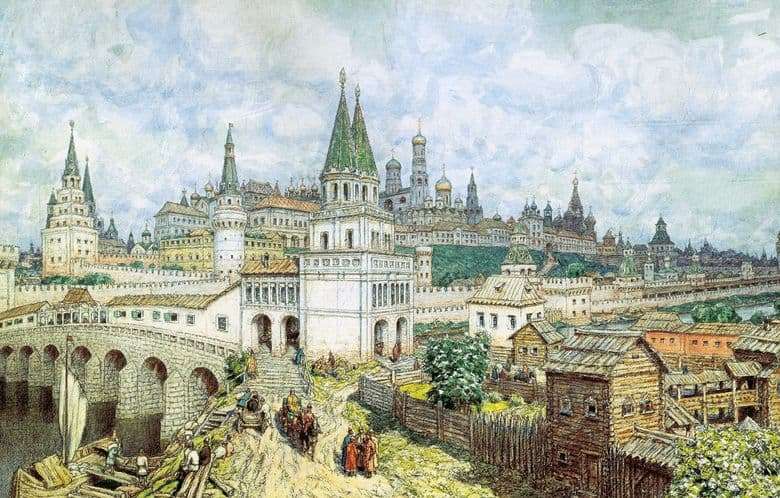 A very detailed and thorough article! I like that you paid attention to the surrounding area around the city. Like the note that the trees around the city are no longer cut down because it made the area more prone to flooding due to soil! Very well researched. Great job!

Thank you a lot! I appreciate you like it ♡♡