Valthyx the Evoker is the Dean of the Royal Academy of Evocation (also known as the Orange Dean) and a High Wizard. He is an honorary member of the Prydisyrr Historical Society.

Valthyx was born in Guthynya, a small settlement near the Circle of Spirits in eastern Dathyll, during the reign of Queen Galythiel. In those days, the Kingdom of Laeryll actively sought out magically talented young elves in the regions and offered them training in Prydisyrr. As his mother was a dedicated follower of Ildan, Valthyx had been exposed to arcane rituals and reflections on magic from a young age onwards, and he experimented with spells from a variety of schools. At age 21, Valthyx was selected to join the Royal Academy for Evocation in a special training programme, and in 422 LC he graduated as a True Wizard. He subsequently moved to Lloridan, where he became the mentor of Basonda of Zhai in what he would later call the most intellectually stimulating decade of his life.   In 441 LC, Basonda moved to Prydisyrr with her husband Olyxx the Warborn, where she was crowned Queen of the Kingdom of Laeryll. Together with Olyxx II, she ruled the kingdom with Valthyx as her most valued advisor on all things magical. When the Kingdom of Labar ended in 592 LC and Jalyxx II was crowned Emperor by the Church of Dorgoth, Valthyx joined Basonda and Olyxx II on a diplomatic visit. Valthyx later remarked he was overwhelmed by the industriousness and ambition of the Labareans. While contemporary elves considered the gnome political system to be a peculiar imitation of the elven court, Valthyx was already foreseeing that something larger was brewing on the Labarean peninsula.   Upon Olyxx II's unfortunate death in 599 LC, his young son took the throne as Olyxx III. Olyxx III had little patience for the philosophical and sometimes grandiose tendencies of Valthyx and the courtly role of the True Wizard slowly diminished. Valthyx took up studies again at his alma mater, working on rituals he had first learned during his time in Zhai. He remained somewhat politically active and was often invited as a speaker at the Prydisyrr Historical Society, where he railed against the Dorgothian doctrines of the Labareans. The 622 LC Magic Ban that was issued by the Labarean Empire strenghtened his convictions that the Kingdom of Laeryll had met its nemesis in the gnome empire.   In 722 LC, Valthyx received the title of High Wizard from the Royal Academy and in this capacity he regained political clout just a few years before the Labarean invasion of Silimanis. Once this invasion occurred, Valthyx promoted military intervention behind the scenes, but to no avail: King Olyxx III found it unwise to engage in warfare, with the events of the Qosidian secession still fresh in his mind.   In 773 LC, Valthyx became the Dean of the Royal Academy for Evocation and under his lead, the Academy started studying lost forms and practices of magic, with a special emphasis on Zhai magic. 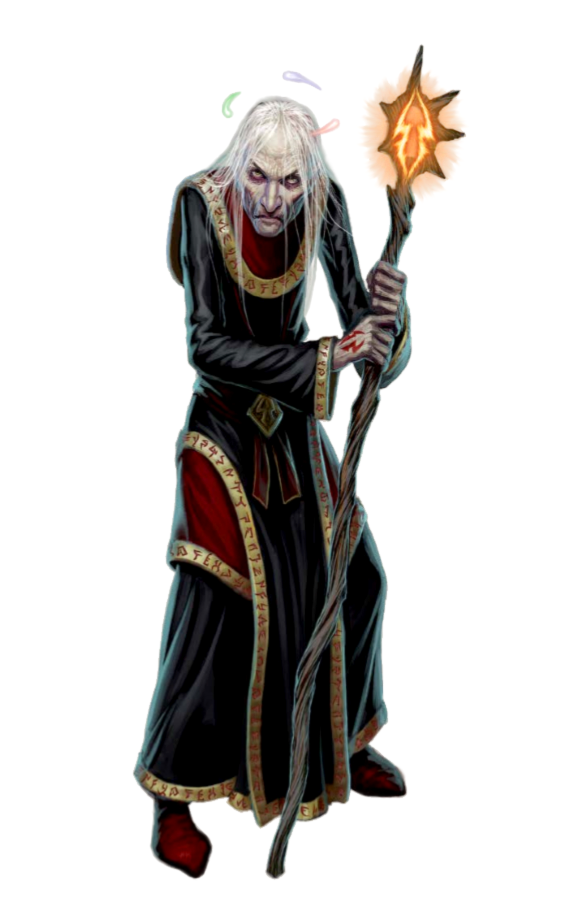