Torak Arad (of Clan Arad) is a dwarf trader who is currently retired and living in Oltumur, Qosid. Arad spent many years trading Osfynn, Labarean machinery and alcoholic drinks and made a sizable fortune. His gastronomical preferences brought him to the wood elf province, where he resides in a large mansion.

In early 903 LC, Torak was approached by the Fuddy Estate, which had been trying to negotiate the rights to a pipeline carrying water from the communes in the Old Forest to the Ice Sea. The gnomes had been talking to all the communes that made use of the many springs and waterfalls in the Old Forest, but could not put together a deal that satisfied all parties -- and none of the Old Forest communes was interested in monetary compensation. As Torak was familiar with the customs of the wood elves, the gnomes asked him to act as a mediator.   Torak agreed and engaged with the wood elves. A new proposal came from these talks: the Labareans would be able to collect water from a limited number of water sources and were to carry it via pipeline to the docks of Oltumur, where the water could be collected by Labarean ships. The new deal allowed the wood elves to maintain control of the water, so that it would remain accessible via the gift economy. The Labareans would construct and finance the pipeline, while Torak would bring in dwarves for the required digging. Although this proposal was in principle less interesting to the Fuddy Estate, which already owned a water operation at Renderak Castle, the proposal also included free, albeit limited access to the pipeline for three decades and a low, fixed fee in the twenty years after that. 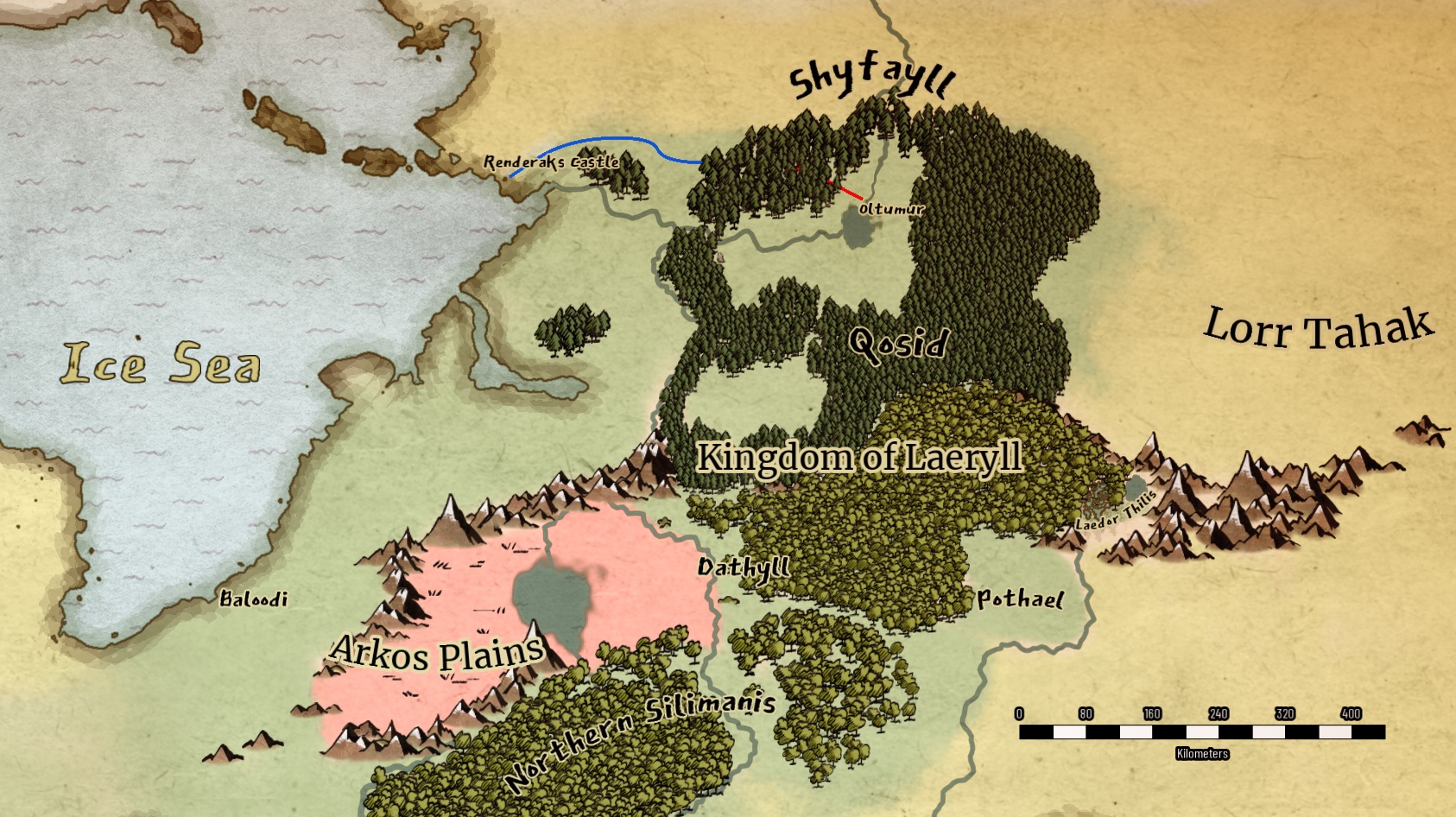 The Fuddy Estate initially wanted to bring water from the northwestern Old Forest into Renderak Castle (blue line), from where it could be transported to Baloodi. Torak Arad instead proposed moving the water to Oltumur, from where it could be carried into the Ice Sea by riverboat.
All parties appeared to accept the new proposal, which would have benefited Torak in two ways. First of all, the Fuddy Estate had promised a commission if an agreement could be reached. Secondly, Torak had been secretly dealing with Falended Hyrthe, the Representative of Oltumur, to receive a fixed percentage of any spring water that was sold in the harbor.   The deal had not been signed, however, when the Declaration of War Against the Labarean Empire by the Kingdom of Laeryll arrived. This was a dramatic game-changer, as it was unlikely Labarean merchants could still freely enter Qosid in wartime, let alone Lake Olt.
Current Location
Oltumur
Species
Dwarf
Year of Birth
603 LC 301 Years old
Birthplace
Porcupine Mountains
Parents
Harkuun Arad
Dafneg Bordirūn
Children
Belief/Deity
Klanek
Aligned Organization
Clan Arad
Other Affiliations