The Labarean organization Blade of Dorgoth was founded in 699 LC and is dedicated to securing magical items, locations and artifacts throughout the Northern Arm. It is also known to assassinate wizards opposing the Empire. Operating in secrecy, the organization's formal aim is to neutralize magic, in line with the 622 LC Magic Ban. Its symbol is a shield showing a fountain spring, overlaid with a dagger.   The Empire makes use of the Blade of Dorgoth to get rid of political and/or magical threats both domestic and foreign, but ultimately has little control of the semi-autonomous organization. Its founder Brior Dabblespeck was given a large share in the Imperial Trading Company and was allowed to divert funds from there to set up operations, complemented by direct income from the Imperial Treasury. He structured the Blade of Dorgoth according to his principle of “wild order”, setting up an untractable network of secret societies, military leaders and contractors, kept in line by a harsh regime punishing failure or perceived corruption.   While all members of Blade of Dorgoth are sometimes called 'blades' colloquially, the organization itself only refers to its field agents that way. 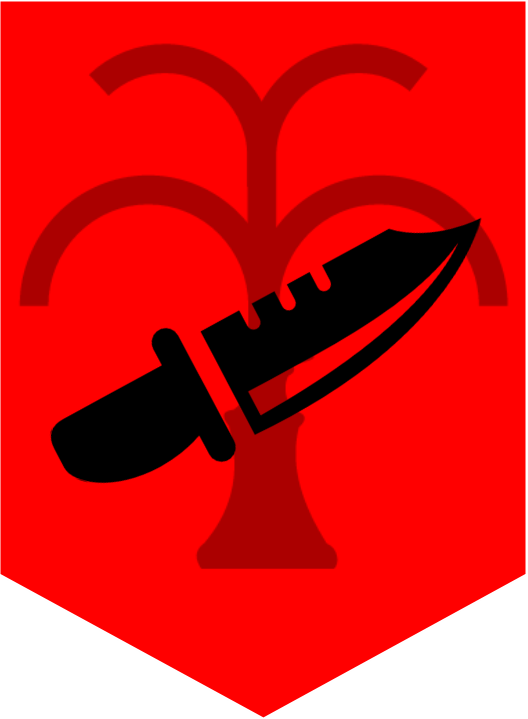