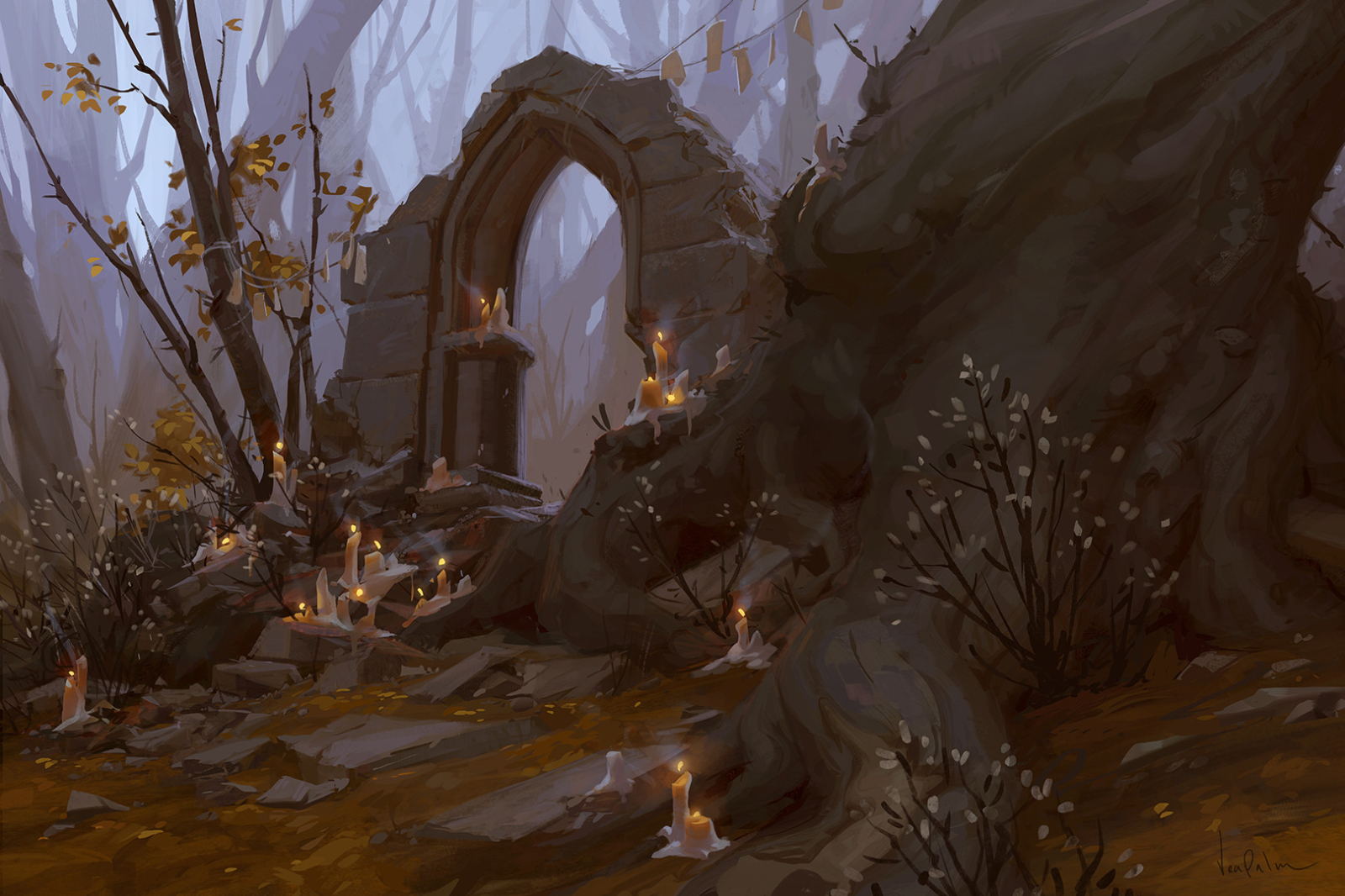 "Nothing is what it seems. None more so than the gods who fiddle with our lives as if we're but playthings in the vast cosmos of existence. Which, we are of course, but still. They bless as easily as they damn, answer prayers on divine whims, and stars forbid they decide to manifest — it's nothing but mists and monsters from the Hidden Realms. Aye, but that's alright I think, whether we reach the Hands of Fate or not, our lives will eventually end. But the gods? Those poor bastards have eternity to suffer."
— Raell Fet


Telmarea, the Many Realms, is a world of magic and conflict, where neither ends and neither triumphs. From the floating Empire of Runeria, to the Kingdom of Bones beneath the Mountain of the Moon, to the Free Cities of Hudoran, Telmarea is rife with magic and strife.

A Brief Guide to the Many Realms

Of the known world, there are two main continents: Norvosi, a supercontinent that's almost wholly in the northern hemisphere and Sothoryn, a shattered land speckled with isles, jagged mountains, and the remains of ancient immortals.   The Belt of Dazulgul or the Shimmering Sea, separates north from south with treacherous weather, vast distances, and a trench so deep, it's said to reach the very center of the earth.

A large and diverse continent, those that call Norvosi home experience life in a wide range of weather, climate, and biomes. From the floating alpine isles of Runeria, to the thick, matted Deepewoods, to the floating fragments of earth in E'eth Dorei, and the rolling hills that only the Giantfolk claim, Norvosi is a wonder to behold.   A few of the prominent players:

The Empire of Runeria

Settled comfortably in the northeastern region of Norvosi, the Runerian Empire is one of the oldest settlements on the continent, save for E'eth Dorei and Dhor Taruhm. They've fought endless wars in ages past over the right to rule their floating alpine isles and have rebuked everyone through their innovation, progressive ideologies, and powerful sorcerers.

The Divine Collective of Belenaria

Son of the Sun, Daughter of the Light—Belenaria is a powerful and influential theocracy in west Norvosi. It's well known for it's Paladin Order of Belenus, the vibrant whitestone architecture, and the Clerical Order of Dawn. Though often at odds with Melrenond and the former Kingdom of Windemere, they're currently experiencing few tensions with their neighbors.

A fallen nation, struggling to rebuild. The Sovereign Eye, formerly the Kingdom of Windemere, is slowly starting to piece itself back together again. After a failed conquest, a successful rebellion, and the disruption of the Norvosian Slave Trade, the leaders of the Sovereign Eye are finding it difficult to gain the recognition as a sovereign state in the eyes of Belenaria and Runeria.

The Deepewoods is a massive, interconnected, magical forest. It's said the oldest trees within the wood have roots that reach the Feywild. The Coalition is the "formal" name for the unification of the several nations, cities, factions, and villages within the Deepewoods. Though they're nearly fifty separate territories, when one speaks of the Deepewoods, they usually speak of it in it's entirety.

Shattered and jagged, only the northern part of Sothoryn is hospitable, as the farther south you travel, the more widespread and harsh the marshland fumes become. There is nothing hospitable farther than Zeffari... but there are cities dotted along the northern Evercoast that even the gods are envious of.

A few of the prominent players: 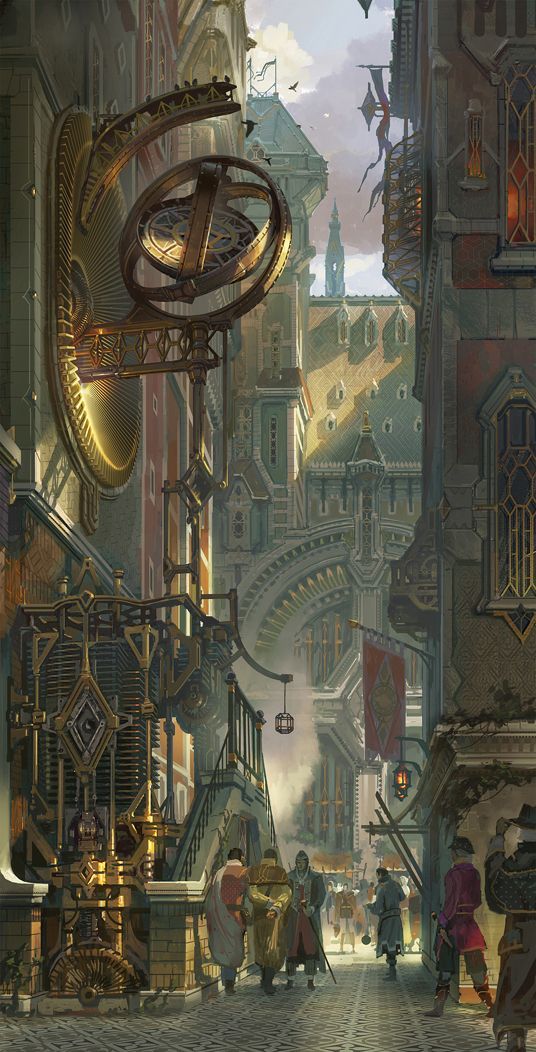 The Free Cities of Hudoran

Ironically named, as it's nearly synonymous with the word slavery, Hudoran is currently experiencing a power vacuum that's leaving the cities in turmoil.

Ellsenas is a technocracy and one of the forerunners in magitech. While their sovereignty is still new, they've taken measures to be taken seriously when completely renovating the philosophy and construction behind airships... and freely sending the information to Belenaria, Runeria, and Catalencia.

A storied locale, Catalencia is considered the most romantic nation in all of Telmarea. Named after Princess Catalencia, this seaport city— while relatively small in territory and military presence —is extremely wealthy due to the importance of it's location in relation to shipments between Norvosi and Sothoryn.

Although it's officially a vassal of Catalencia, Manas Tir is rather seedy... A haven for the ill intentioned. Privateer's might sail to it's sister-city Catalencia, but buccaneers and pirates and adventurers of the misaligned usually find solace within the Skull City. 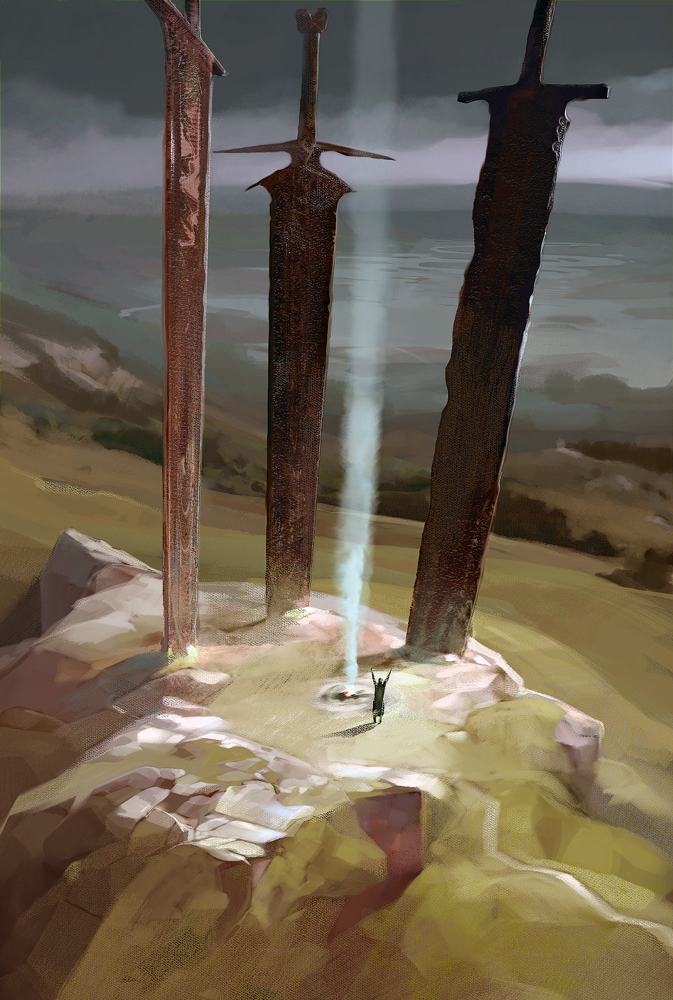 The Fading will soon give way to the Harrowing and the four most harshest months of the year.

But for now, the Many Realms of Telmarea hold on to the warmth and promise of Lastlight.   Read more about the Telmarean Calendar here!   Telmarea is a planet in a newly formed elliptical galaxy, known as the Sea of Shimmering Stars. It is understood to be the fourth planet from the sun and the only planet to support life in their solar system of seven planets.   Marama, the satellite orbiting Telmarea, is quite large and modest— only showing one side in her eternal dance around the world.


Fantasy ...with a dash of magitech here and there. Telmarea is innately magical and magic is an everyday occurrence. Due to this, Telmarea isn't as... stagnant as the average medieval fantasy landscape. A variety of airships fly through the skies above Runeria and aquatic magi-tech machines from Ellsenas travel deep beneath the surface of the ocean.   With magical runes and contracts with elemental spirits, the denizens of Telmarea have cultivated a uniquely magical existence.     Order through Chaos ...yin through yang. Nothing is what it first seems within Telmarea. There are always hidden agendas, substitute meanings, and everything, not just mysteries, is shrouded in mists. To the very fabric of the cosmos and the way nature unfolds itself, paradoxes are a common occurrence. Many believe to find peace, one must have first been through unbridled chaos.     Fate, Free Will, ...and divine intervention. When gods can manifest in godly fashion and imbue their essence into an avatar, it's hard to believe that one has any ounce of free will, that their fate isn't already written in the stars. But throughout the millennia, famous heroes and adventurers have done just that... reached the Hand of Fate and wrote their own tales.     Tone/Setting On Icastbolt's tone/setting alignment chart, I would place Telmarea (where it currently stands) somewhere between Nobleglow and Knightglow.   I would say in ages past and ages to come, Telmarea would adjust along the y-axis.


noun: theurgy;
the operation or effect of a supernatural or divine agency in human affairs.
I, as the DM, take this to mean the amount of agency— divine and/or supernatural —that effects human (and player) affairs.   Due to high amount of theurgy throughout the lore within Telmarea, it seems only right that there should be some divine influence in campaigns as well. I'm assuming this will work differently with each campaign, as it's player characters who make this divine agency important.

Telmarea, The Many Realms is a custom roleplay setting made by rissa/valhaia to work with Dungeons & Dragons 5e.
Cover Image by Vanessa Palmer.


Wow, this took... forever. Once Telmarea grows and more articles are released, I'll be sure to update this one! If you've made it this far, thank you, and I hope you've enjoyed your time here.

A big thanks to my players for giving me the inspiration to do something as grand as DM— and a big thank you (and shout out) to the following Anvilites for having such juicy world intro's that have plenty of tidbits to repurpose and steal. The Almighty Q and Araea, Serukis' wonderful Etrea, Oneriwien's spooky Ravare, TC's Interarcanum, and RiverFang's Isekai.

This is my first (real) world introduction, so I'm sure there's lots I could improve upon. If you notice any typos, weird wording, CSS inconsistencies, or accessibility issues, feel free to lemme know! :) And welcome to Telmarea!