"The smell of sap and the constant buzzing of bugs is nearly unbearable. I should like to move upstream far away from this being-forsaken grove."
Ril Lita Lutipa, Skee Villager 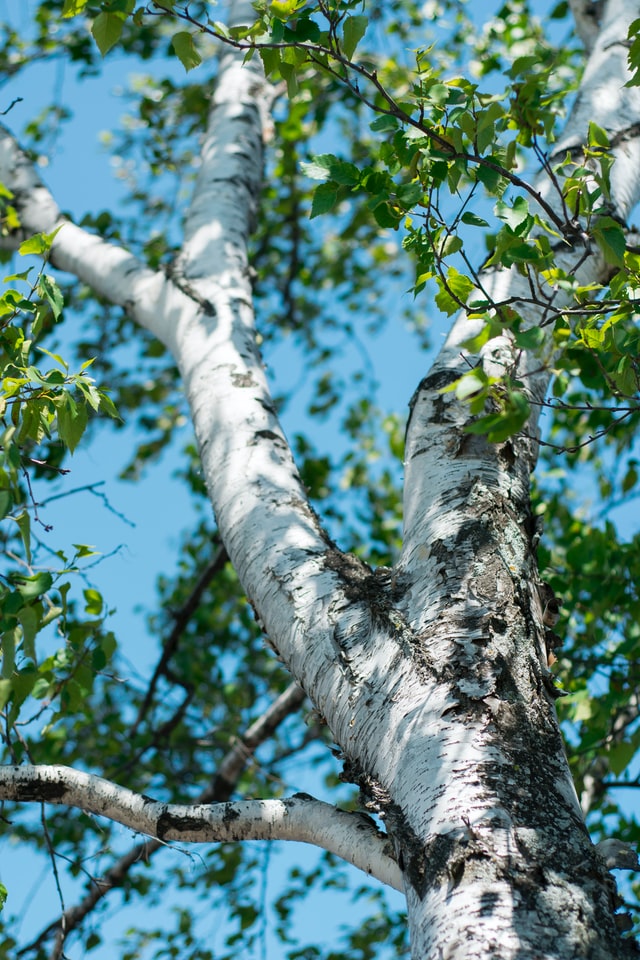 by Jonnelle Yankovich
Dripping Birch trees can be found in patches all over Kelunbar and in the late summer and early fall they produce an unusual amount of sap, giving the trees their name. Unlike many plants in the forest, dripping birch trees bloom in late summer. Their copious amounts of sap attracts pollinators such as dusty fireflies, who feed on the sap, and spread the trees' pollen.

Dripping birches are unusual compared to other birch trees in Kelunbar, not only because of their sap, but also because of their growth habit. Much like aspen trees, these birches grow in groves that appear to be many trees, but are actually only one or two separate organisms. They have a deeply interconnected root system that makes them hardy, but also vulnerable to disease. To combat this, dripping birch groves are spread far apart from each other. While insects do the work of pollination, in the winter they produce nuts which are an attractive food source to rodents such as squirrels, and these animals incidentally spread these seeds around as they go about their business.

Some species of Kelunbar take advantage not of dripping birch sap, but of the copious amounts of insects that are attracted to it. Wyverns especially enjoy the easy snack of a swarm of beetles or flock of fireflies. Rodents, snakes, and birds are all also attracted to these hotspots, ultimately attracting even more predators. Many animals choose to take this high risk, high reward snack. 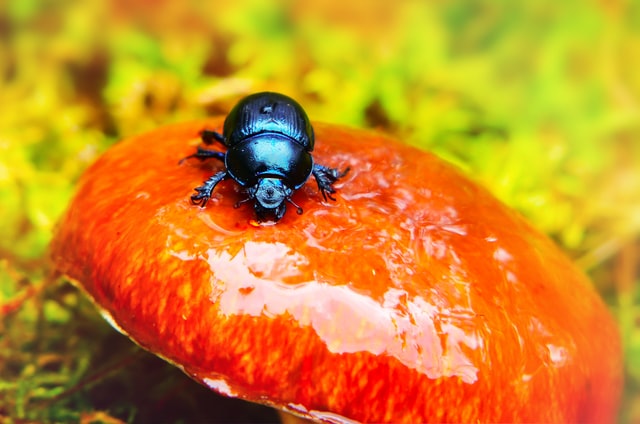 by Krzysztof Niewolny
These trees attract another species besides fireflies. A somewhat large species of bug called sapping beetle also swarm these birch trees, hungry for this high energy food source that comes before the beetles hibernate. This is the only time of the year these beetles swarm, and so birch groves also serve as the beetles' mating ground.   These beetles are largely harmless to dripping birches, but they also enjoy feeding on mysums, especially cibas. A mysum unlucky enough to get caught in a swarm of sapping beetles will likely be devoured in only a few minutes. For this reason, most mysums choose to make their homes far from any dripping birch groves.   Occasionally sapping beetles will feed on other trees and bumers, though it would take an unusual amount of time and beetles to truly do any significant damage to the plant. A bumer would have to stand in or near a dripping birch grove for quite some time.

Copyright Charlotte Mulder 2020. All rights reserved. All Uncredited images are from Unsplash or Pixabay.
Cover image: by Dustin Humes

Oh no! Mysums! D:   I love the idea of the dripping birch groves actually being only one or two organisms. Kind of reminds me of how some fungi work. :D

Thank you! I'm really happy with how this species turned out.