Skittering Jay, or simply Jay for short, is a mekki who was born during the Fourth Age on Erret. Having been highly curious from early on in her life, she earned herself the first name of "skitter", as she was constantly on the move, chasing everything and nothing. For her trial, she caught herself a type of bird known as on Erret as a jay, despite only passing similarity to Terran jays. This trial was not in strength, as many expect, but instead in feats such as ingenuity and adaptability, needed to catch such as flying bird.   True to her curious nature, Jay is one of many mekki to leave their homeplanet of Erret, setting out to travel the galaxy. She loves learning all sorts of new things, but is an explorer by heart, and prefers to learn by doing--or at least by finding and observing it herself.

Lean, flexible, and agile. Jay is in peak physical condition for a mekki.

Skittering Jay hails from a temperate region on her homeplanet, and thus has a temperate coat type consisting of mid-length fur. She is not particularly strong, but she's an excellent climber, earning her lean muscles (as well as further honing her natural mekki flexibility).
Her coat patterns combine a light counter-shaded patterning, consisting of softly blended edges layered underneath her darker body patterns: an overexpressed, almost reverse variant of tiger-like stripes.

Jay has a fairly round face, with a somewhat long muzzle and large eyes. She is also set apart by her facial markings: over-expressed cheek stripes, light eyebrows, and a lighter muzzle and cheeks from her countershaded coloration. Her eyes are blue, a close match to the bird after which she is named.

Though color variants have become more common in modern times, they are still not very common; combined with her exact coat pattern, stripes, which are only produced in hybrid generations, and her orange coloration, these are probably the easiest way to identify her, especially out in the greater galaxy, where the number of mekki is relatively low.

Though Jay's wardrobe varies throughout the span of her life, and as she travels through the galaxy, there is one constant: her necklace with jay feathers, a trophy from the hunt which earned her her name.

Born to happy parents, Skittering Jay was one of two kits in her litter, shared with her sister. Her parents named her Skitter for her endless curiosity, driving her to crawl everywhere she could, exploring. Growing up, she expanded upon her endless walking, running, and skittering with climbing, becoming highly skilled in not only scaling trees, but also rocky surfaces and, later, sheer cliff faces.   For her Name Hunt, she chose not a feat of strength, but one more suited to these skills of hers. She hunted down a type of mountain jay, moderately sized birds which nest on cliffs where most predators cannot reach them. In doing so, she showed a variety of her well-honed skills: finding paths, identifying patterns, calculating the optimal approach (to not get attacked and forced off of the cliff), and of course, the climbing required to reach the birds at all. She found a target and was successful in catching and killing it, earning her the second name of Jay.   Having succeeded in her Name Hunt, Jay was now officially an adult in the eyes of mekki civilization. It was therefore little surprise to her people that she chose to leave, not just their group, but the planet altogether. Much like the bird whose name she now carried, Jay had to spread her wings.
Her travels off-planet were initially rough. While she had an interest in other societies, there was a big difference between reading about them, and actually interacting with them. Additionally, she had little interest in 'typical' professions, instead wishing to explore, to learn in her own way: hands-on. She ended up finding her niche as a strange sort of bounty hunter, taking jobs to track down ancient artifacts or lost items and returning them, as long as she gets to have a good look at the item, learning all she desires from it before actually handing it over. Though not all clients are equally pleased about it, there are plenty who don't mind; archaeologists and anthropologists who aren't so suited to clambering all over crumbling ruins, living cultures whose possessions were taken but who can't steal it back themselves, and plenty of others.

Jay received normal education for Mountaineer mekki, focused primarily on survival skills, history, their fellow mekki, and some basic knowledge of the greater galaxy. When she settled on a path in life, Jay went out of her way to learn more about her interests, being taught by any other mekki she could find who had left the planet, or who knew outsiders. Her greatest learning experience was definitely when she actually left the planet, but Jay was always adaptable and quick on her feet, and learned as she went.   Curious as ever, Jay continues to learn more daily. She explores ruins and ancient buildings, talks with others with similar interests, studies objects, and reads books, listens to talks, or watches documentaries while traveling. Truly, the day she stops learning is likely the day she died.

Though she initially had some trouble finding employment away from her homeplanet Erret, Jay eventually found a career that pays for her survival, and with which she feels satisfied. Though her first months were difficult, jumping from potential job offering to potential job offering, finding her skills suited to jobs she didn't agree with, she eventually got offered a strange bounty. She almost turned it down, until the client insisted she hear them out, and they explained: they didn't Jay to hunt down a person, or even an animal, but an artifact, stored in an ancient ruin they couldn't navigate themselves. Most proper bounty hunters, if they had the skills for such a thing, turned them down with a laugh. But Jay had all the skills, and the morals. And, as the client discovered, the interest as well. From there on, she built a reputation for this sort of thing. An artifact hunter, a reclaimer of stolen goods, an explorer of ruins. It may be unusual, but it works, and Jay enjoys it dearly.

Though Jay finds cultures, ancient and modern alike, highly interesting, she has strict moral rules about such things. Not materialistic in the least, Jay cares only for knowledge, not physical items, but most important is that it has to be willingly given. Not taken, not learned from stolen items, but shared by the people whose culture it is. Even for people long gone, gone extinct millennia ago, Jay asks any others who may have a connection, sharing an environment or ancestry. For this reason, she is always happy to help people reclaim cultural items taken from them, even if she can't learn from them herself in return; they never should've been taken in the first place, and she refuses to better herself off of that.

Jay's primary motivation, at all times, is her curiosity, her desire to learn. Preferring to do so hands-on, she will also gladly learn from books, talks, documentaries, and other such methods. 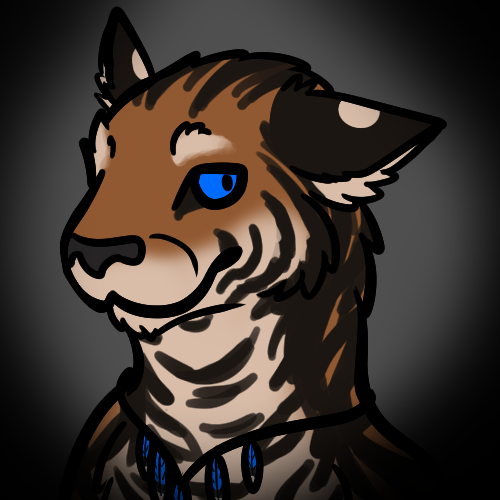