A Kossutha (Volcano) Eruption is one of the worlds most dangerous natural events/Disasters.To witness one first hand,one would think the Gods were so angry they were putting an end to the world. A Kossutha (Volcano),are vents (Shafts that reach down to the center of the world) that are mostly formed on the worlds surface, others can be found on the seabed in the Oceans and Seas.On the surface they are mainly found in hilly and rocky regions,most being within mountain ranges,which can occasionally have eruptions of molten rock,hot rock fragments,and hot gases.The Kossutha (Volcano) was given its name by fire worshipers naming it after their Elemental Fire God Kossuth.
An eruption is an awesome display of the Kossutha's power.Yet while eruptions are spectacular to watch,they can be devastating to all forms of life (Humanoids and beasts,the wilderness (forests and ancient woodlands) and Humanoid settlements,the worst being in densely populated regions where Towns and Cities can be devastated by hot ash clouds,sulphur fumes,flying rocks and debris,and the worst of all Lava.
The Kossutha can begin its eruption when a combination of gases and magma (molten underground rock) build up near the surface,the force of these two elements can emit steam and poisonous hot gas from small vents in the ground.This event can go on for many days or even weeks without a full eruption happening.A Kossutha can lay dormant for many years,some even decades without a full explosive eruption.
The worst eruptions,are the explosive ones when magma rises to the surface as a river of fluid lava,either continuously flowing out or shooting straight up into the air like a glowing fountain of liquid fire.In more violent eruptions,the vent lets out an explosive blast,where rock fragments and debris are ejected in a great cloud of toxic ash and gas,and a river of lava sweeps down the Kossutha’s flanks,incinerating everything in its path.
Another Great destruction is when a Kossutha in a cold climate or polar region has small eruptions spewing forth gases and hot ash,if the ash collects on a high snowfield or a glacier,it can melt large quantities of ice into a flood that can rush down a volcano’s slopes as a mudflow at a tremendous speed.After an eruption in a cold environment the following winters can be extremely brutal to all Humanoids and wildlife for up to 30 to 40 years after. 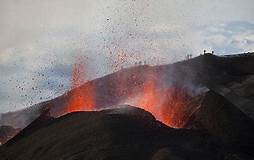 Small Eruptions of Lava by Boston

The Dwarven Kingdom of Earth Home,Located in The Fireshard Mountains in Talosia (Before it became the Talosian Empire) lost over half of its territory,and thousands of its inhabitants when a Kossutha (Volcano) erupted spewing a river of lava and hot toxic gases.The Kingdom originally had forty-Seven Halls (Caverns that had been cut and shaped over hundreds of years into communities),after the event,Halls forty-Seven to Eighteen were destroyed or submerged in lava,leaving the remaining Seventeen Upper halls relatively unscathed.   The Disaster cost the lives of many thousands of Dwarven Citizens including King Dain Goldencrown VIII and his entire immediate family,the line of King Dain Goldencrown had ended.The uncle of King Dain became the next in line,so then became the reign of King Durin Goldencrown I.

A Lava Flow by Wikipedia 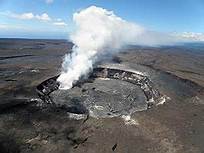 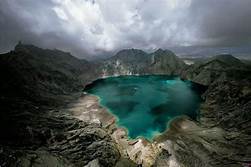 A Kossutha Lake by goodfreephotos 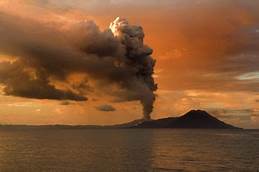 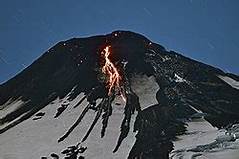 A Kossutha with Lava Flow by Wired 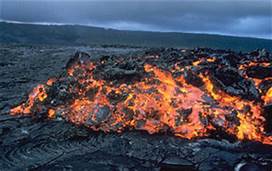 A Lava Crust Forming by usatoday 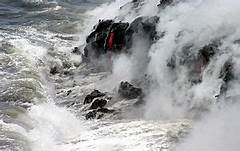 When Lava meets the Sea by medium