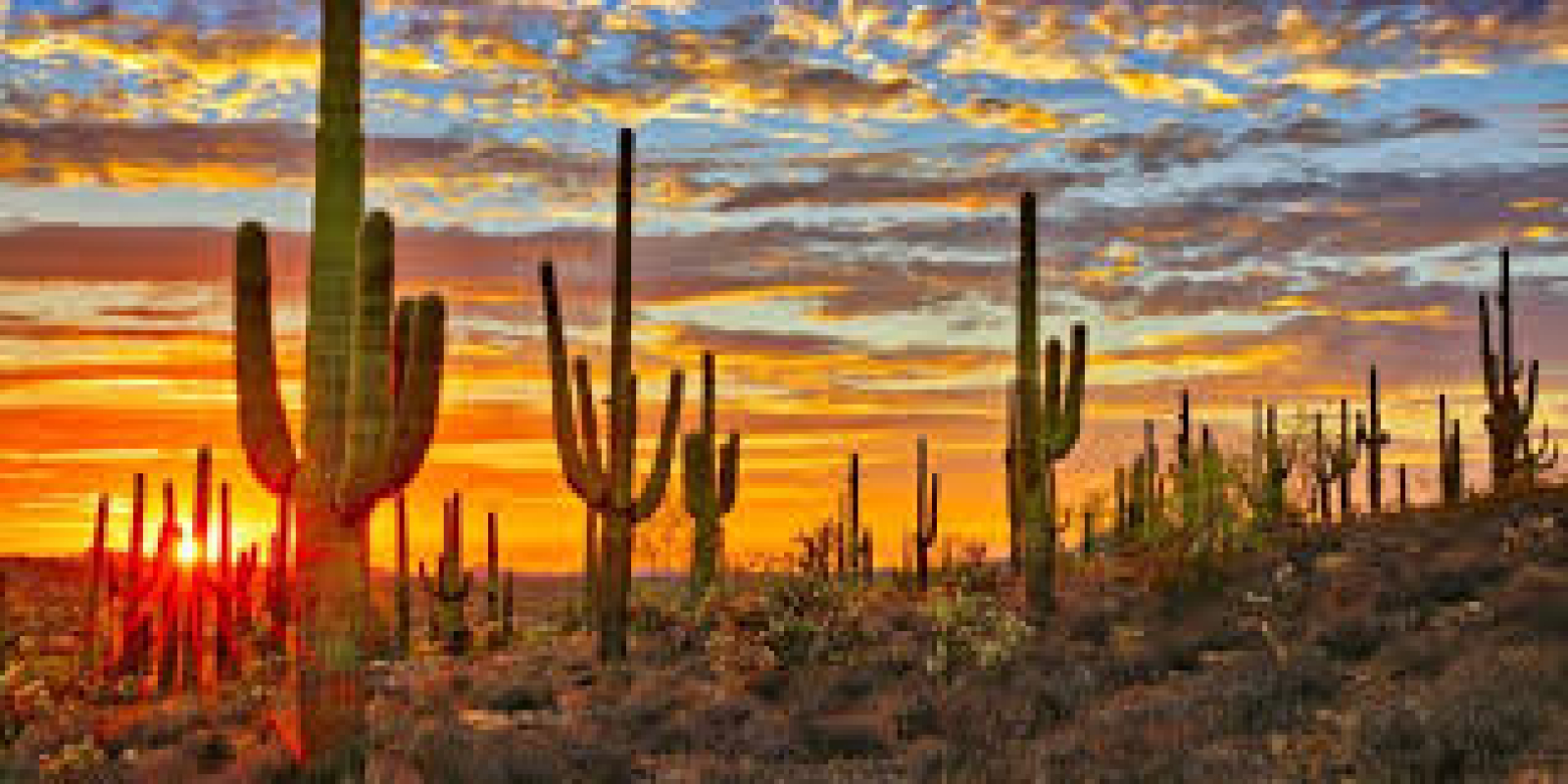 The Red Bloom Cactus is a species of the Castacaecis family of plants which fall into two main groups; cactuenia and cactoid. Most members of these two groups are easily recognizable as cacti. They have the fleshy green-yellowish stems. They have absent, small, or transient leaves, some have flowers, and some have fruit. The Red Bloom has a wide variety of growth habits, which is difficult to divide into a clear, simple category.

The Columnar Variety of Red Bloom

Some smaller Red Blooms may be described as columnar. They consist of erect, cylinder-shaped stems, which may or may not branch. The boundary between columnar forms and tree-like or shrubby forms is difficult to define. Smaller and younger specimens are columnar, whereas older and larger specimens may become tree-like. In some cases, the "columns" may be horizontal rather than vertical, and some have stems growing along the ground, rooting at intervals. 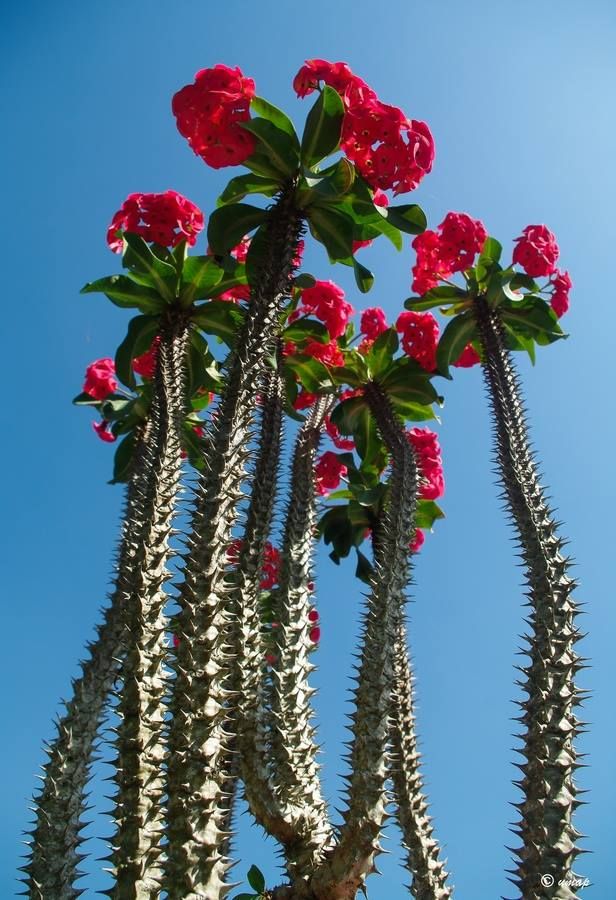 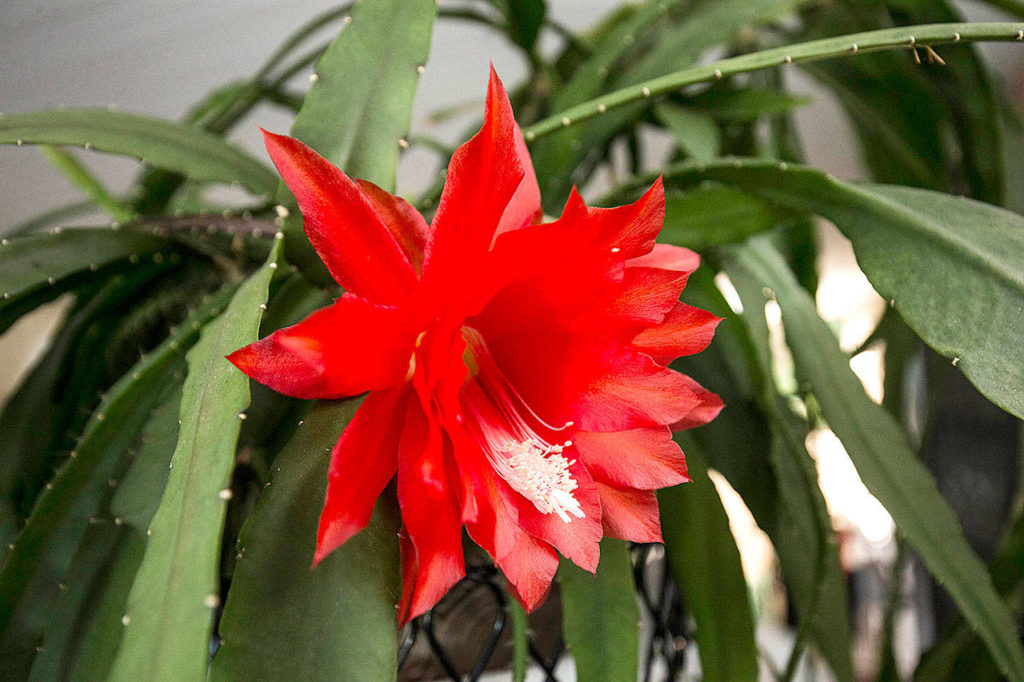 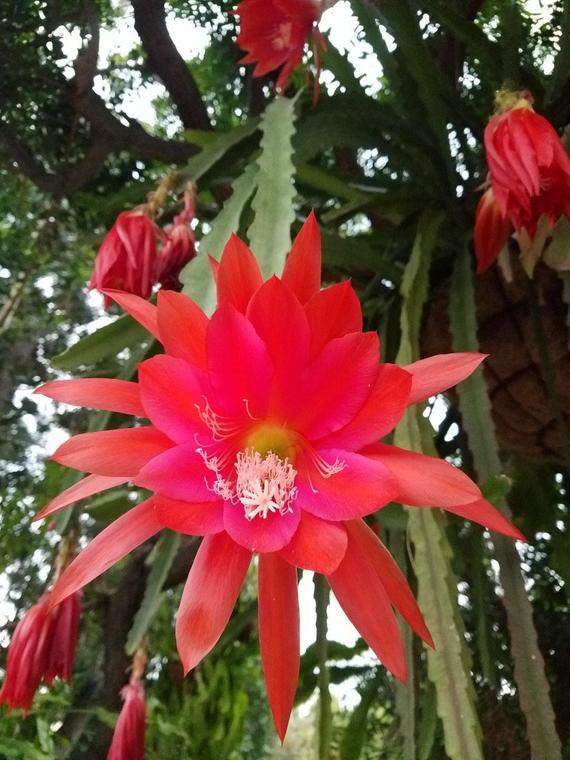 
The Globular Variety of Red Bloom

The Red Bloom whose stems are smaller may be described as globular (or globose). They consist of shorter, more ball-shaped stems than columnar cacti. Globular cacti may be solitary, or their stems may form clusters that can create large mounds. All or some stems in a cluster may share a common root. 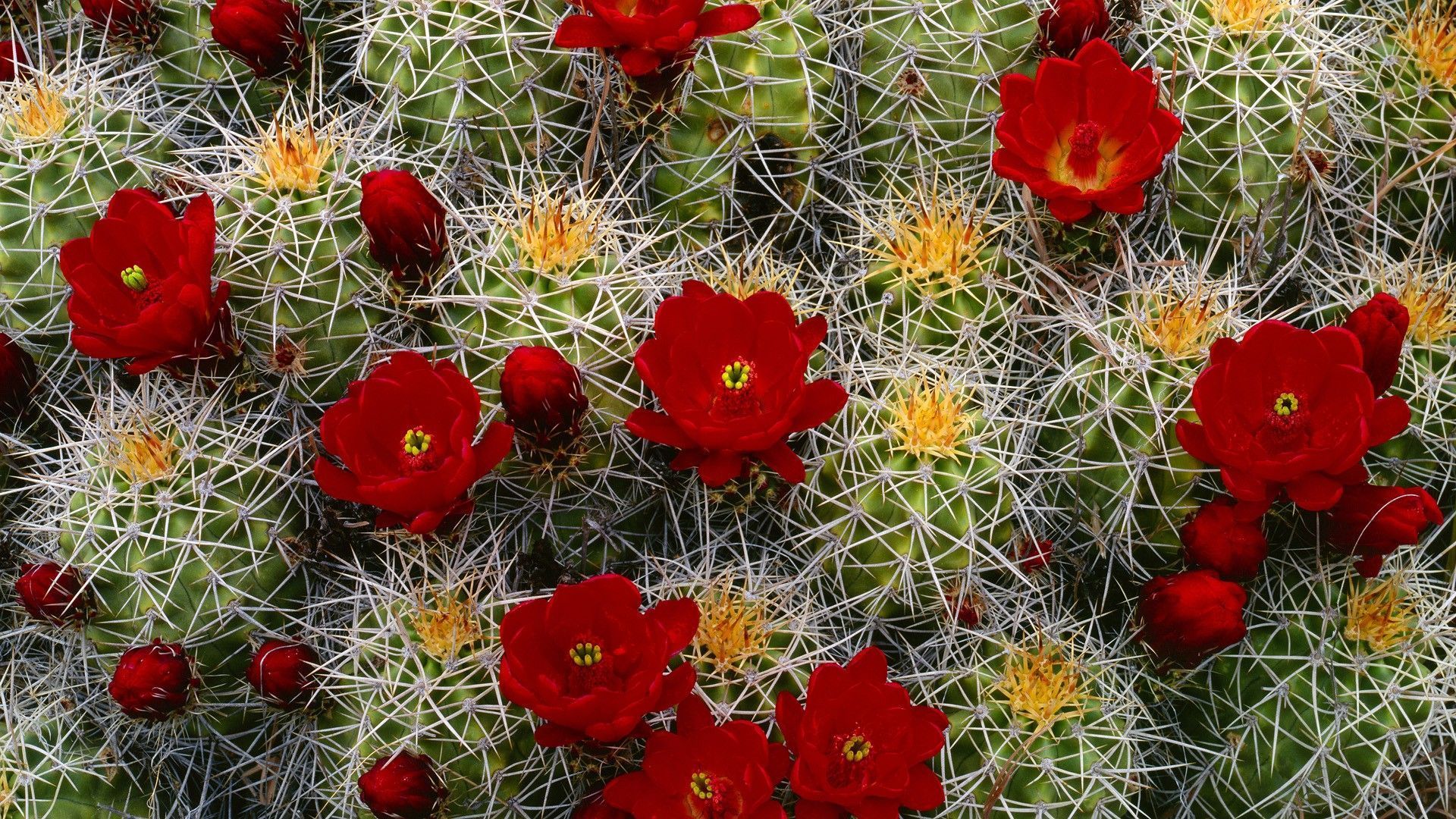 
Other Forms of The Red Bloom

Other Red Blooms have a quite different appearance. In tropical regions, some grow as forest climbers. Their stems are typically flattened, almost leaf-like in appearance, with fewer or even no spines. Climbing cacti can be extremely large. Vine-like cacti often hang downwards, forming dense clumps where they grow in trees high above the ground. 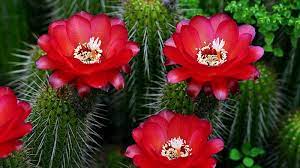 The seeds of most flowers are completely safe for human consumption, used for seasoning food, because of its distinct spicy/peppery flavour, but the darker side of some seeds are their use as poisons. The seed must be ground down to a fine powder and added to food or drink, a small dose may cause headaches, nausea and even stomach pains, a larger dose can be fatal causing most of the major organs in the body to not function as normal resulting in a slow painful death.     For more information on the Cactus plant read the full article Cactus.

The Red Bloom Cactus can be found in the Desert, Scrub arid plains, and in Jungles and forested/woodland terrain. 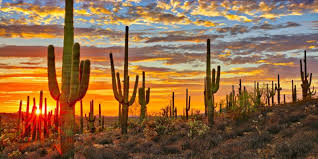 Red Blooms by wallpapertip
Scientific Name
Castacaecis
Average Height
The Red Bloom varies from the Globular species at a size from 1 cm (0.4 inches) upwards to the Columnar species which grows upwards of a few feet to heights of 19.2 m (63 ft).
Related Ethnicities

Nice looking article! You added a lot of beautiful images and the paragraphs were short and well written. Makes it quite easy to read through. I also like the different varieties of this cactus. I wonder since they are so nice to look at are they also used as decoration plants?   I don't know if it is meant like that but it seems that the picture of the more leaf like catcti are standing at the columnar variety? Or am I mistaken which might very well be :p

Master Kefkejaco,   Firstly,thank you for the like on this article. Secondly under the uses section of the full article Cactus it mentions they are kept for decorative purposes because of all the varieties and the different colours of their flowers/Blooms. Thirdly I do believe you are correct about the pictures being of the Columnar Variety, but i've just noticed myself that in the background of one of the pictures that the trunk of the plant looks very bark-like, which means it could very well be a species of the arborescent family. But i won't tell anyone if you don't.   Thanks again, I really appreciate the like and Comments.   Aemon

Allright I will keep my lips sealed :)

Nice article and great illustrations :D   I'm wondering about those cacti growing in the jungle. Is the biology the same? Because the idea behind the cactus is that it stores water to survive arid environment, but that's not going to be necessary in jungles… What make them cactus them as opposed to other kind of plants? Just their spines?

AmelieIS,   You are correct on the Cactus storing water to survive in arid environments, those being the standard spiky species that we all know of and the Globular variety. The jungle and Forest/Woodland growing species are more of the Arborescent and Columnar variety, the Arborescent being more tree like with a trunk and bark etc and the Columnar variety which is vine-like, and often hangs. You can read more on the different varieties by reading my article Cactus. Thanks for the comments/Questions and I really appreciate the Like/Favourite. Sorry for the late reply.   Aemon

The single cactus! As someone who loves spicy food, I already love this one.

Michael,   Thanks for the Like/Favourite and the comment much appreciated.   Aemon