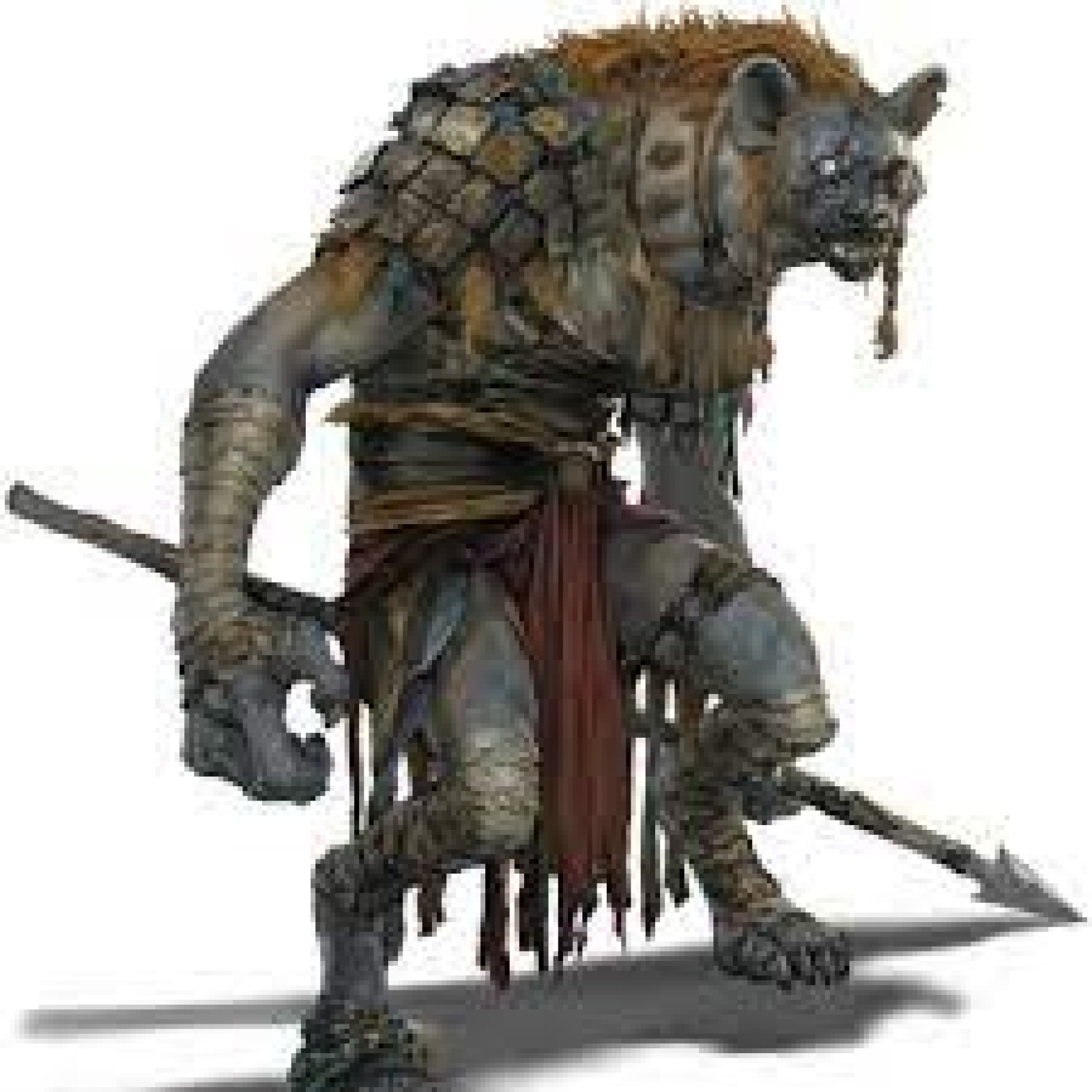 Gnolls are feral humanoids that attack settlements along the frontiers and borderlands of civilization without warning, slaughtering their victims and devouring their flesh.

The origin of the gnolls traces back to a time when the Demon Lord Yeenoghu found his way to The Material Plane and ran amok. Packs of ordinary hyenas followed in his wake, scavenging the demon lord's kills. Those hyenas were transformed into the first gnolls, parading after Yeenoghu until he was banished back to The Abyss. The gnolls then scattered across the face of the world, a dire reminder of demonic power. The Hyena is always a constant companion to gnoll packs.

Gnolls are dangerous because they strike at random. They emerge from the wilderness, plunder and slaughter, then move elsewhere. They attack like a plague of locusts, pillaging settlements and leaving little behind but razed buildings, gnawed corpses, and befouled land. Gnolls choose easy targets for their raids. Armoured warriors holed up in a fortified castle will survive a rampaging gnoll horde unscathed, even as the towns, villages, and farmsteads that surround the castle are ablaze, their people slaughtered and devoured. Gnolls rarely build permanent structures or craft anything of lasting value. They don't make weapons or armour, but scavenge such items from the corpses of their fallen victims, stringing ears, teeth, scalps, and other trophies from their foes onto their patchwork armour.

No goodness or compassion resides in the heart of a gnoll. Like a demon, it lacks anything resembling a conscience, and can't be taught or coerced to put aside its destructive tendencies. The gnolls' frenzied bloodlust makes them an enemy to all, and when they lack a common foe, they fight among themselves. Even the most savage Orcs avoid allying with gnolls. 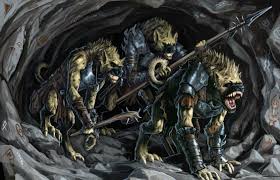 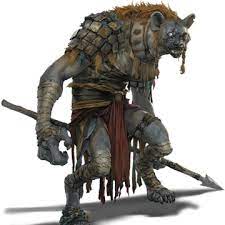 Cover image: A Gnoll by forgottenrealms.fandom

When the gnoll reduces a creature to 0 Hit Points with a Melee Attack on its Turn, the gnoll can take a Bonus Action to move up to half its Speed and make a Bite Attack.

The Original Article from The Monster Manual 5e By Wizards of The Coast (WoTc).