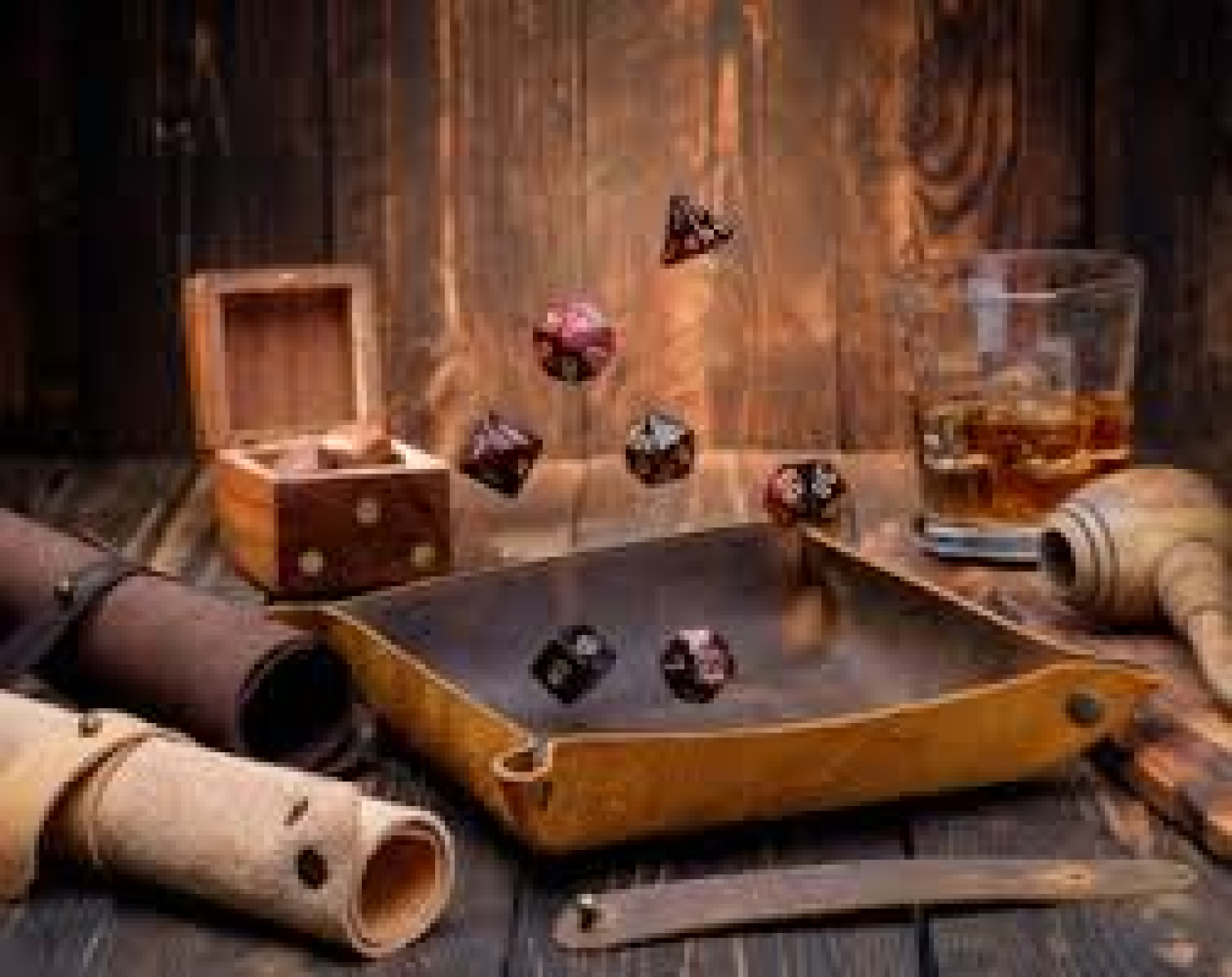 Humming as she traces her fingers over an ancient monument in a long-forgotten ruin, a Half-Elf in rugged leathers finds knowledge springing into her mind, conjured forth by the magic of her song-knowledge of the people who constructed the monument and the mythic saga it depicts.   A stern Human warrior bangs his sword rhythmically against his scale mail, setting the tempo for his war chant and exhorting his companions to bravery and heroism. The magic of his song fortifies and emboldens them.   Laughing as she tunes her cittern, a Gnome weaves her subtle magic over the assembled nobles, ensuring that her companion’s words will be well received.   Whether scholar, skald, or scoundrel, a bard weaves magic through words and music to inspire allies, demoralize foes, manipulate minds, create illusions, and even heal wounds.

In the worlds of D&D, words and music are not just vibrations of air, but vocalizations with power all their own. The bard is a master of song, speech, and the magic they contain. Bards say that the multiverse was spoken into existence, that the words of the gods gave it shape, and that echoes of these primordial words of creation still resound throughout the cosmos. The music of bards is an attempt to snatch and harness those echoes, subtly woven into their spells and powers.   The greatest strength of bards is their sheer versatility. Many bards prefer to stick to the sidelines in combat, using their magic to inspire their allies and hinder their foes from a distance. But bards are capable of defending themselves in melee if necessary, using their magic to bolster their swords and armour. Their spells lean toward charms and illusions rather than blatantly destructive spells. They have a wide-ranging knowledge of many subjects and a natural aptitude that lets them do almost anything well. Bards become masters of the talents they set their minds to perfecting, from musical performance to esoteric knowledge.

True bards are not common in the world. Not every minstrel singing in a tavern or jester cavorting in a royal court is a bard. Discovering the magic hidden in music requires hard study and some measure of natural talent that most troubadours and jongleurs lack. It can be hard to spot the difference between these performers and true bards, though. A bard’s life is spent wandering across the land gathering lore, telling stories, and living on the gratitude of audiences, much like any other entertainer. But a depth of knowledge, a level of musical skill, and a touch of magic set bards apart from their fellows.   Only rarely do bards settle in one place for long, and their natural desire to travel-to find new tales to tell, new skills to learn, and new discoveries beyond the horizon-makes an adventuring career a natural calling. Every adventure is an opportunity to learn, practice a variety of skills, enter long-forgotten tombs, discover lost works of magic, decipher old tomes, travel to strange places, or encounter exotic creatures. Bards love to accompany heroes to witness their deeds firsthand. A bard who can tell an awe-inspiring story from personal experience earns renown among other bards. Indeed, after telling so many stories about heroes accomplishing mighty deeds, many bards take these themes to heart and assume heroic roles themselves.

Bards thrive on stories, whether those stories are true or not. Your character’s background and motivations are not as important as the stories that he or she can tell about them. Perhaps you had a secure and mundane childhood. There’s no good story to be told about that, so you might paint yourself as an orphan raised by a hag in a dismal swamp. Or your childhood might be worthy of a story. Some bards acquire their magical music through extraordinary means, including the inspiration of fey or other supernatural creatures.   Did you serve an apprenticeship, studying under a master, following the more experienced bard until you were ready to strike out on your own? Or did you attend a college where you studied bardic lore and practiced your musical magic? Perhaps you were a young runaway or orphan, befriended by a wandering bard who became your mentor. Or you might have been a spoiled noble child tutored by a master. Perhaps you stumbled into the clutches of a hag, making a bargain for a musical gift in addition to your life and freedom, but at what cost?

Jack of All Trades

Beginning at 2nd level, you can use soothing music or oration to help revitalize your wounded allies during a Short Rest. If you or any friendly creatures who can hear your performance regain hit points at the end of the Short Rest by spending one or more Hit Dice, each of those creatures regains an extra 1D6 hit points.   The extra hit points increase when you reach certain levels in this class: to 1D8 at 9th level, to 1D10 at 13th level, and to 1D12 at 17th level.

At 3rd level, you delve into the advanced techniques of a bard college of your choice: The College of Lore or The College of Valor, both detailed at the end of the class description. Your choice grants you features at 3rd level and again at 6th and 14th level.

Beginning when you reach 5th level, you regain all of your expended uses of Bardic Inspiration when you finish a Short or Long Rest.

At 6th level, you gain the ability to use musical notes or words of power to disrupt mind-influencing effects. As an action, you can start a performance that lasts until the end of your next turn. During that time, you and any friendly creatures within 30 feet of you have Advantage on Saving Throws against being frightened or charmed. A creature must be able to hear you to gain this benefit. The performance ends early if you are incapacitated or silenced or if you voluntarily end it (no action required).

By 10th level, you have plundered magical knowledge from a wide spectrum of disciplines. Choose two spells from any class, including this one. A spell you choose must be of a level you can cast, as shown on the Bard Spell table, or a cantrip.   The chosen spells count as bard spells for you and are included in the number in the spells known column of the Bard Spells table.   You learn two additional spells from any class at 14th level and again at 18th level.

At 20th level, when you roll initiative and have no uses of Bardic Inspiration left, you regain one use.

The way of a bard is gregarious. Bards seek each other out to swap songs and stories, boast of their accomplishments, and share their knowledge. Bards form loose associations, which they call colleges, to facilitate their gatherings and preserve their traditions. 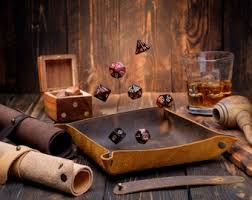 You can make a bard quickly by following these suggestions.   First, Charisma should be your highest ability score, followed by Dexterity.   Second, choose the entertainer background.   Third, choose the dancing lights and vicious mockery cantrips, along with the following 1st-level spells: charm person, detect magic, healing word, and thunderwave.

As a bard, you gain the following class features:

1D8 (or 5) + your Constitution modifier per bard level after 1st

Three musical instruments of your choice

You have learned to untangle and reshape the fabric of reality in harmony with your wishes and music. Your spells are part of your vast repertoire, magic that you can tune to different situations.

The Bard Spell table shows how many spell slots you have, to cast your spells of 1st level and higher. To cast one of these spells, you must expend a slot of the spell’s level or higher. You regain all expended spell slots when you finish a Long Rest.   For example: If you know the 1st-level spell cure wounds and have a 1st-level and a 2nd-level spell slot available, you can cast cure wounds using either slot.

Charisma is your spellcasting ability for your bard spells. Your magic comes from the heart and soul you pour into the performance of your music or oration. You use your Charisma whenever a spell refers to your spellcasting ability. In addition, you use your Charisma modifier when setting the Saving Throw DC for a bard spell you cast and when making an Attack Roll with one.

8+ your proficiency bonus + your Charisma modifier

your proficiency bonus + your Charisma modifier

You can cast any bard spell you know as a ritual if that spell has the ritual tag.

You can use a musical instrument as a spellcasting focus for your bard spells.