For more than 4,000 years, Absalom has been the City at the Centre of the World, a metropolis-sized showcase of the greatest treasures in all Kandria. The importance and influence of Absalom upon the Inner Sea and the whole of Kandria can not be overstated. The city not only holds a key strategic position for both commercial and military endeavours in the region, but encompasses the site of the ascension of four deities and claims to have been founded by none other than the Last Azlanti, the god Aroden. It is not without reason that the passage of time throughout the Inner Sea region is counted in Absalom Reckoning.

Founded in 1 AR by the god Aroden when he raised the Starstone from the depths of the Inner Sea, there is nothing ordinary about Absalom's history even from its very first day in existence. Its whole-cloth creation allowed for a quick inhabitation and Aroden tasked the best and bravest from throughout Inner Sea region to protect the Starstone and prevent any from moving it.

But given Absalom's tactical position in the middle of countless trade routes and its undeniable influence, many ambitious nations or greedy warlords have set their sights upon the walls of the city over the millennia, and the guarding of the city and the Starstone within has never been easy. For the past four millennia, the city has been besieged by one army after another, in an attempt to bring Absalom to its knees and wrest control of it from all others. Despite the relentless onslaught, the city has never fallen. Relics of these ongoing wars still litter the plains of the Isle of Kortos surrounding the city (known as the Cairnlands) and sunken warships clutter the harbor.

Situated on the southern coast of the Isle of Kortos, Absalom is the largest city in the Inner Sea region and quite possibly the entire world. The ice-capped peaks of the Kortos Mounts are among the highest known in the world, stretching high above treeline. Countless abandoned siege engines and constructions of war from the numerous failed attempts throughout history to take the city by force lie scattered throughout the surrounding countryside in what has become known as the Cairnlands and the wreckage of armadas of unsuccessful attempts on the city from the sea all but block the wide harbor in a mass known as the Flotsam Graveyard.

The city itself is enormous: it stretches more than seven miles from the Starwatch Keep to Azlanti Keep and more than five miles from Westgate to Eastgate, and Absalom has three times as many residents as the capital of Cheliax, Egorian.

A city the size of Absalom could not function as a single cohesive unit, thus it has been divided or split naturally over time into a handful of distinct districts, each a city unto itself both in terms of sheer population and overall atmosphere, and each having its own district council to run its day-to-day affairs. From the high-class havens of the Petal and Ivy Districts to the dangerous and destitute districts of the Puddles and Precipice Quarter, Absalom's neighbourhoods run the gamut of both the economic and social spectra. Additionally, austere monuments of historical and spiritual significance draw thousands of people to Azlanti Keep, the Ascendant Court and Wise Quarter on a daily basis.

More than just a city, Absalom controls all the land on and around the Isle of Kortos (though much of the isle remains wilderness). Many places show the sign of Absalom's great age, from the ruined fortress of the Immenwood, to the aging Aeon Towers of the Swardlands.

The Cairnlands are a wasted plateau surrounding the city of Absalom that are littered with the siege castles from thousands of years of failed invasions. These attract treasure hunters from around the world and are home to many creatures, brigands, and undead. The greatest of the siege castles is the Spire Nex, a mile-high spire located 10 miles north of the city.

Diobel, the smaller of the two settlements, is a bustling port town located on the western coast of Kortes. The town is a centre of trade in its own right, acting as a hub for fishermen, traders and smugglers wishing to bring illicit goods into the City at the Centre of the World via overland caravan instead of through the closely watched harbor of Absalom proper. Because of its important position as an alternative shipping route into the city, control of Diobel is very valuable and rising factions wishing to gain power in Absalom can often be seen first across the Isle in Diobel. The city is currently ruled by Scion Lord Avid of House Arnsen, a rival and childhood friend of Absalom's own Lord Gyr.

Escadar is a vital military town located on the Isle of Erran off Kortos's northern shore. Originally founded as a shipyard and warehouse to aid Absalom against naval blockades, the town quickly grew as workers and naval officers moved to Erran. Beyond its continuing function as a reserve navy for times of siege, the fair-sized military base operates throughout the Inner Sea in constant efforts to hamper piracy in the region. Escadar's governing body, the Lesser Council of retired ship captains and young relatives of members of the Absalom Grand Council, has also been known to grant letters of marque to civilian ships committed to fighting piracy in the waters around the Isle of Kortos itself.

Every major city on Kandria has its dark mirror opposite on the Plane of Shadow, and none are greater than Shadow Absalom. Inhabited by fetchlings, various other humanoid races, and intelligent undead, the city is a thriving community of both natives from and visitors to the Shadow. The mirror opposite of the Ascendant Court holds a permanent portal to the Material Plane, making Shadow Absalom a popular destination to those trapped on this plane. The city is ruled by Argrinyxia the Shifting Lady of Ebon Scales, a powerful umbral dragon.

Absalom is defended by a complicated web of military and law enforcement organizations, each of which has differing mandates. The First Guard serves as Absalom's army. They man the city's walls, gates, and forts and protect it from external threats. The Starwatch is a military, intelligence, and law enforcement organization headquartered at Starwatch Keep outside the city. They enforce the Grand Council's decrees, investigate crimes that cross district lines, and look into misconduct by the city's other military and law enforcement groups. The Absalom navy is the largest of the military branches and protects the city from attacks by sea and also oversees the hippocampus-mounted Wave Riders. Finally, the various district guards or watches investigate crimes committed only within the various districts of the city.

The most common faiths in Absalom are, of course, those of the four ascended gods: Aroden, Norgorber, Cayden Cailean and Iomedae. In addition to these churches, temples and shrines to Abadar, Nethys, Sarenrae, Calistria, Irori and Shelyn can be found throughout the metropolis. Absalom is also the only civilized city where the worship of Norgorber is tolerated. 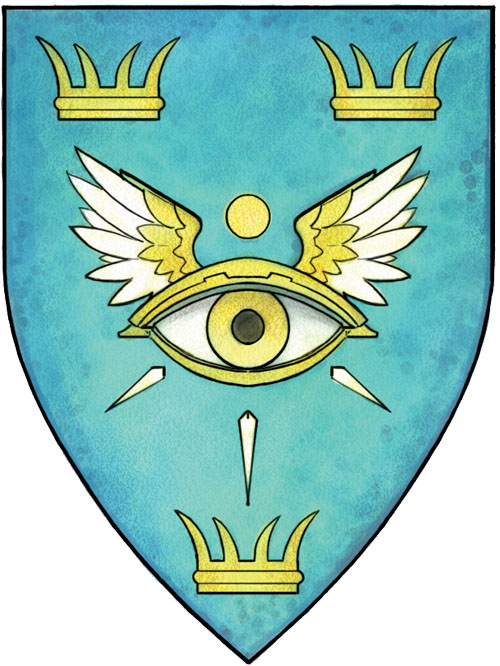