Mount Oacana is the largest volcanic system on the planet. It is located on the continent of Shinsay, on the southern hemisphere of Kaiter. It consists of a caldera located over a localized hotspot where the magma from the inner core wells up through cracks in Kaiter's mantle, flowing close to the surface and occasionally escaping through the planet's crust in volcanic explosions. It is responsible for the eruptions that led to world changing event known as the Disaster.

Volcanic Activity before The Disaster

The mountain itself grew up out of several small lava flows over the millennia. After a relatively major volcanic explosion in 237 BD, it continued to exhibit volcanic activity every few months, through explosive hot springs, small lava flows, and other minor geothermal events. Plant and animal life continued to grow in the region, and the towns near the volcano became tourist traps for adventurous people hoping to see a lava flow up close.

Prediction of the Supervolcano Event

In the years leading up to The Disaster, scientists began trying to model the volcanic activity to be able to predict the geothermal events more accurately. Eventually, a team of scientists shared the data with IFERA, in hopes it would be able to improve upon their model. In addition to forecasting the timings of geothermal activity, IFERA also estimated the magnitude of each event. This led to the prediction of the major supervolcano event would occur in 5 years.

True to IFERA's prediction, on 14 Erider, 1 BD, the volcano began to release a series of major volcanic explosions and pyroclastic flows in the explosive supervolcano event. First, an eruption column of ash rose over 100 km into the atmosphere, and lava began to flow freely from the mouth of the caldera. Between the pyroclastic flows and explosive energy, most of Shinsay was obliterated in a matter of hours, buried in ash and pulverized rocks. The ash quickly became a planetwide cloud that encircled the planet, leading to The Longest Night. Additional eruptions continued for several days more, though the major damage had already been done, leading Kaiter into an Ice Age and beginning a fight for survival for humans, plants, and animals alike. 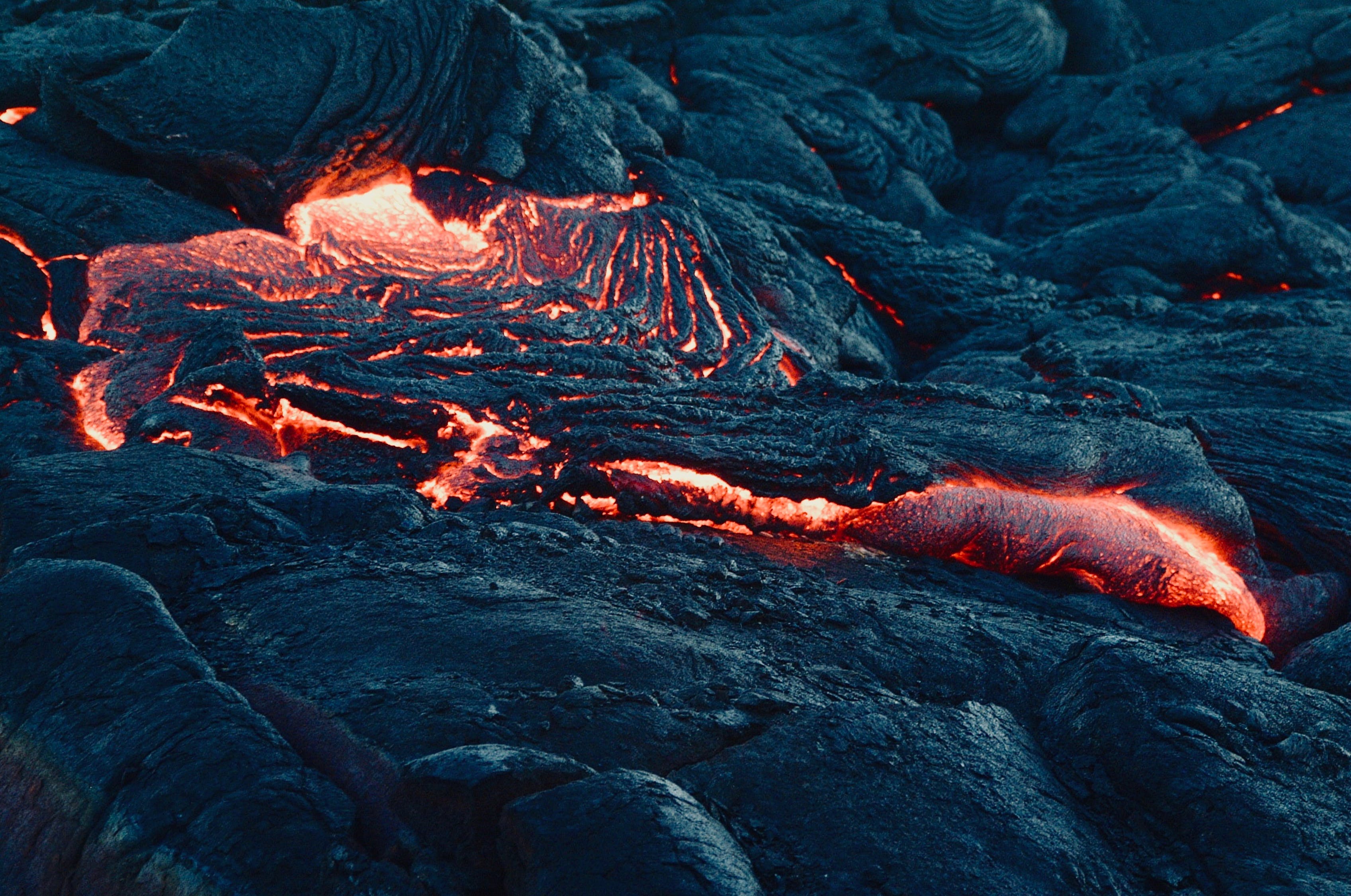 by Brent Keane
Lava flows at Mount Oacana before The Disaster. 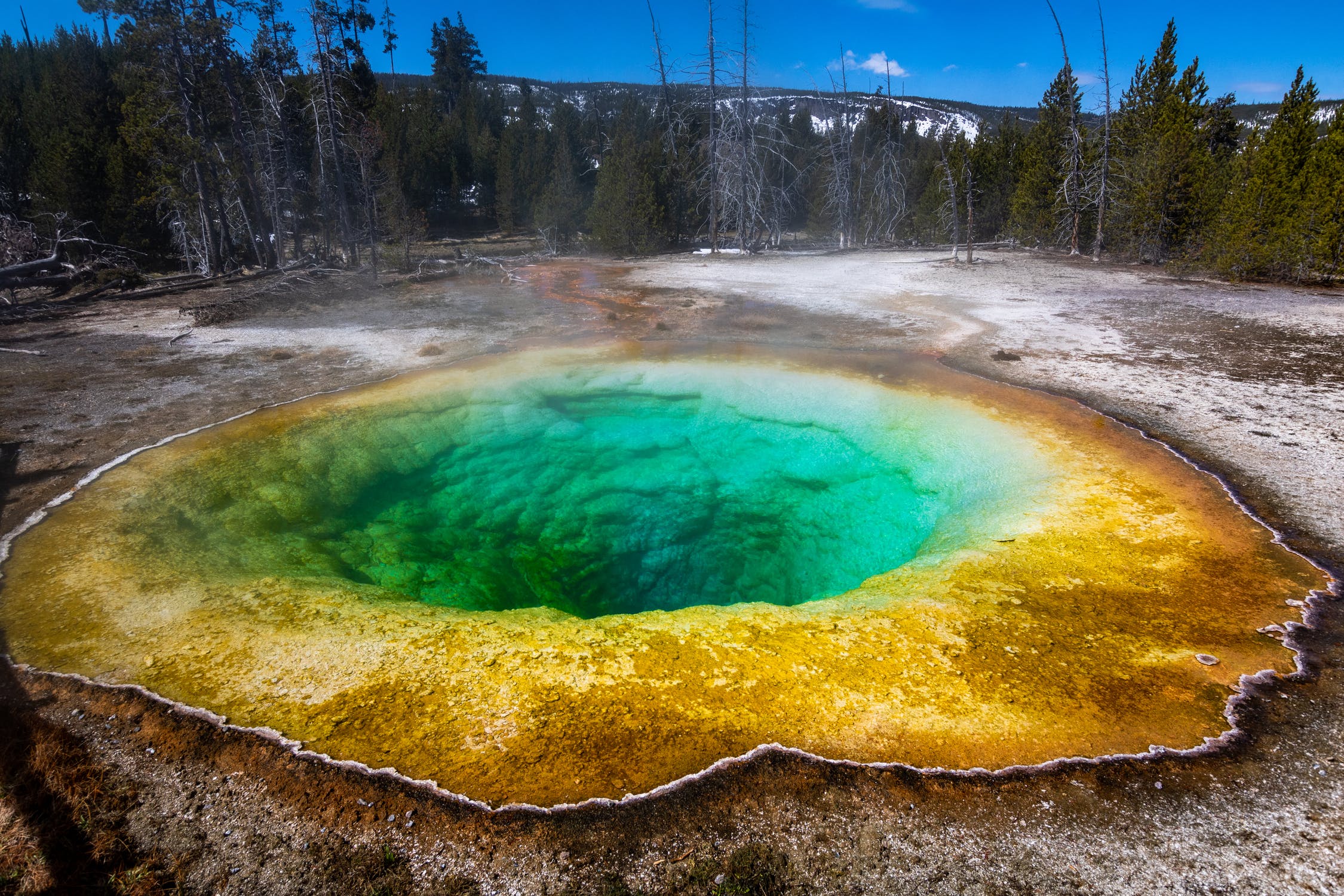 by Lukas Kloeppel
Geothermal hot spring near Mount Oacana drew thousands of tourists each year in the century leading up to The Disaster.
Type
Volcano

This work is licensed under a Creative Commons Attribution-NonCommercial License
Background image: by Jonatan Pie | All images, unless otherwise specified, are from Pexels, Unsplash, Pixabay, or Wikipedia Commons.
Cover image: Brent Keane

Thanks for the comment! Future articles should explore how people reacted after the prediction, but I'm imagining there was a wide range of reactions!

A really underappreciated apocalypse scenario! I really like the underline under "the longest night" that briefly explains it on-hover but isn't a clickable article (I--- I was ready to read that too, haha). I GUESS that's a guild feature or did you use some trick for that? It's a really useful feature for worlds with lots of side-information. Back to topic: Strongly agreeing with Serukis. Knowing a desaster happens and not being able to do anything about it must have been horrible for people. But at least some might have had a chance to prepare this way.

Thanks for the read!   The underlined tooltip feature is built into WA. You can access it using the BB Code editor by typing something like My text that needs context. I don't think it's a guild feature, so you should be able to try it out. It's a great way to add context for things you haven't written articles for yet.   Speaking of The Longest Night, you will be happy to know that I'm working on an article about it, and hope to have it out in a few days!

Wow! I did not know bbcode worked in comments. So, the thing you type for the mouseover tips is the tooltip tag described under Font Wrappers here: https://www.worldanvil.com/w/WorldAnvilCodex/a/bbcode

Following, I don't want to miss that!   OH WOW thank you! I'll totally try it out! I'm new around so have two finished articles and the rest is, uh, a mess from summer camp and barely any important articles exist. Makes it difficult to mention names without making it a confusing read so this feature should be really really helpful! No idea how I missed that! Thank you! :D