King Zuhair IV was the oldest son of King Mutasim. His mother was Renata Malavia Shamiram. He was married in 1231 to Zethian princess Layla Biru.   After his father's untimely assassination, King Zuhair IV reigned from 1236-1238. There were rumors from the start that he killed his own father. Other rumors charged him with the disappearance of his younger brother and step-mother. By all accounts, he was a cruel, wasteful, negligent king, raising taxes, quickly spending the money on pleasures, and clamping down on any soul who dared to complain.   He was killed by his stepmother, Jeneba in the midst of a military coup that stormed the palace. His half-brother, Arka'an, succeeded him. 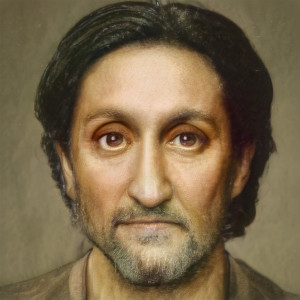