The stranger dismounted in front of the inn, wearing non-descript clothing and a grey wool cloak with black trim, black as a raven's wing. Then we saw the emblem of a raven, and everyone took a step back. Only one sort of person would wear that kind of cloak. The man was a Raven, and on official business, too, else he'd never have shown his colors. I took Caro by the shoulders and turned us back towards home. Who knows what idle chatter that man could report to the King?
— Stokvorn Solidstar

The King's Intelligencers, known officially as The Ravens, are known throughout Troyso as information collectors, eavesdroppers, and all-around snoops. What they are looking for, they never say, but there's always a tinge of fear when discussing the king in public, for fear a Raven might hear your words.   It was the previous king, Zalburn who first made the Ravens official. This was seen by many close to him as being a mistake. All the Kings and Queens before him had underground intelligence networks, but none had made it public. The uniform of a grey cloak, while symbolic, made The Ravens stand out as a distinct unit, and with such a grim emblem. It caused paranoia in many cities and towns, wondering why the king needed such. People began looking over their shoulders, and generally acting suspicious, which just made The Ravens' job harder.   King Taldor II was left with a bit of a quandary on his hands. Either continue the tradition of The Ravens, and have his people worry that he was spying on them, or disband the unit, which would only lead to conspiracy theories about underground spy networks replacing The Ravens. With the damage already done, Taldor II let The Ravens and their cloaks stay.

Truthfully, we never wear the damn thing unless we have to. Like having a ruddy target on your back, it is. How's a spy supposed to work when everyone in the tavern knows what they are?
— Name Withheld

Designates the wearer as a member of the King's intelligence network 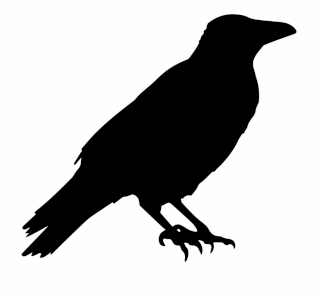 Remove these ads. Join the Worldbuilders Guild
Steel or Keel
Miscellaneous
New Year's Festivals
In response to the prompt Write about a clothing item worn by an organization with bad reputation. What's its purpose and what does it represent?

Cover image: Other Header by Nightflyer0ne