The king is dead. Long live the king!
— Royal Herald

Courtiers lay sleeping in the feast hall, and guards at their posts that night inside the palace of Halayrah, the heart of Shiabia. The assassin had no one to hinder them as they entered the king's chambers and planted a dagger, of Aswarnan-make, into his sleeping chest. Job done, they exited into the courtyard, only to be cut down by the sword of Prince Zuhair.   When the palace was awakened, they found King Mutasim dead. Prince Zuhair claimed that he had missed the feast due to a queasy stomach, and had been taking in some cool night air as a remedy when he encountered the assassin. Whether folks believed him or not, there was no evidence, as the hire-sword lay conveniently dead. Plus, there was the make of the dagger, itself, to complicate things. No matter what anyone thought, Zuhair was now the new king.   In the days to come, there was a further mystery. King Zuhair's step-mother and younger brother both vanished from the palace. Prince Arka'an was only fifteen at the time. Whispers began circulating that the new king was behind it all, eliminating any rival.

It did not take long for people to lament the death of King Mutasim more than the usual display of mourning. Zuhair raised the taxes on the country, and then spent the money on frivolities and shows of conspicuous consumption. The finest food and drink. Feasts and tournaments and lavish clothing. He moved his mistresses into the palace, alongside his wife. Taxes went up more and more to feed Zuhair's greed for luxuries.   He was a cruel monarch, having folk maimed or even killed for the smallest infractions. Even whispering an unkind word about the king could get you hung for treason. He replaced the palace guards with his own men, loyal only to him, not the throne. On top of this, he created his own secret police to ferret out any signs of sedition among the populace, as well as in the palace.   For most of the people of Qalamra, the final straw was when King Zuhair had the city cisterns drained to stage a mock naval battle for his amusement. In a desert town, such a thing is a crime, indeed. Many peasants died from drinking the river water, or having no water at all. Yet, the common folk had no weapons, no recourse to right Zuhair's wrongs.

Under Cover of Night

It was the Shiabian military that tipped the balance against Zuhair. From the start, he had wanted to expand Shiabia by conquering their neighbor, Aswarn. It was a long journey, through harsh terrain. One had to skirt both the Bahiyah Desert and the Maba'ji Wastes to reach the other country. It would take a massive supply train, and many soldiers would fall from the heat before they even arrived. The costs were just too much.   King Zuhair insisted, conscripting a massive army and confiscating food and water from the civilian populace to feed it. This was too much for the generals. Secret plans, discussed in private as contingencies, now went into action. Former palace guards that were still faithful were called upon. But every revolt needs a figurehead, someone the populace can rally around. For this, they had Prince Arka'an, hidden away with his mother by palace guards and groomed for two years for this moment. Pieces in place, they sprang into action one warm night in the month of Khurish.   It was a small skirmish. The former guards knew the ins and outs of the palace, and these soldiers were much better trained with swords than Zuhair's private troops were. They arrived at the throne room before any alarm could be sounded. Zuhair was lounging on a large couch with several of his ladies, the throne having been pushed aside. He leapt to his feet only to find himself facing, to his great surpise, his step-mother, Jeneba, bearing an unsheathed sword. For she had been training for two years, as well, ever since the palace guards had explained to her how things must happen.

Death of a Monarch

Zuhair had only a dagger on him, but he had years of experience compared to Jeneba. Still, the outcome was inevitable. As they maneuvered around the room, he tripped on the discarded throne and fell back into its embrace, losing his grip on the dagger. His step-mother reared back and brought the sword down full-force into his chest. The king was dead.   Jeneba stepped back a pace, and closed her eyes, waiting. Two of the palace guards they had brought along struck her down for killing the king. For they were loyal to the throne, always. Zahir had disgraced it by committing regecide, but Jeneba had committed regecide, too. The balance must be kept. She knew the price, and had chosen to pay it, rather than some random soldier.   It was a long while before Arka'an was allowed in. The guards cleared away Zuhair's body, cleaned up the blood and composed Jeneba's still form, using a wall drape for a shroud. Arka'an ran to his mother, and cried like a small child, as the guards gathered around him. Then he dried his eyes, and stood, and did his part, just as his mother had done hers.   "King Zuhair is dead," he pronounced in a fairly steady voice.   "Long live the king!" the palace guard responded, before kneeling and pledging their loyalty once more, to the throne, and the rightful king who ruled from it.

The king is dead. Long live the king!
— Royal Herald 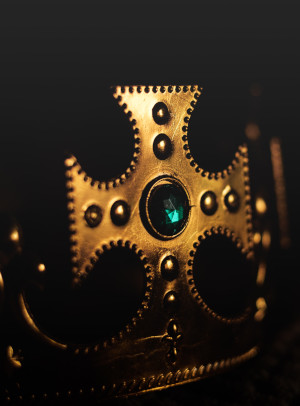 Answering: "a bloody coup, rebellion or uprising in your world's history."
Visit Nightflyer0ne's Competition Page Check all other answers to this prompt Competition Homepage
Kadeth, the Kadeth CSS, and all Kadeth headers are the creation of Nightflyer0ne (rugrat0ne), ©2022. Kadeth is unofficial Fan Content permitted under the Fan Content Policy. Not approved/endorsed by Wizards. Portions of the materials used are property of Wizards of the Coast. ©Wizards of the Coast LLC. World and country maps made with Wonderdraft. City maps made with Watabou. Building and dungeon maps made with Dungeondraft.
Cover image: History Header by Nightflyer0ne
Article template
Military Conflict
World
Kadeth
Category
History in World Encyclopedia
Author
Nightflyer0ne
Publication Date
31 Jul, 2021
Creation Date
30 Jul, 2021
Last Update Date
3 Nov, 2021
Visibility
Public
Views
500
Favorites
12
Comments
0
Work In Progress