Waterdeep is one of the largest and most impressive cities of the Sword Coast, and most likely the most diverse.

The city of Waterdeep is famous for its unique governmental organisation. The city is operated by a pirate council (a group of captains, their crews and their ships) who are selected purely by prowess. Since the seats at the council are decided purely by "experience", it can be difficult to achieve one. Most commonly, a captain who gains relative notoriety may be invited by current members of the council after they oust (or worse, kill) the member of the council they currently deem least worthy.
Periodically, the captains that sit upon the council will hold elections, in which the people of Waterdeep are able to vote for the captain they wish to lead the council, who thus gains title of Pirate Lord.   After the shuddering, the Pirate Council was disbanded for the first time in 500 years, as the city was captured by Graz'zt's army of the Abyss. However, in 1502, the Cambion Undercouncil of Waterdeep were overthrown, and the Pirate Council reinstated.

Before the Dale Reckoning, Waterdeep was a mercantile human city. After the war, the free city was given to the son of a powerful northern Lord, and the Lordship passed down his bloodline.   In 982DR the city was captured by a band of pirates, who installed the Pirate Council.   In the 500 years it has operated, the Pirate Council has had 97 Pirate Lords. The 96th Pirate Lord was Elvir Endos.   Elvir’s Pirate Council was one of the shortest, and the last before the Shuddering. Thus, Elvir’s council was ousted by the Cambion occupiers, and Sisin was selected by his peers as Demon Lord of Waterdeep.   In 1502 Sisin was killed by the notorious Captain Blade. Blade successfully manipulated the ensuing power vacuum and reinstated the Pirate’s Council, to the joy of many of the city's previously subjugated citizens. The new Pirate Council had one difference - the Retainers would henceforth always be given a seat upon it, alongside the nine most powerful Pirate captains. Captain Blade, for her considerable fame was selected to serve as Pirate Lord, making her the 97th individual to hold this position. She served with the crew of Winter's Grasp.   At the time, Waterdeep was the first (and only) city to be freed from Abyssal control. 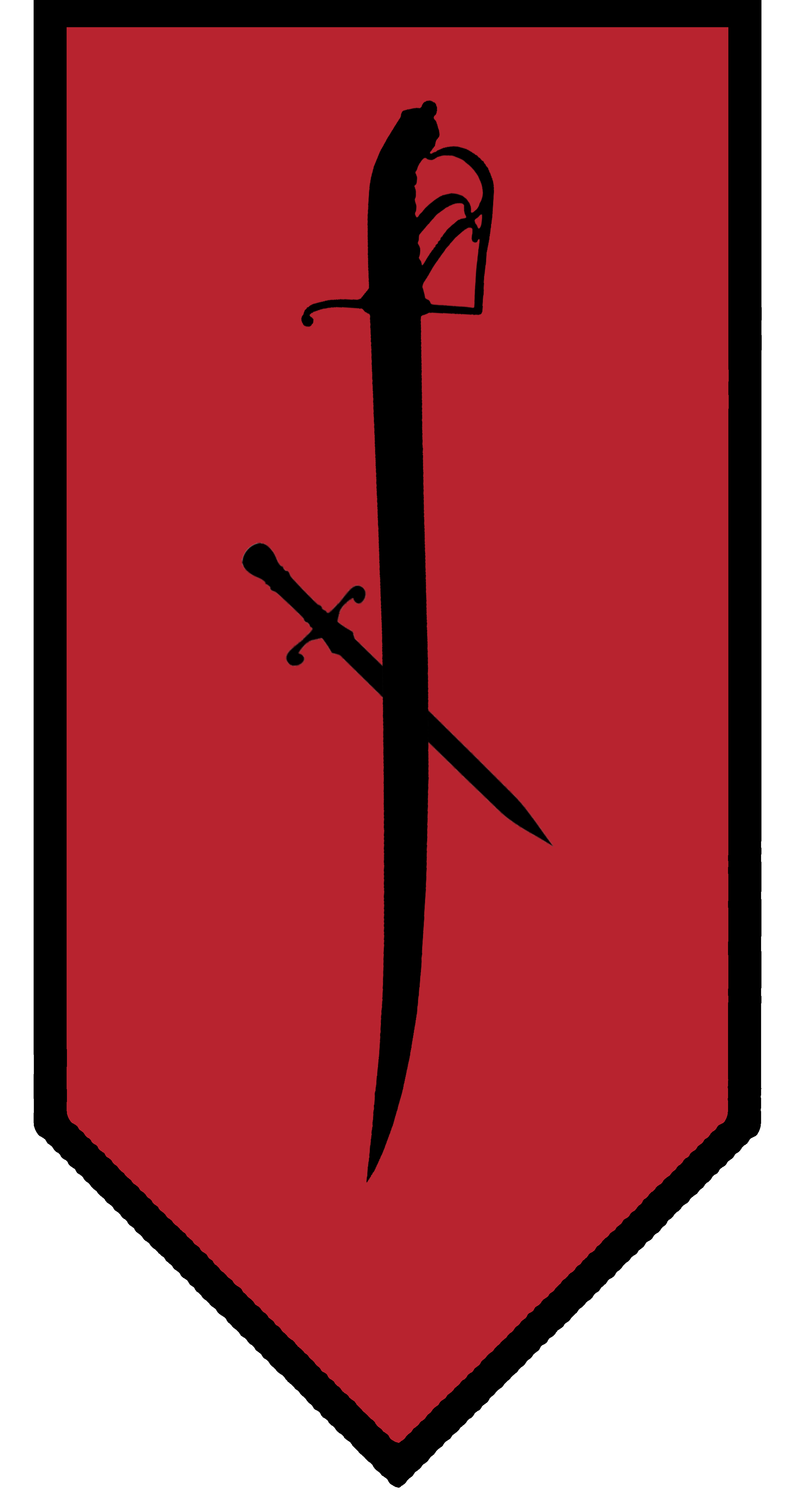 Captain Blade's Banner, the emblem of the 97th Pirate Council and Waterdeep's coat of arms from 1502 onward.