War of the Six Houses

The War of the Six Houses was a four year war between Phaizarn royal houses as they disputed both land rights, territory boundaries, and old grudges that were never quite settled. Despite the six houses being predominantly all in the same area, the war stretched into inhabitable lands as well as neighboring villages. It is believed that the innocents killed outweighed the soldier's death. Peace finally came when the six houses met and signed a treaty along with newly formed minor houses settling all disputes, and creating a council to avoid future conflicts.   The war was bloody and went past the lands of the houses. It spread into neighboring villages and lands that had not yet been settled on. Due to innocents being killed, Phaizarns that weren't part of any house began to join together and create what is known as the minor houses. Though they didn't truly join in the fighting, they did watch over those who could potentially become victims. It was at this time that the Shadow Phoenix came into existence. Due to their efforts, they gained a large following that would later see to the fall of the houses altogether.

Due to the hellscape lands of the Forbidden Land, many Phaizarn tribes thought it better to stay in one general location of the mid-center north. There, the area was lush and the dangers that dwelled in the southern jungles were far, and it wasn't too far up that the north's bitter winds would seal their fate. But due to being so close, problems arose as clans began to clash with one another about territory borders and who had the right to hunt where. Due to this dispute being predominantly argued between the six royal houses, it was they who went to war. Minor groups found themselves in the middle of it only due to being allies with one group over the other or protecting villages.

Nothing about the war was organized. Mostly it was attack on sight and defend territorial lines that were no longer there. The strength of Houses were tested with it being clear where the strengths lie. For example, the griffins were faster in air but could not outfly the more agile Phoenix or take on the more powerful Dragon. Pegasus, though no match for any of the fliers were masters of magic and it was unwise to ever try and cross too many of them. Basilisks used the ground to their advantage and being able to shoot acidic projectiles and then disappear from view allowed them to escape. This also caused issues between Basilisk and Great Stag, the only other land creature. Great Stag, though not as powerful as Basilisk, could control magic with ease and destroy Basilisk with ease.

Treces/Forbidden Land was explored more and a new territorial map was created with the Royal Houses in mind. Minor houses, as long as the overarching Houses allowed it, could settle wherever they wished.   Phoenix was given the north-eastern part, Griffin the central area, Dragon the northern, Great Stag the central western, Basilisk the central southern part, and Pegasus chose to separate themselves from any future fighting and settled on islands to the west.

Though one cannot blame the Second Clan War on this war, it is true to say that this war's grudges continued on until the Second Clan War. It is used against Phaizarn when talking about the violent and blood-thirsty nature of the species. 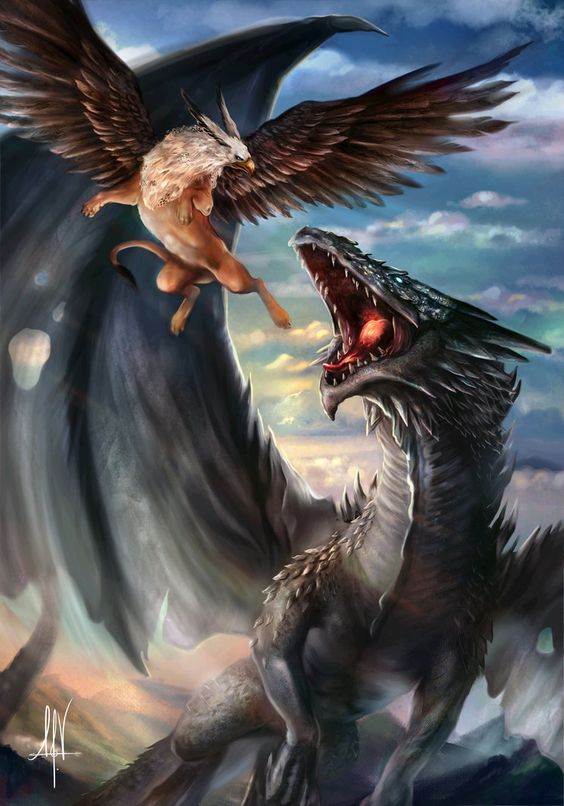