Skyfires have a bipedal stature, with very long hind legs, short arms, a long head and snout, a long tail, and an overall brownish appearance. Atop their heads are two large horns, which are more rounded, rather than a traditional spike. Two long, curved horns sit on their necks, with an unknown use. Small spikes line their backs and bellies, which are used for defense and mating. These dragons are flightless, instead using their legs to run at fast speeds.

Like a lot of earth dragons, skyfires have many spikes. The most obvious spikes sit on their heads, which are more rounded than the others. A pair of spikes jut out from their necks, with their use currently unknown. Six rows of smaller spikes line their backs, and continue on the tails. These are used to attract mates and for defense from predatory dragons.

Males of the species are much smaller than females, about a third smaller. Females have longer spines, sharper spines, and bigger head crests. In males, expect a generally light brown colour scheme, but in females, it is a much darker brown with yellow specks all along the bellies, and a reddish end to the tails.

Skyfires inhabit a range of environments, yet never stray too far from a lava source. Usually seen in mountainous areas, they live close to volcanoes where they nest in lava pools around them. Skyfires have been recorded in every significant biome, ranging from deserts to snowy tundras. It seems skyfires rely solely on a lava source nearby to live, and the general climate does not affect them. Climates have a physical affect on them, as skyfires in different biomes have developed slightly different tints in their scales.

Ever been chased by a flock of skyfires? I have, and it's terrifying.
— Jerna interviewing a traveller 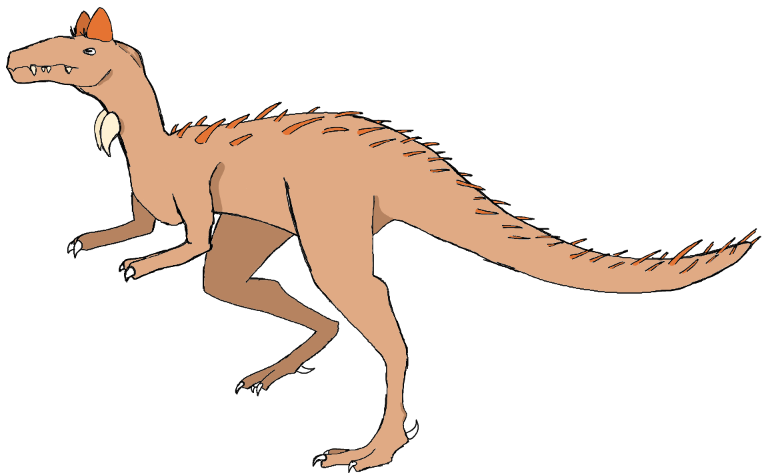 One of the most beautiful mating rituals on the planet, skyfires construct their potential mates statues out of volcanic rock. Consuming lava and then spewing it back out and hardening, male skyfires attempt to make a life-size statue version of the mate in question. For years, these statues stumped researches, assuming some native tribe existed and carved the statues out of rocks.

Skyfire eggs are very large compared to their body size. They are a dark brown, with soft spikes pointing upwards. Laid in batches of 3-4, nests are small lava pools in the ground. When these eggs hatch, baby skyfires need to swim to the top of the lava to survive, and they only leave the nest once all the lava has been consumed by them.

Skyfires have famously beautiful fires. In fact, some cultures use the dragons in celebrations, as their colourful fire is a spectacle. Their fire ranges in colour, and can be controlled by their flame sac, altering concentration, temperature, and a few other factors. When breathing the fire, it creates a large funnel, then explodes, leaving a large ball of smoke with a ring around it, and "shards" of fire descending to the ground.

Like a few earth and fire dragons, these magnificent beings consume lava. Their hardy stomachs and throats can tolerate the hottest of temperatures, drinking lava like one of us would water. All the minerals the dragon could ever need is found in lava, and it being the dragon's only food source, they never stray too far from any.

I love the mating ritual. Male skyfires are required to be skillful artisans to get the attention of the female.   Now the question: Are females equally as determined and skilled in the art of the craft?

Thank you so much! Mating rituals will be one of the most interesting parts of all my dragon species ^-^ Females are definitely not as good as males at making these statues xD