Dead...?
Vreegon was killed long ago by two young havokbreakers. What parts of it that didn't sink into the ocean were harvested of cryolithium or sold as curios. Several parts of the beast ended up finding each other again in a government laboratory on the other planet. 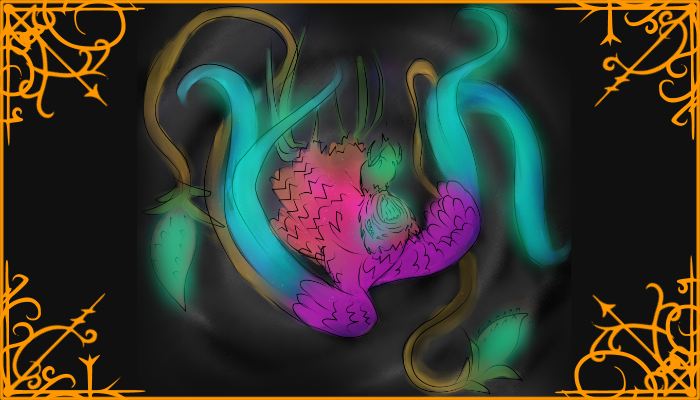 While no one really knows if Vreegon could think, or what it thought about, its strategy for catching waverunners at the least felt thought out and malicious. Is would hold them still with its smaller leg type appendages and while the crew tried to figure out why the runner wasn't moving it would slowly bring its glowing tentacles up out of the water, giving them plenty of time to panic before wrapping the runner and pulling it under the waves.
It was also known to follow searunners for hours, only to grab them up just when safety was in sight. 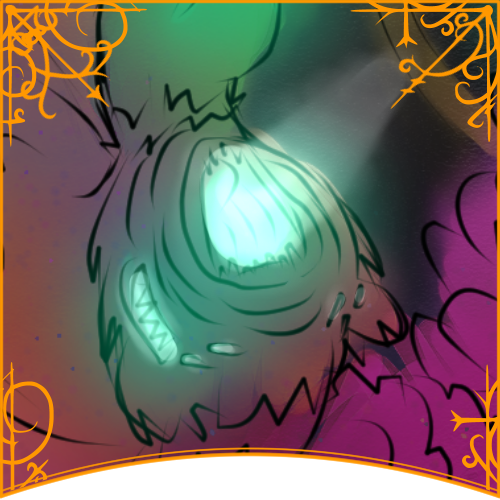 Current Location
West Winds Conservatory
Species
Colossi
Year of Death
8 Accord
Circumstances of Death
Taken down by Vic and Velicidy
Spouses
Siblings
Children
Eyes
It might have some some where... hard to tell
Colossi
Setting | Characters | Story
Click here to see more form the Kriocesocr System!
Or you can peep other tangentaly connected worlds in the Misc World Index!
Consider supporting Lengna on Ko-fi.
Cover image: Setting Cover by Lengna(Paper)