The Cryo, The Father Of Wired Cleansing (a.k.a. The Ciarm Eye, The Cryo Terror, The Speaker)

The bringer of the great cleansing, so he calls it. He runs the terrorist organization "Wired Cleanse", which believes that they must poison everyone with Cryolidhium in order to cleanse them of the limited form of the JauVonian body. No one exactly knows where he comes from, some believe that he was a scientist who met The Source, some say he came from The Source itself, some think he's just a insane psycho. Either way, he's dangerous. And will cleanse anyone he thinks deserves it. He believes that the 2 planets in the JauVon system were created by The Source. And all people who live there belong to The Source. He thinks bugs are secondary citizens due to this, and will instead of cleansing one kill one if he gets the chance. His terrorist organization has anywhere from 100-500 active members at any given time. He treats each member very valuably and as if they were his children.

He has a manifesto he himself created.

Honors The Consciousness for being within The Source.   And honors The Infinity for being truly reborn.

While poisoned by Cryolidhium, he is in a good physical condition.

Usually wears what can only be described as a disco suit from the 60s in human culture, unless he's on official business(aka planting a bomb), then he's in a black stealth suit

Legend has it that he was born by the source, and sent out to bring "The Great Cleansing" to everyone.

Has a group of followers

The Cryolidhium poisoning is getting to him....

Cryo believes that once everyone is cleansed, that the Source will come and accept his children, bringing everyone to Cyberspace where they can live in peace.   Much of his mentality is recorded in his manifesto, Of Source And Vie.

Wants all to be cleansed.

Contacts from companies, to other terrorist organizations, to even some government officials.

Believes that Cryolidhium poisoning is spiritual, and that it is the only way to evolve people.

Has a commanding and charismatic way of talking, you almost want to follow him even if you hate him~ 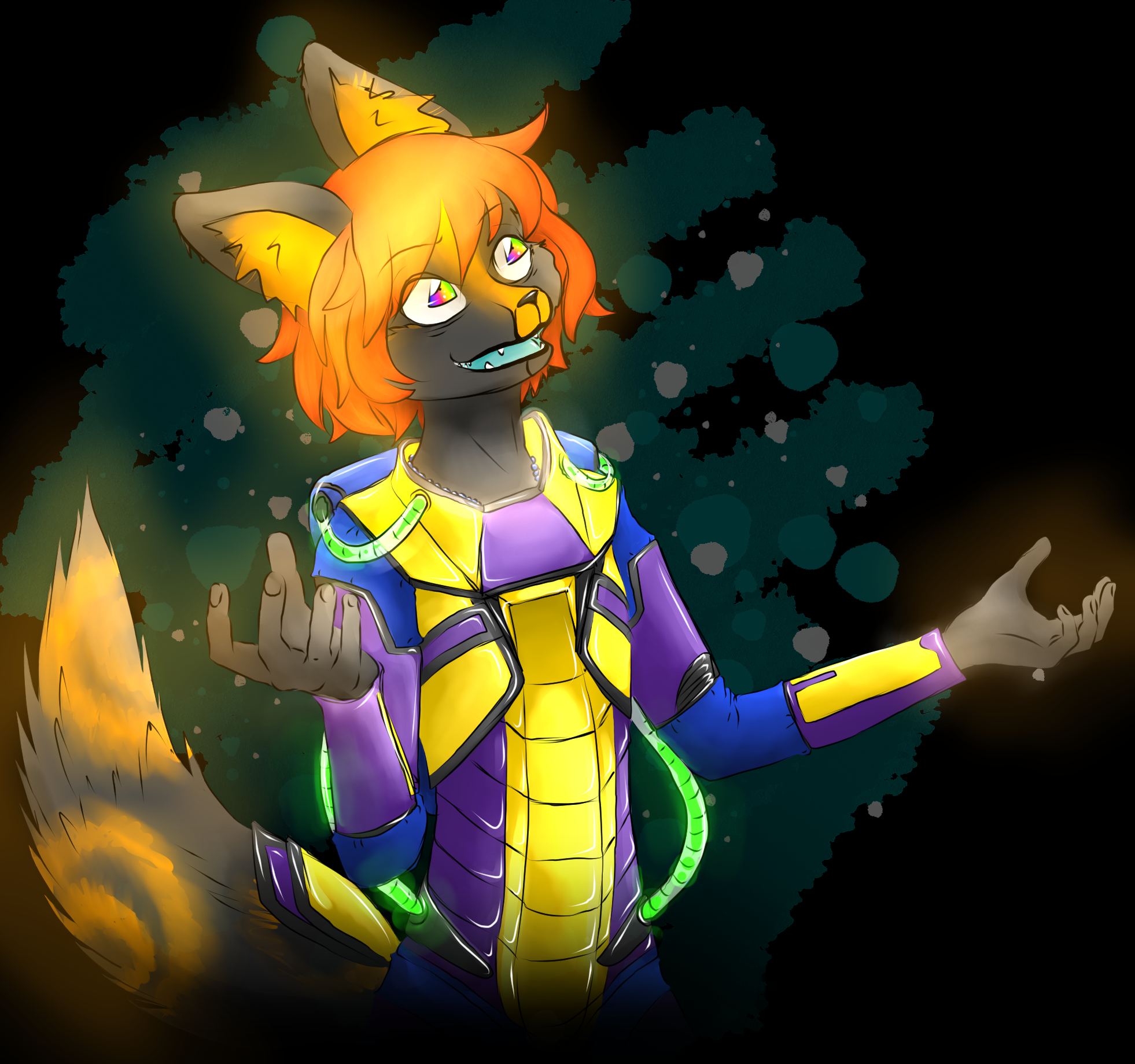