The Talking Trees of Gislythe

Oh, those woods? The children play there all of the time. They always come back talking some madness or another!

The Talking Trees of Gislythe is a supposed intelligent tree system located in the southwest of the Aletheian Empire that make up a decent chunk of Gislythe Forest. They have long been believed to be the benevolent watchers and keepers of local Eilston, supposedly protecting the children of the area from abduction by fey and other malevolent forces. A sect of local druids linked strongly with the Circle of Harmony maintain a watch over the forest, preventing it from being corrupted.   The children of the realm have a different telling of the myth. In their stories, not only do the trees speak to them, but they invite them up into secret clubhouses and take them on small adventures that always return them home by dinner. Worryingly, by the time they reach their age of majority, this information is lost. The memories remain, precious as they are, but their context is utterly lost to the abyss of time; any tales written reflect an air of fantasy and unreality, sinking back into the realm of children's stories to all except children themselves.

According to myth, any child who wanders in the forest will find themselves following the unmarked paths that lead them safely away from the numerous nasty beasts within the woods and into the embrace of the trees. The trees are laden with ropes and vines fashioned especially to be easy for young souls to climb into or up with, and yet the child will never have to do too much work on their own - they will find themselves drawn up into the treetops by the forest's inhabitants. 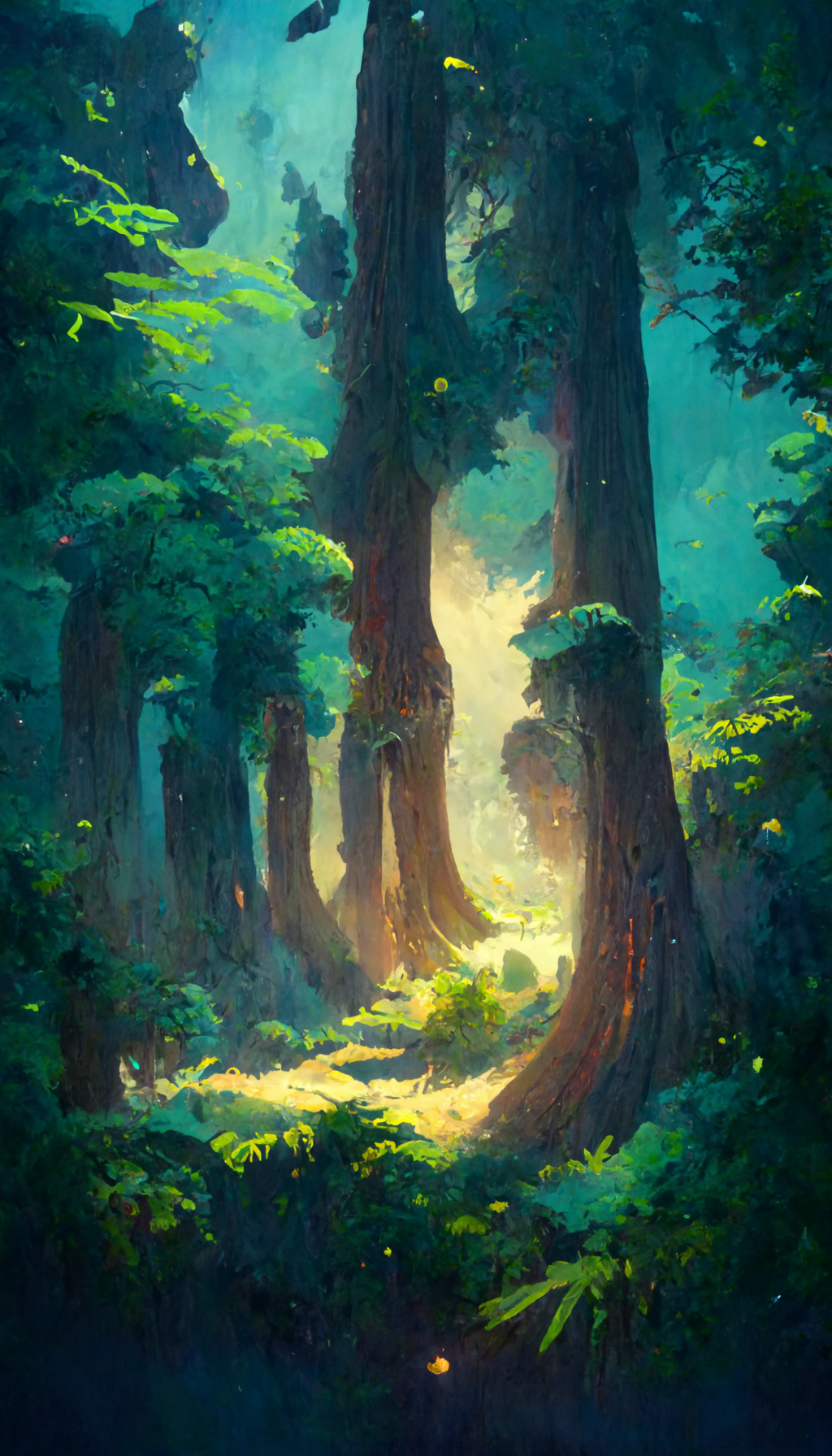 Faerie Forest by Hanhula (via Midjourney)
These inhabitants are not fey - or at least, they are not the amoral, capricious fey that most of the Empire is used to dealing with. Instead, they are a kindly lot that have inhabited the woods since time immemorial, who will gladly share their time, attention, and kindness with their visitors - yet they also respect each child's restriction with a quiet wisdom.   No child leaves the wood too late; no child returns with things they should not.   The children are not kept in the treetops alone, either, if their tales are to be believed. Whilst no adult can perceive their stories as true, the children themselves claim that they fall asleep in those treetops and travel to wondrous worlds in their dreams. They even come back bearing gifts from these ethereal realms - ribbons, dolls, strange sweets, and other small miscellany.   Some are lucky enough to be sent back with medicines, too, for ills they or their family have come down with; the luckiest are outright cured of tragedies that would otherwise befall them.
Despite this gentle trust, there are times where this is breached - where a child does go missing, never to return. Yet the people nearby have not once begrudged the mysterious forest spirits and the talking trees for these incidents. The children that go astray are typically deeply upset with life, often victims of abuse or familial strife, or victims of critical illness and injury that could not otherwise survive. It is said that these children pass out of the mortal world and join the spirits of the forest to have a happier life.

Trees that speak? I cannot fault the logic - the ents exist, as do many other wondrous creatures.

Istralar is home to a great many animated plant creatures and enchanted trees. The druids of the Circle of Harmony and other related organisations (or even independent druids, like Kraia Woodslough of the Lost Ones) are known for regularly enchanting trees and other plants to hold intelligence on a permanent or semi-permanent basis, or even for transforming into them themselves; some druids reaching the end of their lives will even enchant themselves to turn into trees to guard the land they loved in life.
Intelligent plant creatures animated by the land also exist in plenty, as do the fey. There are a great many gentle fey, contrary to regular belief, who might be content to settle in an area to look over the local children; similarly, the legend's tale of children returning as gentle guardian spirits of the forest also makes sense.   Those with knowledge of the Order of the Heartblossom have compared the Talking Trees to how the Heartblossoms lend aid to their keepers; those with knowledge of avatars quietly offer up their theories on it being a local avatar that protects its young.   Whatever the case, and though it remains impossible to prove due to the age-based enchantments, the Talking Trees certainly seem to exist in some capacity. Their dream-wandering effects and gentle healing guidance are likely part of the innate powers shared amongst the entities of the forest, granting locals much peace and granting the children a magical upbringing without compare. 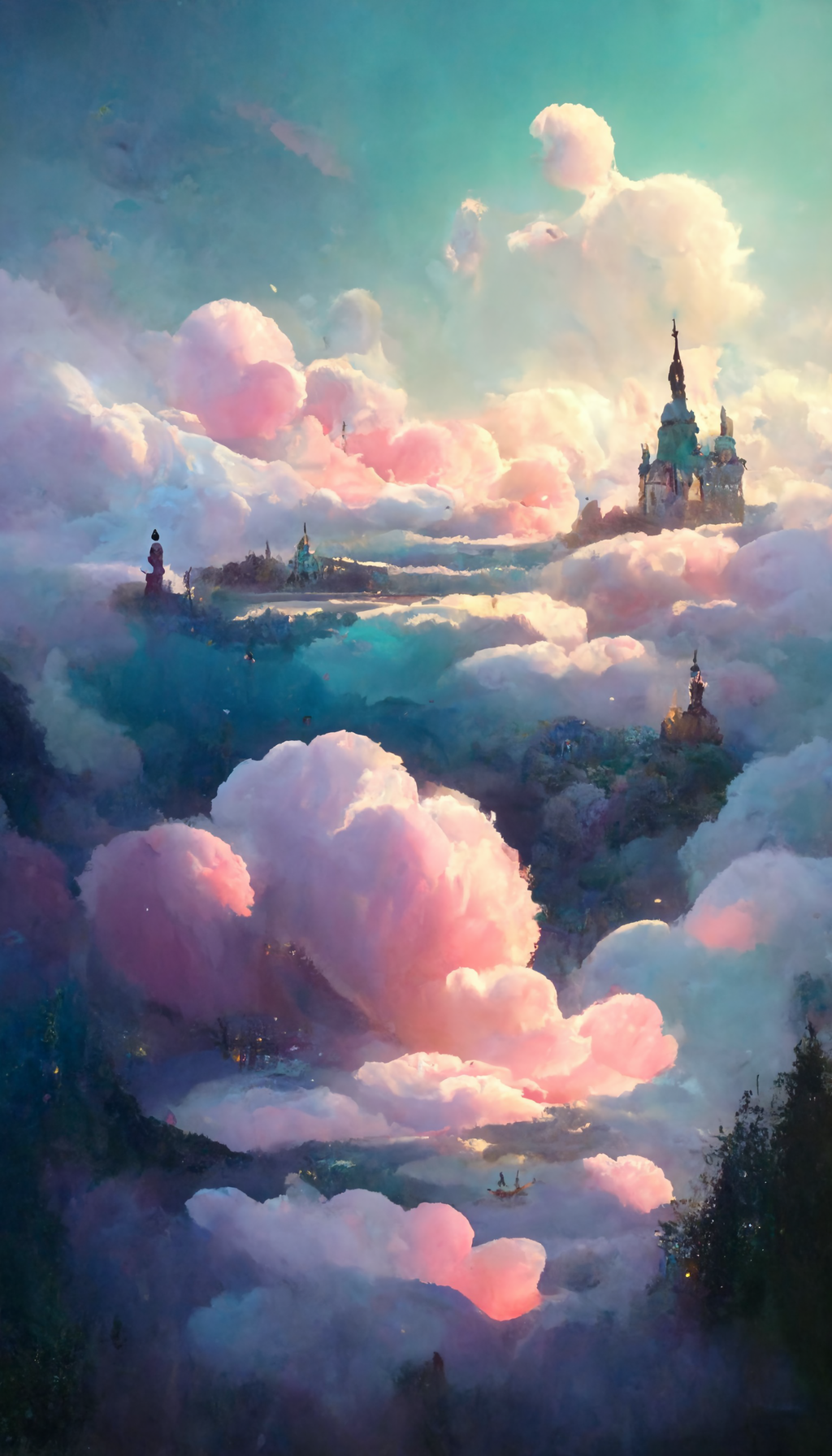 Fantastical Wonderland by Hanhula (via Midjourney)
As no local lordling has yet been foolish enough to declare the forest a threat, it is likely that it will remain as it is, protective and calm, for the next few centuries. And if this is reflected in the amount of mages and druids hailing from the local towns - then is this not entirely a blessing? 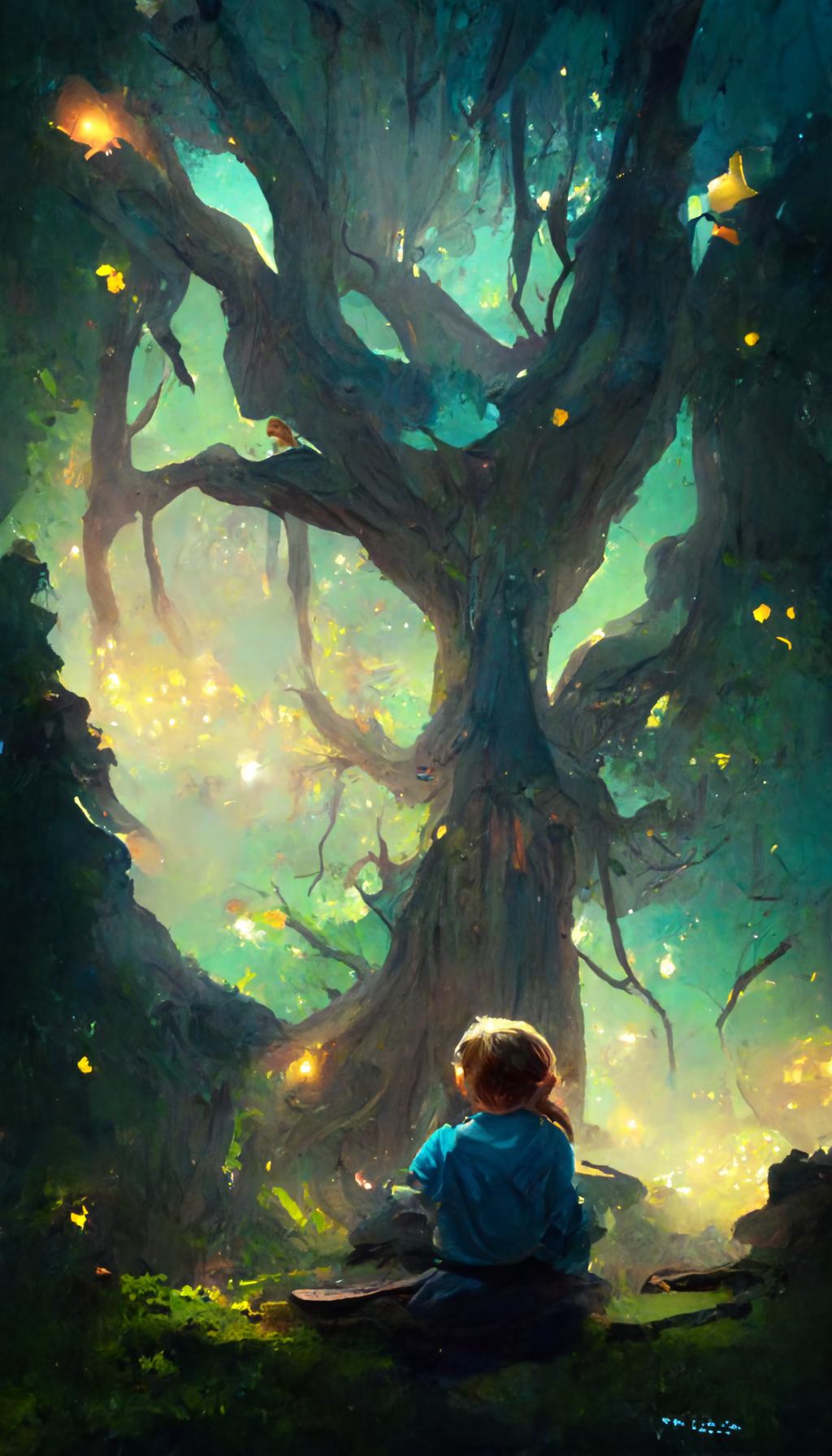 Answering: "a myth or urban legend about a "monster""
Visit Hanhula's Competition Page Check all other answers to this prompt Competition Homepage

What I love about this story is how there is not really a "bad" part of it. There's no consequences for being in the woods, no children getting into any danger. Just a bunch of talking trees that make sure children are safe and sound from any harm or fey, all while leaving them some gifts once they get back home.   I don't have much else to say, it's a really good article!

What a beautiful article. I love to think of these trees as protectors of the children, helping them experience all that they imagine. I especially like the part where you included the missing children all from homes of strife or abuse. Excellent work!