All the world's a puzzle, and all its inhabitants merely pieces!
— member of the Society

Established in the Vostene Republic some centuries before the Republic's establishment as an independent entity, the Kartovian Exploration Society is a formal society for the exploration and study of Istralar's fauna and flora. Its members are the foremost experts in exploration and adventure, and are renowned through Valathe and beyond for their efforts in documenting natural phenomena, planar anomalies, and other mysteries of Istralar and beyond for the benefit of all. 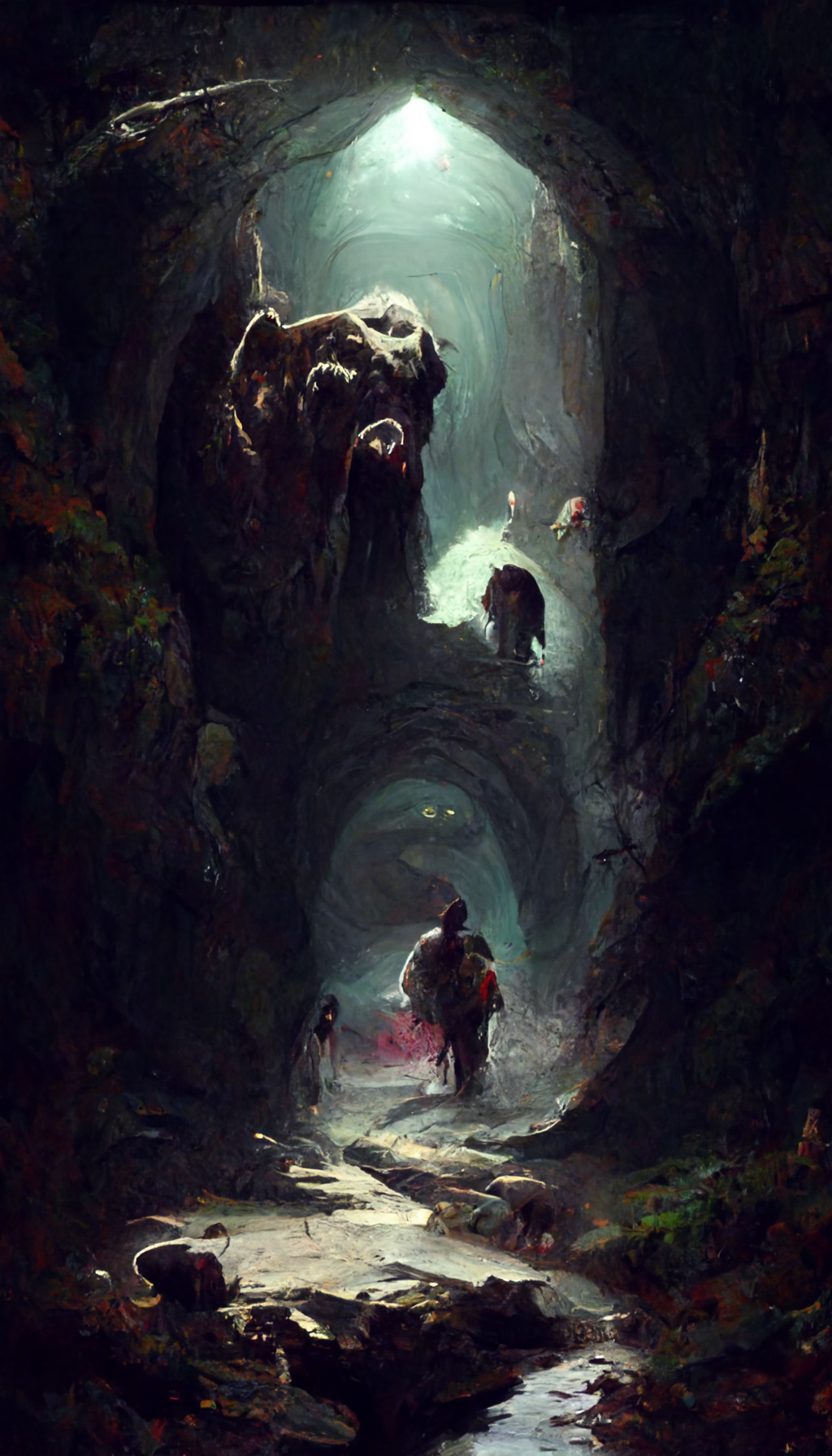 Society Adventurers by Hanhula (via Midjourney)
Their primary headquarters are located in Vaciliano, capital of the Vostene Republic, but their network is spread far beyond just here. They have a series of teleportation circles leading between primary bases across Istralar, with the chief destinations being in Volkur of Iskaldhal, Mijhel of Takawaoku, and Tsukirai of Xin-Jiyu. These are limited in use to only the most senior of members who have long since earnt the right.   The society offers gainful employment to would-be adventurers, providing them with fair rates for room, board, and training so long as they adhere to a standard code during their adventuring.   They are proud to offer quests ranging from defence missions of their risk-taking researchers to great hunts of dangerous beasts, and thanks to their wide geographical reach, serve as a wonderful inspiration and example to those wishing to set off in an adventurer's footsteps. 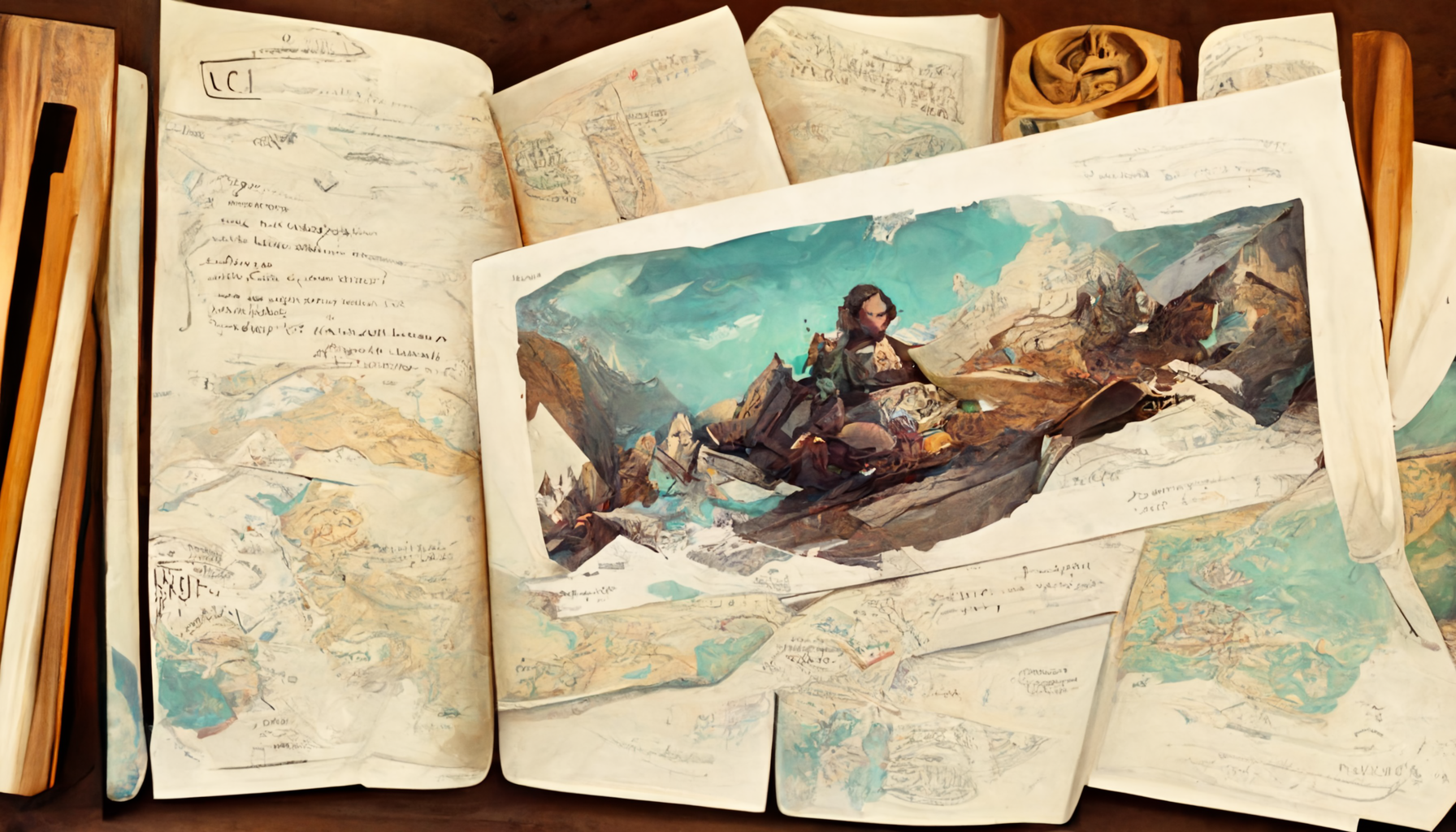 To turn every stone and flee from every beast - we will not back down from a challenge. Well, we will, but we'll always come back!
— cheerful Kartovian

The Kartovian Explorer's Society seeks to map and document every possible facet across the planes, regardless of feasibility. An attempt trumps doing nothing.   They have already published a number of volumes entitled the Codices of Istralar and Beyond with the help of numerous other organisations and countries throughout the world; these have greatly assisted adventurers, travellers, researchers, and every day folk alike.

Chief among the Society's external alliances is their tie to the Eagle's Shadows, a link only known about by the highest echelons of Kartovian members yet one well-known to the Shadows. Even then, most among the Society believe the alliance is simply to exchange knowledge between the two organisations; in truth, a number of Society members are also Shadows, and the two organisations help eachother in subtle ways.
The Keepers of Divinity and Mages Guild, despite despising one another over ancient arguments, both willingly work with the Society and encourage others to do so as well.   They both utilise the easy access to adventurers to replenish their own ranks and to seek aid on dangerous quests when no others are present; this is particularly relevant when one is forced to admit that they need the aid of the other, such as the Mages Guild requiring divine aid. Through hiring adventurers or Keepers by proxy, the other Guild maintains its distance and reputation.   Other institutions of knowledge, such as Thrinda's Arcanium and the University of Masdarat are less significantly tied to the Society, yet provide aid when called upon. Very few external organisations that aren't state-owned are willing to refuse cooperation with the Society, even with its strong association to the Vostene Republic.   After all, the wealth of knowledge they have collected in a few short centuries is incredibly impressive, and the adventurers always prove useful to call upon when trouble arises. 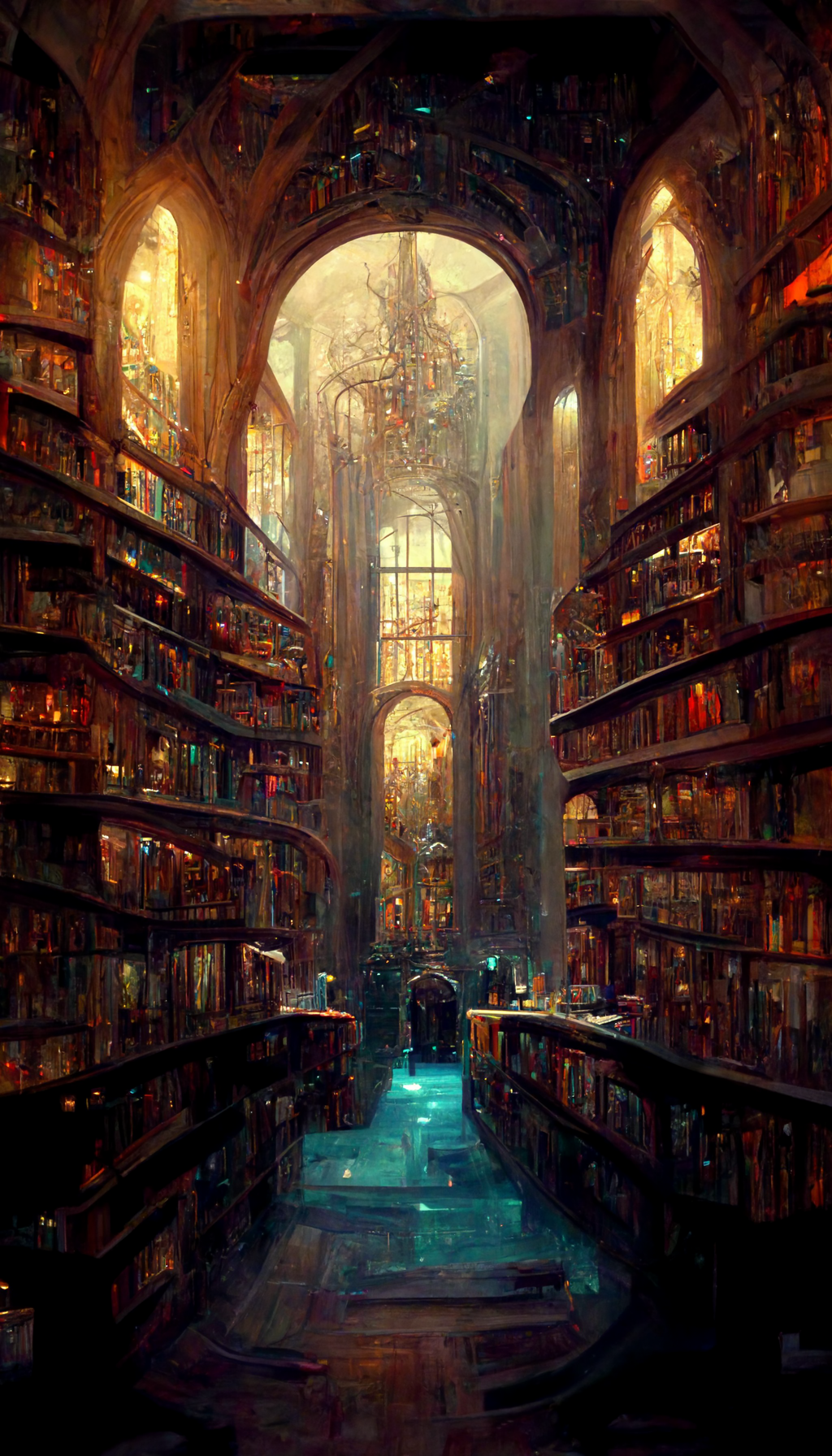 A Society Library by Hanhula (via Midjourney)

We search for answers, and in the search, we find adventure!
— excitable Kartovian

The Society was founded by Chiaretta Kartovy in the early years of the new millennium, when the Vostene Republic had yet to rise up and its predecessor, Vosmeno, ruled the lands. Born to the rich and powerful Kartovy Family, Chiaretta thought it ridiculous that the world had entered its fifth millenium of the new age and none had thoroughly set about the task of writing everything down in an easily-understandable fashion. 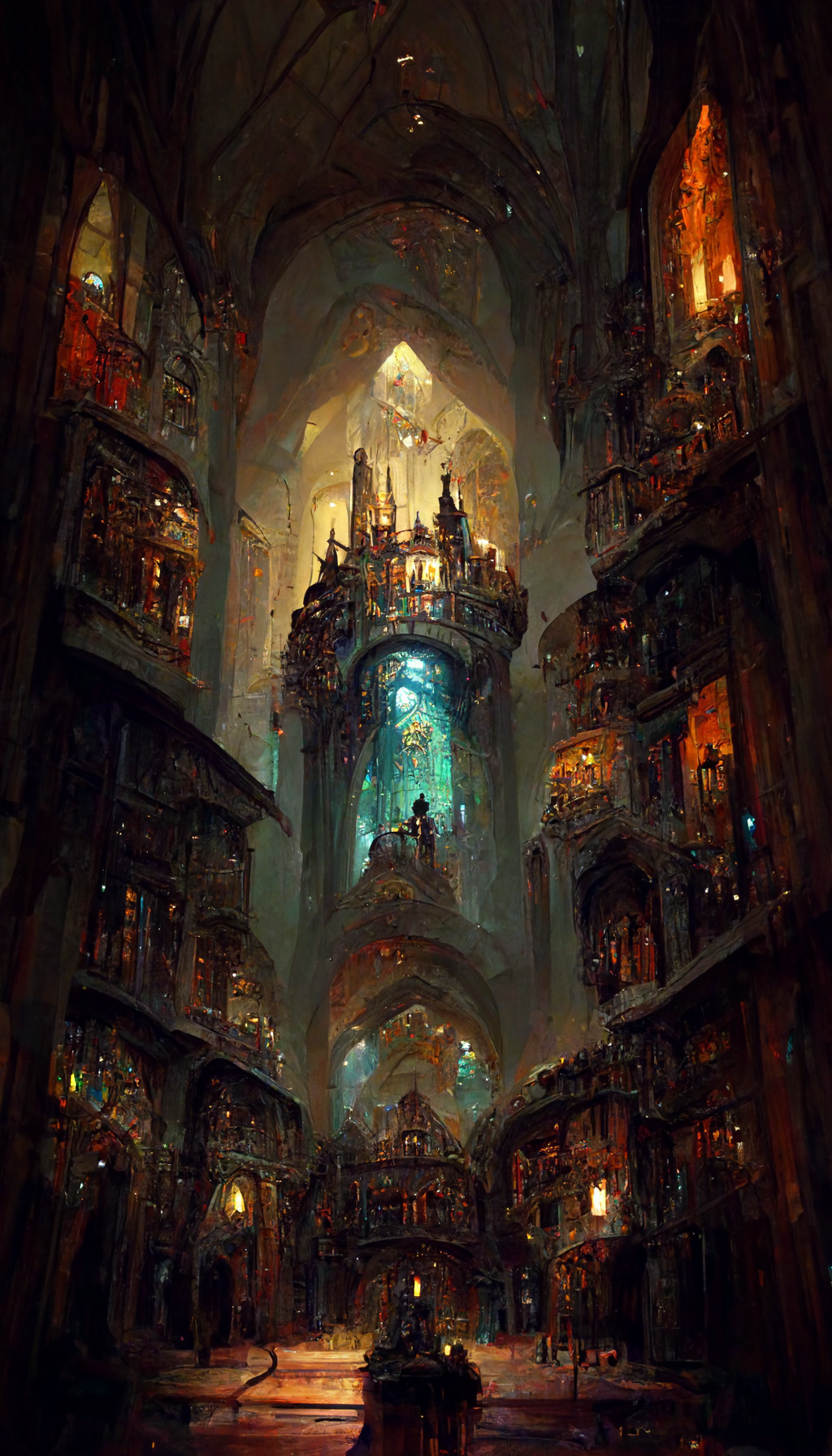 Kartovian Exploration Society guild hall by Hanhula (via Midjourney)
To resolve this, she offered meagre rewards to adventuring groups to at least begin to document the area around her home. She quickly became enamoured with one group in particular, and as they grew in power and always returned home with new trinkets and stories, her own ambitions grew.   When their adventuring days eventually came to an end through horrific tragedy, it was Chiaretta who called in divine aid and demanded they retire before worse could happen. Yet she knew they would never be happy to return to simple tasks and lives, nor could they ever enter the ranks of nobility - it simply wasn't done.   Thus she set them one final quest: to found a guild of exploration and research and mentor those who wished to walk in their footsteps, to guide them to knowledge and open the ways that had forever been closed to common folk. This, they took up gladly. Chiaretta's name became their emblem of exploration, and the compass rose she had enchanted for them upon their first mission became the guild's sigil.
Over time, they grew - and over time, the Kartovy family as a whole found themselves closer to the guild that bore their name, sponsoring adventuring activities and reaping the societal benefits of their charitable outreach.   The Kartovy family has never stepped away from the Society; even now, Mans Kartovy is the current President after traipsing across the world as an adventurer for the past forty years. The Society has grown significantly since those early days, and the adventurers that founded it are forever enshrined within its headquarters - their names and actions never to be forgotten, and their contributions to the Codices of Istralar and Beyond still as significant today as they had been all those years ago. 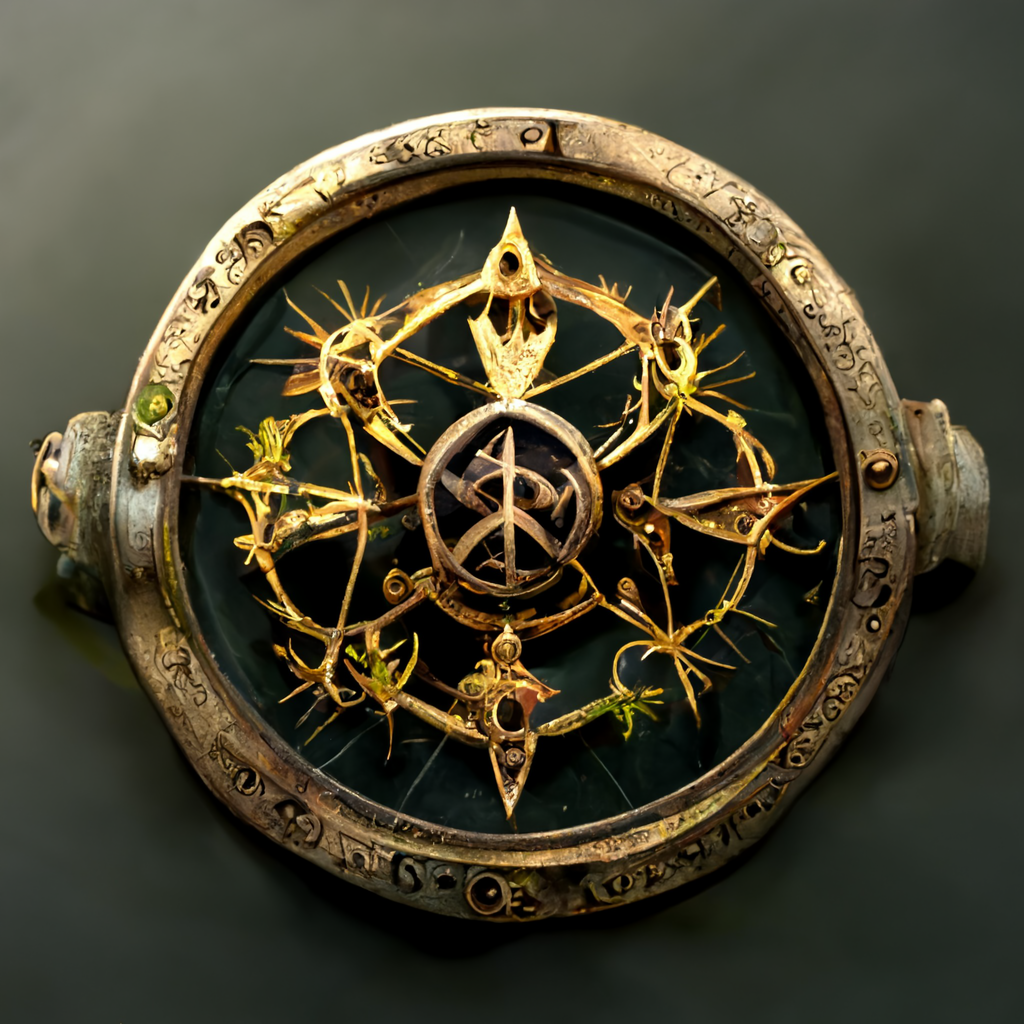 A number of articles within these pages are, in fact, documents from the Kartovian Society's own notes, or from the Shadows' expanded copies of those documents.   The information within them is accessible by seeking the right person to locate the true written works from!

The Keepers of Divinity

Articles under The Kartovian Exploration Society

President of the Kartovian Exploration Society and general nuisance to society. Do not be fooled by the moustache.

For adventurers to be able to quest, there must be a quest - and the quest-seekers are the ones to find them.

A celebration originally held by the Kartovian Exploration Society (and now practiced by many others) that celebrates the return of questing adventurers.

Answering: "An organization associated with governance, leadership or change"
Visit Hanhula's Competition Page Check all other answers to this prompt Competition Homepage