The Fallen Island of Kaihua

Constructed at the height of the Lost Empire of Meihua's power, Kaihua (formally Kaihua-feidao) was the largest of many floating islands on the coastline of eastern Xin Jiyu. It served as the empire's figurative 'seat' of power, having been built purely as a display of opulence - and was thus instrumental in triggering the anger and unrest felt by lowerborn citizens, who were constantly reminded of their stature by the looming shadows it caused beneath.

After its original construction, subsequent Empresses of Meihua each made additions to the Jade Palace that sat atop the island, and to the island itself. Where once glowed green stone later stood miniature gardens, pools of rainbow, and exotic zoo-like enclosures. From below, the citizens of Meihua could see the extravagance expanding due to the shadows, but rarely would they ever glimpse what it was truly like.

Green, gold, and pink were the primary colours used across the palace, and even the earth itself seemed to take on a jade-like green tinge. Most structures were constructed from a mixture of stone, jade, and gold inlay, in the traditional Meihuan style. Pagoda roofs and wooden accents featured prominently, always protected from the elements by strong enchantments placed by the Council Mages, or by the Empress herself. Pink-blossoming trees, mostly plum blossom, gave the entire island a fantasy feel, and in spring, even the area below it would be showered with petals.

At the height of the Empire of Meihua's power, the Empress - Long Yuchen - had the idea to construct a new palace as a representation of her - and the Empire's - greatness. Something that all would be able to see, and something that would further relate her rule to that of the gods. She commissioned her Council Mages to raise a section of enchanted land into the sky to fly there eternally, fuelled by the ley line nexus that hovered beneath it. It was a great undertaking, as few could manage that level of power consistently, but it would eventually succeed.   As the years went on, however, the ruling classes began to be resented by their 'lessers', and Kaihua became a reviled symbol of the power royalty wielded and the money they would never spend on their citizens. Word of rebellion started to spread and eventually, in the Sunlit Revolution, the Empire would fall. Symbolically, the Jade Palace and Kaihua were both brought down once the Empress had conceded, and a special prison was constructed beneath the rubble.   Taking advantage of the natural ley power, the Sunlit Rebellion bound former empress Long Meixue to the Jade Prison, as it became known. Her life would last until the power dissipated, but she would never be in a state to rule. She would be forced to watch her country fall, and would live in suffering for the sins of her line.   Though over two thousand millennia have passed, it is said she is still bound there, breathing, in eternal penance. The government of Yulan Sheng maintain heavy guard over the area to prevent any from freeing or assassinating her, though occasionally high-ranking officials will be allowed access for various reasons. 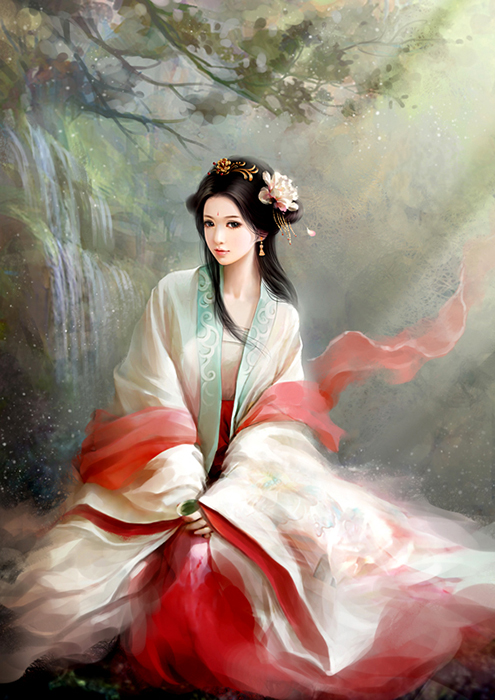