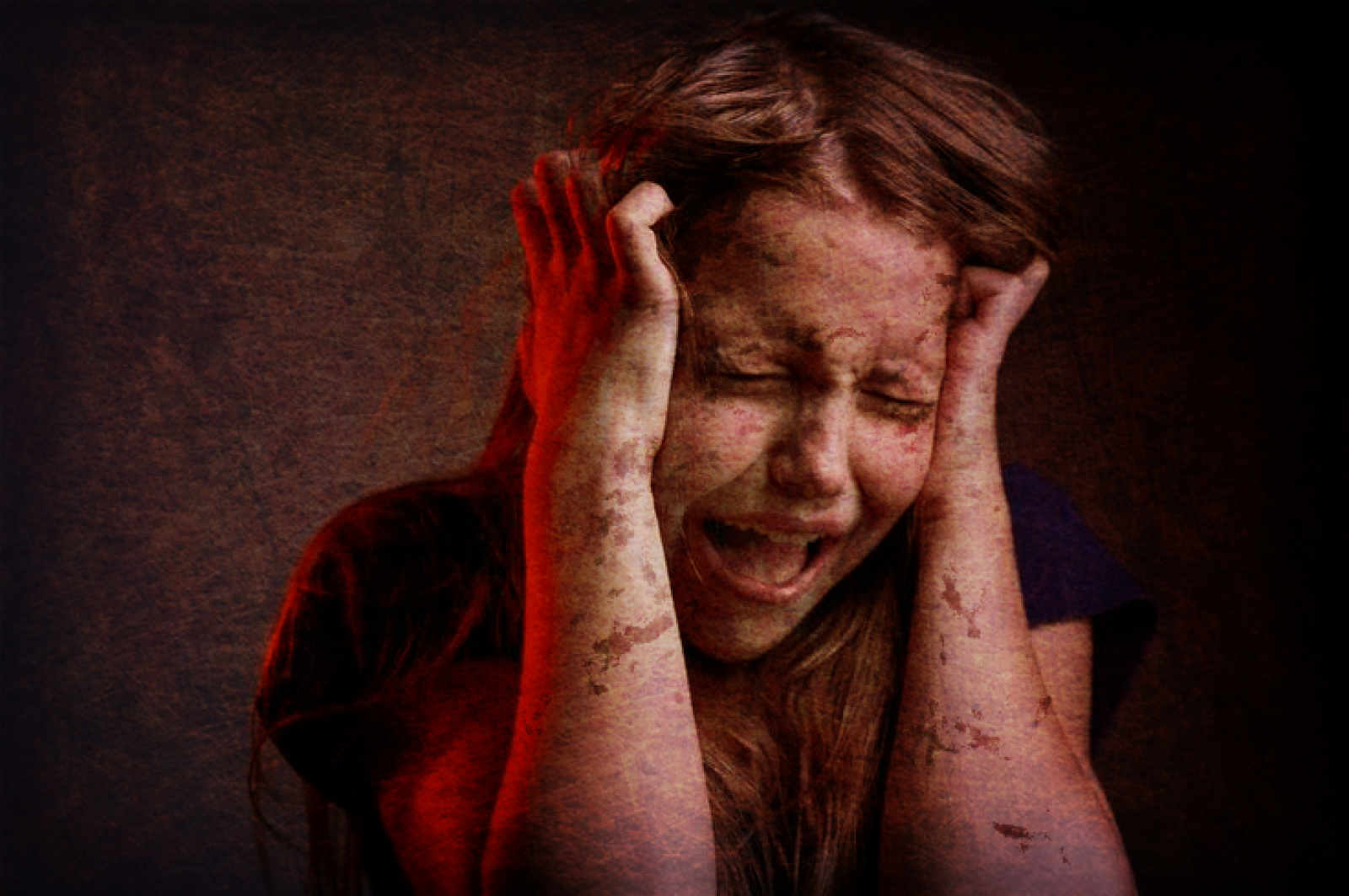 The Curse of Sundered Minds

For those who anger the witches of Iskaldhal, there awaits pain far greater than any a blade could deal. In their arsenal of hexes lie many curses, but one of the most feared is known to only the coven matriarchs: the Curse of Sundered Minds. Reserved for their most bitter enemies, the Curse utterly devastates all it touches, bringing the afflicted to their knees with intense stabbing pains and swirling hallucinations. Many do not survive the Curse's ravages, choosing the ultimate escape over their continued mental torture. As the Curse leaves little trace, this often proves confusing for the victim's families - an outcome the witches delight in. Nothing is better than for their enemies to suffer such a resounding defeat.   The Curse was likely inspired by the mundane migraines suffered by a small portion of the population, as the symptoms are incredibly similar to begin with. However, unlike most migraines, the Curse only continues to intensify and worsen its symptoms, and the pain endured will not fade with time. If not properly treated within a year, the Curse is usually enough to drive its victims to either suicide or total insanity.   Recently, certain nefarious wizards have been experimenting on recreations of the Curse. Whilst these recreations are often not as potent as a coven-cast Curse, they are still incredibly painful and likely to cause the same result over time.

The Curse of Sundered Minds is considered to be a 7th level spell available to clerics, oracles, witches, and shamans, and an 8th level spell for sorcerers, wizards, and arcanists. There is also a ritual version of the spell that allows the participation of other casters. Both versions require physical contact to impart the curse on the chosen victim, but can be delivered into spell-storing gemstones or cursed objects designed to be given to said victim and activated from a distance.   Both versions are exceedingly rare, being controlled by the Witch-Tribes of Iskaldhal. Mythology surrounding the witches states that daring to interfere with or upset a witch is playing with fire and will lead to the Curse being unleashed upon entire towns; this is incredibly unlikely due to the manner in which it actually spreads. There are historical occurrences of towns being overcome by waves of pain and nausea to the point of insanity, but is unknown how the witches may have achieved this.

Conventional methods of migraine treatment are mildly effective on the Curse, due to its roots. Cold compresses, pain-numbing treatments, pressure (often via tight headbands), and ample amounts of food, water and light will all be beneficial to treating the Curse's effects if magical treatment is not immediately available.   However, actually countering the Curse will require multiple castings of Remove Curse by an experienced spellcaster. Each stage of the Curse's progression layers another version of itself on top of the previous, and carries forward any increases in DC (Difficulty Class) provided at the initial casting. If a full coven (or Mythic-level creature) was involved in the initial casting, the DC may be drastically increased to the point where spells such as Break Enchantment, Lesser Wish, Miracle or Wish may need to be involved.

The condition generally progresses through a series of steadily more painful phases, each further muddling the mind of its victims. Each stage is layered on top of the one prior to it in terms of magic, ensuring that the curse will be extremely challenging to remove by all but the most accomplished spellcasters.

The curse's onset is not easy to notice. Over the course of anywhere between 1 and 24 hours, the afflicted will begin to experience lethargy, stiff muscles and a thirst that doesn't seem to fade. This is usually considered unremarkable - the symptoms are generally assumed to be those of usual tiredness or lesser illnesses, and by the time anyone has noticed something unusual, the curse has already progressed to the more dangerous second stage.

The effects warp dramatically in Stage Two, and thus most learn that the curse has been placed during it. Lasting from anywhere between 30 minutes to 6 hours, the victim will begin to experience shifts in their perception. Hallucinations of flashing lights/colours, dark/coloured spots, and strange sparkling patterns will overtake their sight as their hearing becomes hyper-sensitive. Limbs begin to weaken and turn numb at random. Speech becomes disjointed and hard to understand. Occasionally, this stage will worsen to the point of fainting or paralysis depending on the physical condition of the victim.   The effects caused by this stage are referred to as 'aura', taken from the migraine-related term for similar effects experienced outside of the curse. Those who regularly experience migraines may find it hard to differentiate their usual migraine issues from the Curse at first.

Unlike a standard migraine, the effects of the aura do not fade much during the Curse's attack. Intense pressure builds up on one side of the victim's head, causing an intense and sharp pain not unlike a dagger being thrust through their temple. As the Attack phase continues, this pain only grows worse, becoming an all-consuming blight. The Curse is not content to simply cause pain, however: the afflicted will experience extreme sensitivity to light and sound, with each flicker of noise or light feeling akin to a knife being thrust into their skull and twisted. In addition, dizziness and nausea will occupy their other senses, plunging them into a feverish mixture of agonising sensations.

After the above two stages occur, they will interchange in random intervals, with their effects strengthening each time. By the end of the first month, the afflicted will find it difficult to leave bed without collapsing or vomiting, and will be in intense pain at the slightest sound. Many request to be blinded or deafened to make dealing with this easier, if there is no quick possibility of treatment. Others will, as mentioned prior, choose to commit suicide rather than endure the pain any longer.   The Curse does not fade naturally; it is permanent, and continues to worsen as much as physically possible.

When cured, the afflicted may be far more prone to regular migraines, though these will not affect them to the extent of the Curse. They may also find themselves dealing with a series of mental issues depending on how long they were under the Curse - it does focus its energies on driving the victim to insanity, and many find themselves on the brink even once they are free of the initial curse. For this reason, some insist that the Curse is truly eternal.

There are very few ways to prevent a curse being laid if a witch is truly determined. Possessing your own magical ability and checking everything for magic before touching it is one preventative method, as is living in an antimagic barrier. The easiest way, however, is to simply avoid angering the Witch-Tribes or any who might seek to recreate their curses. Teleportation and planar transportation are fast and effective methods of escaping if, for whatever reason, this was inevitable.

None are certain what prompted the Curse to first be unleashed, for the victims of the Witch-Tribes are either terrified into silence, or have long since been buried. Draconic scholars of the area, who need to care little for mortal curses, have more information on this, but are loath to part with the information without significant exchange.   It is, however, commonly rumoured that the Curse was initially created after a powerful apprentice was struck ill with severe migraines. As part of her recovery, she channelled her anger and pain into the creation of a new spell - one that would be twisted into the Curse it is today. Using this power, she would allegedly disable her coven's Matriarch and take the position for herself, threatening to lay her dark Curse on all who approached. However, she would not rule for long - overcoming the pain, the former Matriarch would angrily spear the upstart's skull with a ritual knife and seize the spellpages for her own. The story, whilst likely fictional, is told to young apprentices to remind them of their place - and to tease them with knowledge that might someday be theirs. 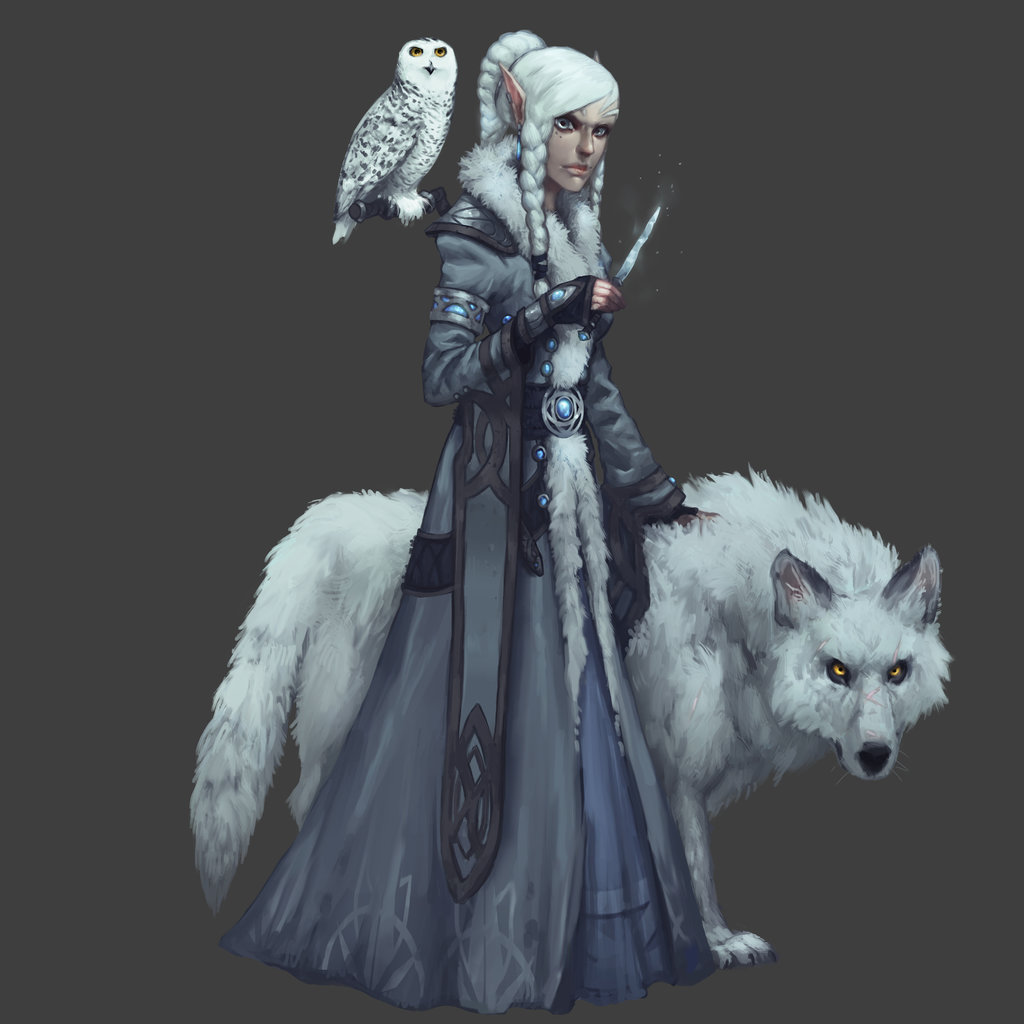 That is one nasty spell. Are there any specific people or races the witch-tribes target with this spell?

The witch-tribes don't seek to make specific enemies - in fact, most of those in the area stay either on neutral or (cautious) good terms with them. It's only those who anger them - generally to excessive levels - that warrant this.

Oh my, as if regular migraines weren't enough of a pain in the ass, er, head. Never piss off a magic user that can do that.

This sounds like a really gnarly affliction/spell. The text under your picture is a little hard to read though; I almost missed it the first time I read this.