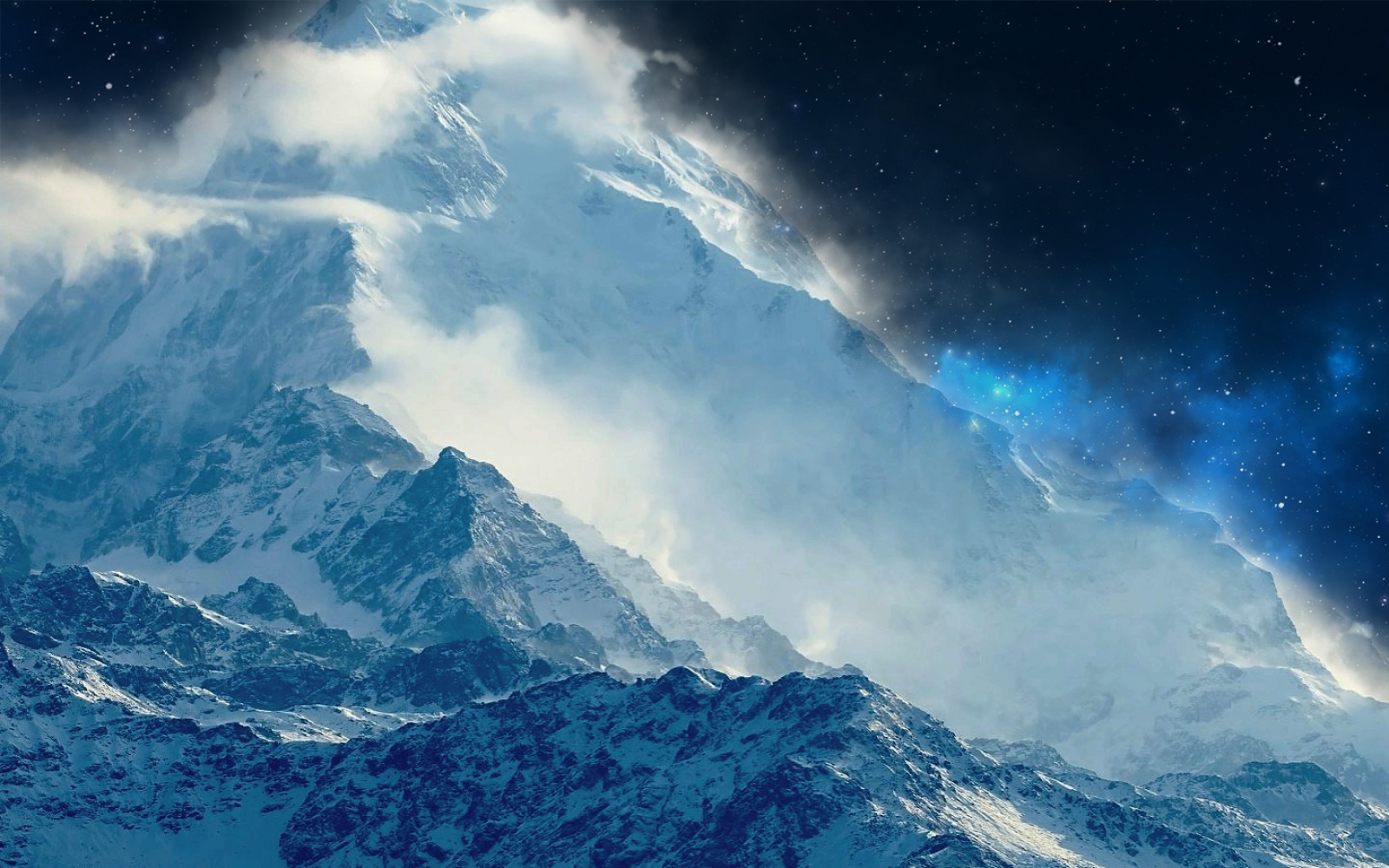 At night, you can still hear their cries.
— Iskaldhan rumours

Towering above the many huts and hovels of Iskaldhal's northernmost Witch-Tribe settlement, Varjojäätäla, lies one of Iskaldhal's most infamous mysteries. Kyöpelinvuori is spoken of in mere whispers under the breath of Iskaldhal's peasants in fear that even a mention of the Mountain of Death will invite Death's spectre to their door. Though its snowy slopes and cloud-hidden peak provide ample encouragement to would-be adventurers, said peasants will advise any who speak of the accursed hill that none have ever been able to reach its peak, no matter their way of ascension. Those who fly find their spells failing them; those who attempt the climb are never seen again.   If this were not reason enough to avoid the peak, the covens of witches living at its base are said to have significant reason for settling in such a malevolent place. Though none of the witches have ever broken their silence, it is assumed that something within the mountain itself is to blame for their presence - whether the caves within hold ancient treasures or extraplanar horrors is known only to them and the victims they bring within.

Victims of the Mountain

Come, traveller! We have warm beds and hot drinks. Take a seat and get the cold out...
— Häxfalstad's innkeeper, luring adventurers to their demise

The Witch-Tribes are never safe to approach, but those surrounding Kyöpelinvuori become deadly to the wandering adventurer towards the end of each month. On the final Sunday of each month, any prisoners held by the covens are placed under an enchantment known as the Final Smile, trapping them in illusions of happiness and numbing their bodies to most external stimuli. They are then led in a silent procession to an immense stone doorway marking the entrance to Kyöpelinvuori's depths, where the witches raise a wall of mist around them. By the time the mist has dissipated, none of the prisoners remain.   The procession is carefully observed by guards and watchers from other Iskaldhan settlements. If the tribes have not obtained the necessary number of prisoners that month (estimated to be in the range of 7 to 20) to complete their dark ritual, they raise the alarm with their local settlements and flee immediately by way of teleportation magic. Each is well-aware that if their spells fail to remove them from the area in time, they become prime candidates for the ritual themselves. Smaller sub-covens of the main will descend on any nearby settlements to obtain additional victims if needed, hence the need for a lockdown - in previous months, unprepared towns have been decimated by lack of preparation or by having been lulled into a false sense of security by witches pretending to be nice.   The town of Häxfalstad, situated a few day's travel from Varjojäätäla, has embraced the witches and their traditions by transporting all of their prisoners directly to the latter town for use in the monthly ritual regardless of the prisoner's crime. Should they fail at maintaining a steady amount of criminals for the witches to use, a contract between the town's mayor and the Witch-Tribes decrees that the covens be informed of any non-citizens taking up residence within the town; if there is still a deficiency of bodies, a lottery is drawn to condemn two of the townspeople. This has only occurred once in the past, and the victims of the lottery have been held as town heroes since.

The Door by Bastien Grivet
In the scarce hours of daylight the north of Iskaldhal receives, Kyöpelinvuori's vast shadow steals away the light those beneath it would so desperately wish to enjoy. The mountain stands taller than all around it, stretching up into the thick blanket of clouds that seems almost ever-present in the Iskaldhan sky. A carpet of glistening snow hides the treacherous edges and pits littering its surface, resting undisturbed but for the rare marks left by foolish mortals thinking they could be the ones to finally stand at its peak.   If any were to survive the journey, the view from atop the mountain would be incredible. Pragmatic scholars have described the supposed view in their books - the sky would be cloudless, granting a view of space unparalleled across Istralar - but many hold onto the legend that Kyöpelinvuori's peak would function as a gateway to something beyond the Material Plane. Whether this gateway would lead to the realm of Death herself, to one of the three heavens, or to the goddess Desna's realm of Cynosure is in dispute.   Somewhere around its base lies a carved stone door adorned with strange symbols, used by the witches of Varjojäätäla in their rituals. It is not known when this door was created or who its creator was, but local legend suggests that as the peak reaches up into the heavens, the door leads down into the three lower planes. The intermittent screaming that can occasionally be heard from behind the door lends additional weight to this theory in the minds of any unlucky enough to hear it.

Careful use of scrying and telescope technology has gleaned that, whilst usually covered by snow, strangely glowing ores can be seen beneath the layers of ice. Human scholars have suggested that this is a different emergence of Istralite or its partner from the fallen Terra Arcana, whilst those of dwarven persuasion have decided that it is a new mineral altogether. No samples have yet been retrieved of this unknown material.   It is presumed that veins of this material, along with the usual minerals of the region (iron, mythril, and occasionally glimpses of adamantine), can be found within the mountain. Expeditions to determine the truth of these assumptions have unanimously failed due to the interference of local witchcraft and wildlife.

The Northern Continent of Iskaldhal