"Congratulations on your purchase of a genuine Android Mk. K unit! To learn more about the uses and functions of this assassin-class unit, please read the following standard-issue manual.

Warning: The Mk. K unit is equipped and trained to kill. Using it to do so illegally will not absolve you from the crime. Please take care when issuing orders.
— - A manual retrieved from a sunken merchant's van

'Genji' was obtained by Pin Whisperbreath after the party were teleported to Port Amarin by Celuriel Geltharieth. Upon seeing slavery in practice, she was horrified and purchased Genji to rescue him... then promptly used his assassination skills to dispose of the merchants under cover of night. This murder has not yet been traced back to either of them, nor have they discussed it with any others in the party.   Due to his upbringing, Genji was a blank slate before Pin freed him. To ensure he develops a 'normal' sense of morality and a regular personality, he has been given plenty of reading material by various members of the party, particularly including Ashlyn Alarian. He has since developed a vague sense of independence and humour, though still remains solidly neutral and sometimes slips back into his emotionless mode. His assassin talents have been useful in the party's many combat missions, where he's often found flanking enemies with Aniks Alas'thil.   Underneath his helm, his face is relatively normal-looking until one notices the pulses of electricity and distinctly fake quality to his skin. His more 'human' visage, whilst rarely on display, is significantly Eastern in design (likely due to Vexua's eastern location).

Perfect condition, fitness-wise, aside from his replaced limbs.

Body made of artificial compounds; mostly visible in the metal plating he wears. Mostly indistinguishable from human when plating is fully removed, aside from combat modifications and replaced limbs.

Circuit tattoos running across his entire body. Has had one arm and both legs replaced with fully cybernetic variants (legs taken from knees, arm from shoulder).

Wears a simple silver set of armour, and over it, a black fabric ninja gi.

Thorough conditioning as an emotionless construct, then destruction of all his memories.

Still developing this; so far, he understands that evil should be killed, but isn't too clear on what counts as 'evil'. Will not harm those he considers 'friends'.

Will not harm Pin Whisperbreath. 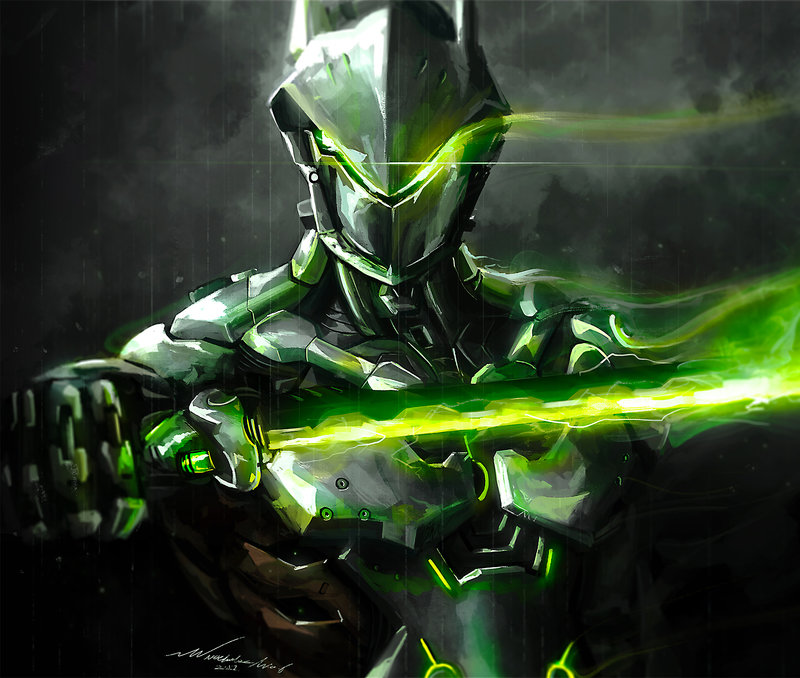