The Order of the Golden Stag is a brotherhood of knights and soldiers faithful to the Temple of the Divines, most notably devoting their piety to Praedus, the Golden Stag. The order is one of the oldest of the Orders-Militant. Headquartered in the city of Riverton, it also has closer ties to the local government than most other orders do. In fact, the Duchy of Riverton allows the order free reign to patrol the lands of the duchy - and even the streets of the city of Riverton - enforcing their own brand of law and order.

The organization of the Order of the Golden Stag is similar to that of other orders, although the naming conventions for the ranks within their hierarchy are different. Also, many of the roles and responsibilities of various ranks are unique to this particular sect of the Orders-Militant. Because of the Order's focus on enforcing the law of both the Temple and the secular government, there is a much larger focus on domestic legislation, adjudication, and peacekeeping.   The leader of the Golden Stag, rather than being named the Grandmaster, is entitled as the Grand Justicar. Not only does he lead the order, but is considered one of the highest moral authorities in the land, just short of the Grand Speaker of the Temple himself. The Inner Circle, likewise, are held up as paragons of virtue by the collective culture of the region. These six men are referred to as Chief Magistrates of the Six-Fold Truth. 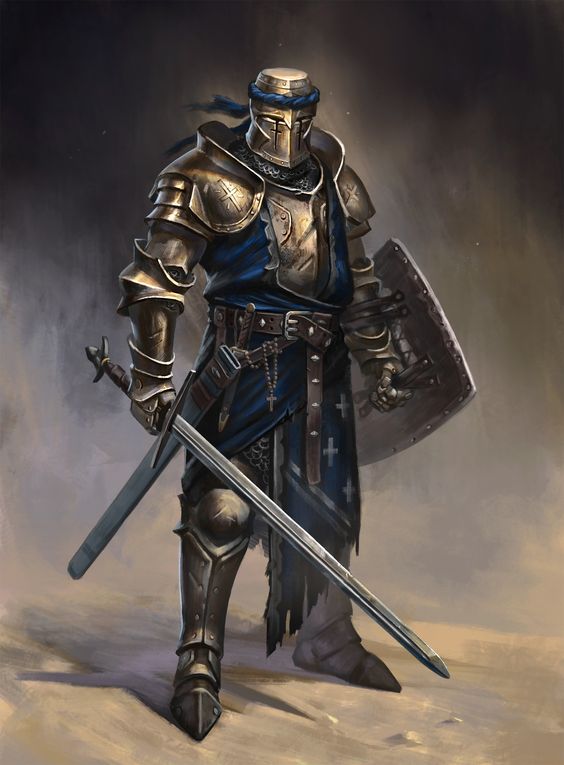 A Justicar
The Justicars of the Order of the Golden Stag occupy a position among the order that would equate to the Brother-Knight in other Orders-Militant. Likewise, a Chief Justicar holds a similar role to that of a Brother-Paladin. The Justicars of the order are the backbone of the brotherhood, trained not only in the way of the sword but also educated in matters of the law, adjudication, arbitration, and of course the teachings of Praedus. Justicars are often appointed by the Duke of Riverton as magistrates, blending the lines that divide the duchy and the order. They also often lead patrols of Lawkeepers; acting as judge, jury, and - in some cases - executioner.

Squires and Initiates are named the same as in other orders, and their education and training is much the same as well. A noticeable difference would be a focus on learning the letter of the law, standards for adjudicating said law, and other matters important to those who aspire to police the realm enforcing legal standards.


The foot soldiers of the Order of the Golden Stag are called Lawkeepers. The role the Lawkeepers fulfill is more similar to that of a police force than that of an army. Squads of Lawkeepers can regularly be seen patrolling the streets of Riverton and other cities of the duchy. It is not unusual however to see patrols - lead by a Justicar - as far as the Kingdom of Teugoras. While the Lawkeepers have no authority to pass judgement, they are given leave by the Order - and by extension most governmental authorities - to approach and apprehend a perpetrator when they bear witness to a crime. 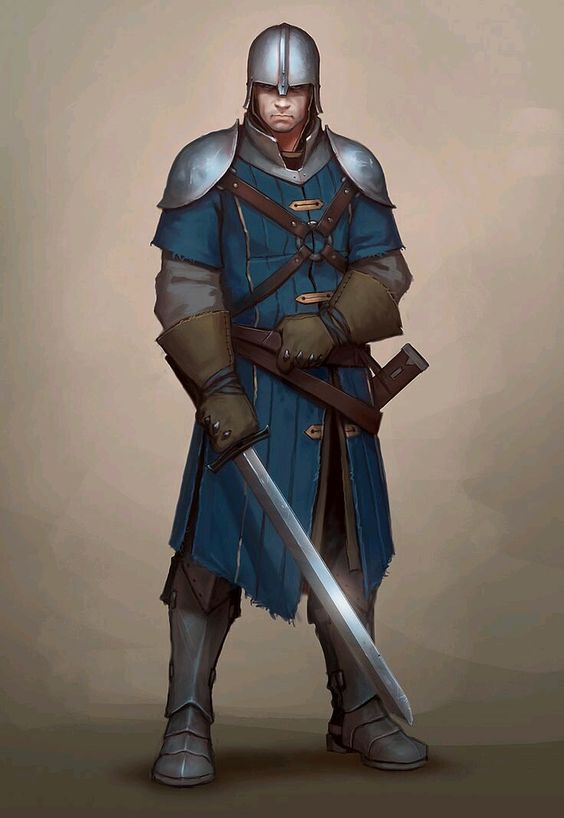 On its surface, the mission of the Order of the Golden Stag seems clear: enforce the laws of the land and the tenants of the Six-Fold Truth. The order has allied itself very closely with the Duchy of Riverton, which is clear in how pervasively the order has integrated with the culture of the city and the region. Even further out, to Brisburgh and even neighboring kingdoms, the order seeks to gain the trust of local governments so that it can operate freely within those borders.   Again, the agenda of the order being the enforcement of the law merely skims the surface. With any organization as large and as powerful as the Order of the Golden Stag, there is always the potential for corruption. Within the ranks of the Order there may be those who are devout in their faith and pious in their purpose, but there are others who work to extend their own personal influence - often for their own personal gain. Even looking at something as simple as a patrol of Lawkeepers on the city streets, it is not unusual to see some groups acting more like local thugs than the representatives of a religious order. Patrols of Lawkeepers shaking down local merchants for a tithe in return for their protection is not uncommon.   The way the public views the Order varies depending upon whom you are asking. For those of noble rank, a clean conscious, and fervent devotion to the faith - such as Duke Elias Bartledge himself - the Order seems as if it could do no wrong. In contrast, many on the streets have come to fear the oppressive presence of the Order and its patrols of Lawkeepers and Justicars. The absolute authority with which they wield their power - with the blessing of the government - leaves the common people feeling helpless in their presence.   Among those within the Temple itself and the other Orders-Militant, the Order of the Golden Stag is generally looked upon favorably. Those with a more libertarian mindset recognize the oppressive methods used by the Order, but few would ever publicly condemn them. Even among the pious, and among the nobility that supports them, the airs of corruption are obvious. In fact, many among the nobility support the Order merely out of fear of reprisal.

Like the other Orders-Militant, most of the knighted brothers who join the order bring with them their own arms and armor - generally accompanied by a healthy coffer of coin to last them even after tithing much of it to the Order itself. To supplement this, many of the governments within whose borders the Order patrols pays a tithe to support them in return for the added domestic stability that they provide. There are also regular seizures of goods and coin during the regular conduct of the Orders duties, which goes to further fill the vaults of the Order. As a result, the Order is able to provide some of the best equipment, arms, and armor to the Lawkeepers. While many other Orders supply their men-at-arms with little more than a shield, spear, and helm - or require that they bring their own - the Order of the Golden Stag issues freshly forged steel swords, mail, and helmets to all of their Lawkeepers. Their armories are also filled with spears, shields, bows, and other necessary implements of combat. It is always seen to that all members are well taken care of, and full bellies are never a worry. The wine and ale flows readily in the dining halls of the fortress monastery and in the numerous barracks owned by the order, as well.

The history of the Order of the Golden Stag dates back to the early days of the Temple of the Divines, and indeed to the earl history of the Duchy of Riverton. After Kallenston began to grow, the need of a major trade port downriver near the coast caused a boom in growth in a fledgling settlement that is now Riverton. As this growth occured, so did the risk of rampant crime, abuse, and corruption. As proto-order warrior-brotherhoods began to grow, one of them grew up around this new trade port with the focus of maintaining law and order. This, eventually, grew to be the Order of the Golden Stag - one of the oldest of the orders-militant.

Baelon Haywich is the Grand Justicar of the order of the Golden Stag, one of the oldest of the Temple of the Divines' Orders-Militant.


Upon the Six-Fold Path shall my feet stay true. To the Six-Fold Truth shall my heart remain pure. To the law of Praedus shall I devote my life. I shall suffer no lies, tolerate no dishonor, and let no oath-breaker go unpunished. This I swear to the Six Divines.
Oath of the Justicar.