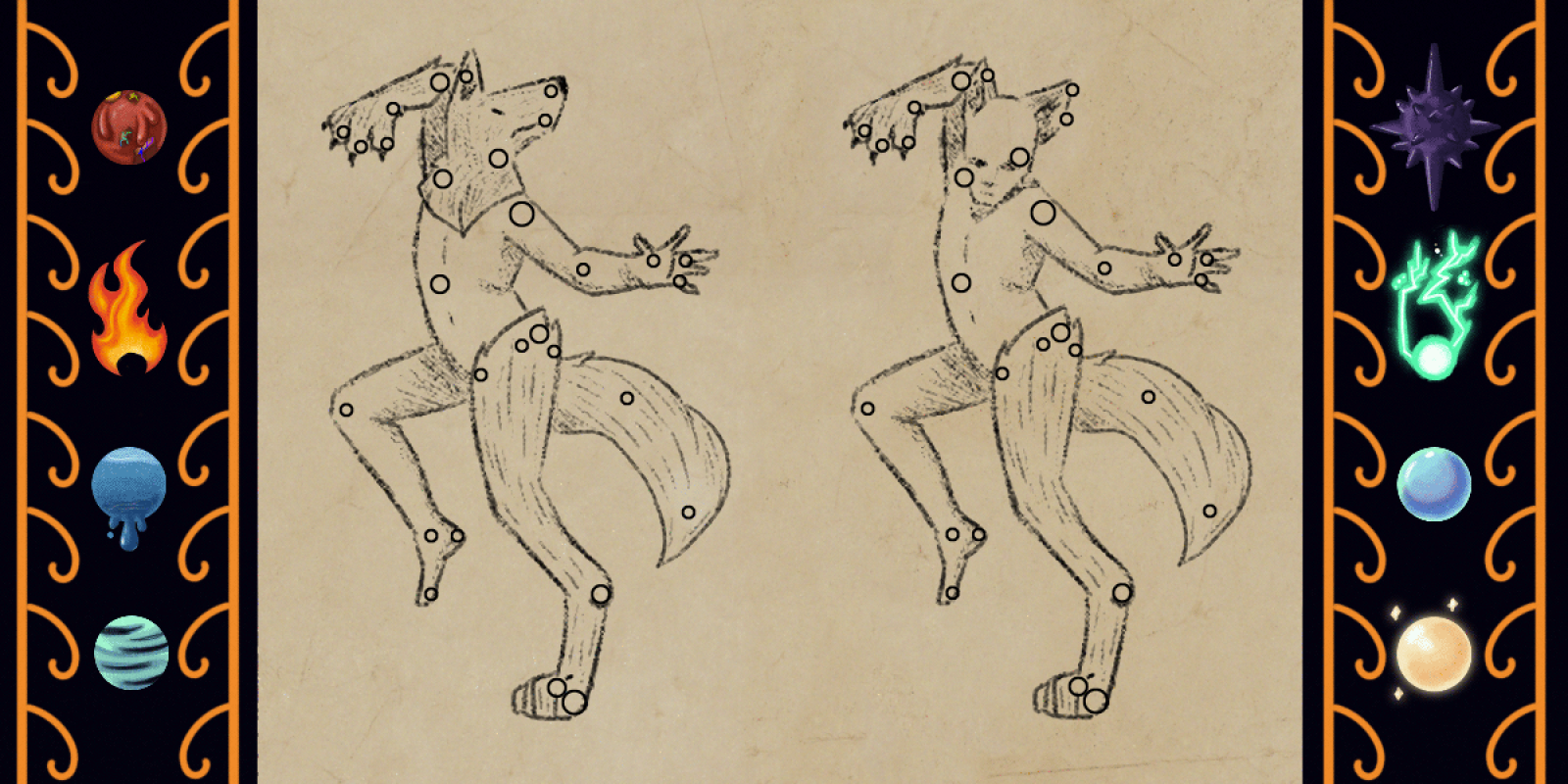 [The] Shifter is a star cluster consisting of 127 stars, with 28 stars making up the main constellation visible to the naked eye in the southern sky. The constellation's name is a reference to the demon species Were.

Also known as The Paw, it is the second brightest star of the constellation and resides opposite of Oculisis as the farthest south and is pure white in colour.
Due to the fact that the constellation has two ways to be percieved, there are alternative names for Oculisis. Some call it the Throat, or Jugular. Text dating back many years often jumped between the two depending on the author. However, in most scientific text it is now refered to as the Eye for ease of understanding.

Shapeshifters in Were and Human Mythology

Some say the myth of lycanthropy stemmed from the first sighting of a Were, with fur as bright as the stars. A Were Mid-shift and Full shift matches up to the descriptions and depictions of werewolves of ancient times. There are many species that can shift between humanoid and beast, but Weres often boast a size far larger than many. 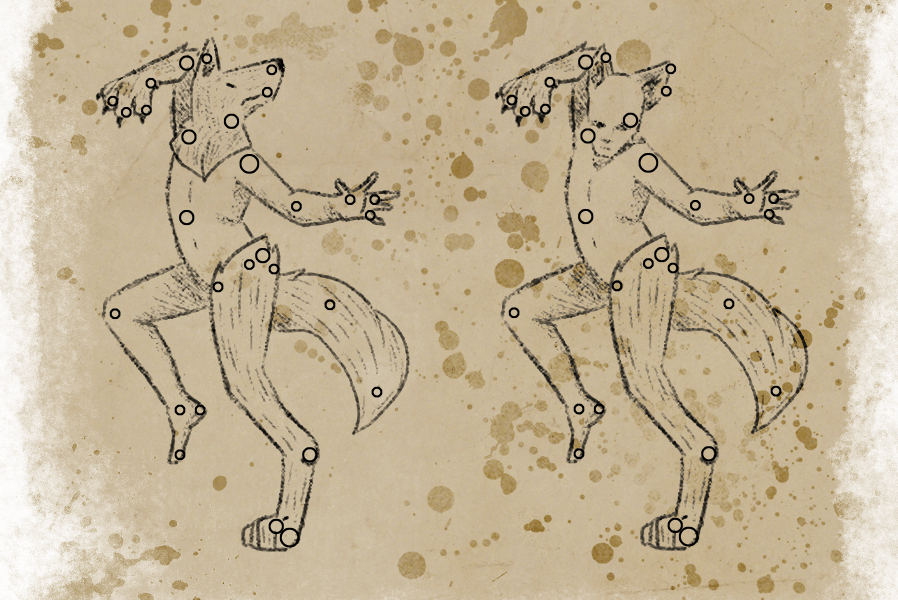 Depending on the clan they percieve and illustrate Str differently. The constellation body is the same in each: a humanoid with one of each of limb being human and the other being feral, along with a long flowing tail.
They differ in the faces and head: A were with the head of a wolf looking to the left, or a humanoid head and a pair of animal ears.

There is still debate in the academic sphere on what visual reading of Str is the correct one, as they both appear to have illustrations dating back to the same time. It is the subject of many academic papers and theories, though some Weres are coy with any information, claiming that it's part of the myth and charm.
Many lean into the more humanoid depiction, as the brightest star is named 'The Eye'. 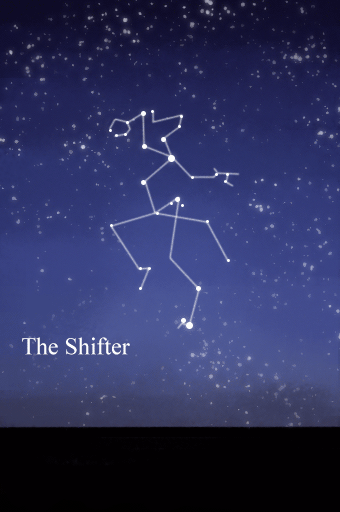 Alternative Name(s)
Shifter, The Were

"If you look up into the sky, close to the horizon, you'll see it." Her uncle grumbled, his voice hoarse. She followed his extended arm and his finger. It was rare to speak to him when he was in Mid-Shift as he spent most of his time as his Daemon form. She squinted, her ears flicked back. "I don't...Oh! Oh, is it with that bright blue one?" she gasped, smiling.

He let out a dry chuckle. "That's the jugular. You see it?"

"I...I thought you said it was called The Eye, papi?"
"It's complicated." he huffed. "It's not as fancy to call it the artery."