The Festival of Vitality

Looked over by Devita the Goddess of Life

The Festival of Vitality takes place in the month of Vitaeal, when Lifeblossom trees surrounding the main temple of Devita in Juptmou bloom. It celebrates the coming of Vitaea and has beings asking Devita for her blessing.
It is usually a festival solely for followers of Devita, but others can participate as well, and more can be seen in the History section below.

Most participants enjoy abundant food and drink, typically fruits that are in season with a bright and refreshing taste. There are light meals and snacks available through-out the morning and afternoon so the revelers can enjoy the sights and sounds of Vitaea while enjoying a small meal.

During the Festival, it is common to participate in an event called the Flos Flurry, wherein participants use ground up petals from either their own garden from the previous year, or purchase a bag from a vendor. The festival participants dance to music and throw the petal dust at one another to share the beauty of the last years blooms.

It isn't uncommon for less arcane sections of Isidoro to turn the Festival of Vitality into a more music centered event with heavy partying, where petal and other miscellaneous vendors sell their wares. They still participate in the Flos Flurry but it is removed from the religious symbolism, and is simply something done during concerts.

A main driving force of the Festival of Vitality are petals harvested from the previous year's blooms, which are crushed into colourful powder. This powder is used as face paint for the Priestess of Devita, and the temple specifically uses petals harvested from the main tree behind the temple's ground. There is also satchels of the petal ground into powder as well, that can be bought to help support the temple.

Beings often use things from their own gardens, and these can be used for face paint for the general population or in the Flos Flurry event.

It is recommended to wear white when participating in this festival, so that pollen and petal dust can decorate participant's clothes during the celebration and turn them into works of art.

The majority of the Festival of Vitality takes place in the territory of Juptmou, around the Temple of Devita. There are lush trees that are native only to a small part of Juptmou, which blossom after the Vitaea showers in a quick and sudden burst of colours.

If followers of Devita are not near the main temple, they will celebrate with friends and family in a smaller version of the festival within their community.

Originally, the Festival of Vitality took place solely within the main temple of Devita, with the Priestess and other followers behind closed doors. An offering of food, placed at a special altar was dedicated to her, hoping to please the Goddess and have the land be blessed with healthy crops and mild weather. Followers would preform music and sing songs hoping to impress the Goddess. The followers of Devita would paint symbols on their body out of crushed berries and flower petals.

The ceremony is less religious than before, mostly a symbolic gift of food and prayer. The festivities focus more on the participants now, with people taking it as a chance to move in a new direction spiritually and physically bettering themselves.

The Festival of Vitality takes place in the month of Vitaeal in the season of Vitaea. When the petals of the Lifeblossoms bloom, it marks the first day of the festival. The festivities take place until all the petals fall from the tree tops to the ground below, and at that point they are harvested to be magically preserved until the next Festival of Vitality. 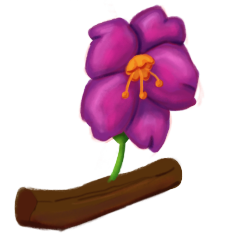 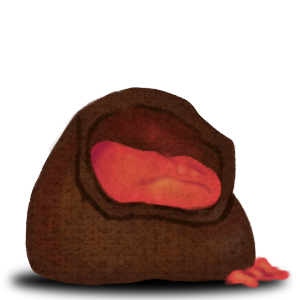 A bag of petal powder.

Hey there, thanks for entering the Festival challenge, be sure to share your article on Reddit, Facebook, Twitter and any other social media sites! Remember more hearts (at the bottom of the page) increases your chance of winning! - GorgeFodder (World Anvil Community Team)