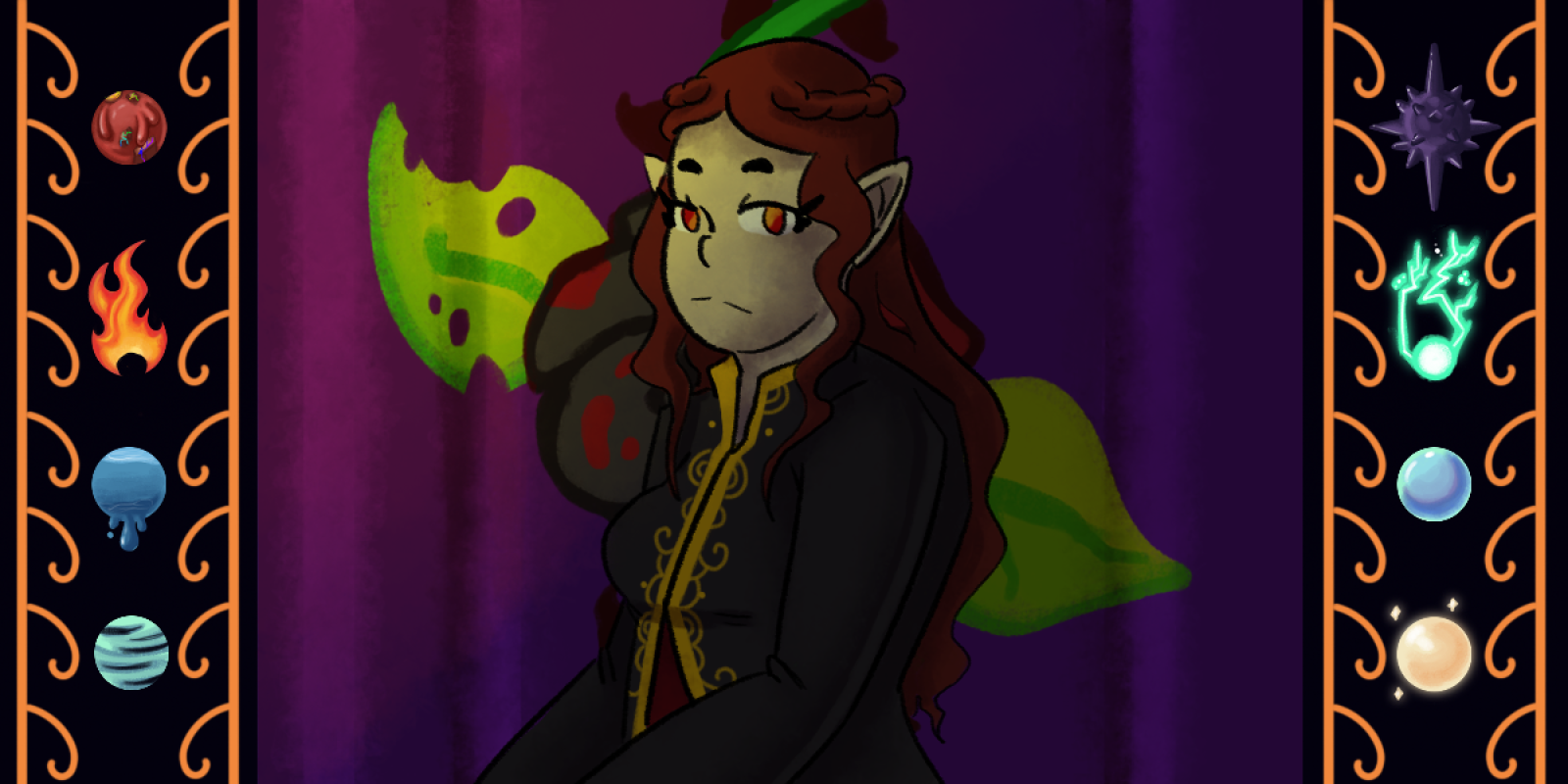 It is common to read about the coven in history books, though information without bias is hard to come by. The reports of the vampires existing around Henor Cove are harsh and cruel on the Human side of things; war will do that to people, especially when they don't understand the other side. If you ask Vampires some will sympathize, others will claim that the war set back relations decades.   Henor Cove has been shrouded in fear and mystery since the war, few beings wanting to step foot in the domain of the Sanguina coven, fearing that "Blood-thirsty demons" will destroy them on sight. The few that do make their way there, if they are worthy? They may have the opportunity to understand, and perhaps when, or if they leave, they can share what they've learned.

The Sanguina coven is not well documented in human history books. The closest approximation of the family's age is somewhere in the five-hundreds, mostly due to the longevity of the demon species, allowing their influence to last longer than most mortal families.   The family is not restricted to only blood-related, though those who are related to the first member of the coven often have more social standing; the coven also takes in vampires who are in need of shelter, and often don't ask questions unless the vampire brings trouble to their door. This has allowed them to thrive -- for the most part -- and stay clear of danger.

There is a hall of paintings on the third floor, lit by enchanted crystals. Each painting appears to sparkle as the crystals' lights scatter across the painted surface, and as you walk the long and plush carpet corridor, you see the gilded frames reflect some of the colour back onto the floor.
Most of the frames are average in size; some contain multiple beings, though most focus on one individual, with their name and achievements listed underneath with a small plaque matching the frame their painting resides in. However, there is one in the center of the hallway that is far larger than those around it. It shows a woman with ivory skin, her hands placed upon her lap. She wears part of her hair in a crown of braids, and the rest cascades down her back like lava moving down a mountainside. Two thin wisps of hair frame her face, looking like intended loose hairs, chose especially to balance her tightly curled braids.   A black vest of sorts curls around her torso, embellished with golden, intricate trim. A flush of crimson can be seen on her stomach, a hint of the dress or skirt she wears to accompany it. As you examine the painting, you gaze upon her eyes. Crimson with flecks of gold, boring into your soul, making a shiver crawl down your back.   "I always thought they exaggerated my paleness in this." a soft yet powerful voice whispered in your ear, making you turn. There she is. Exactly as the painting says: Misanya, the First.


Misanya, titled The First, was the first Vampire to live within Henor Cove's castle walls, having been abandoned by their original occupant.
She doesn't speak much of her childhood or young adult years, clearly having disdain for her family life. Misanya states that she wants to be a place of safety for young vampires, 'pure-blood' or otherwise.
She was one of the prime members of the coven to suggest interacting with beings once they began to move into the neighbouring town. She clearly holds guilt in her heart over the fatalities during the war.

The Sanguina Coven is open to vampires regardless of blood-purity, and while there is some hierarchy within our walls, none shall be treated as lesser. If you need a safe home, where people can understand your struggles, take shelter in our walls. You may stay for as long or as little as you need to. If you are suffering due to a bite from our kin, you shall be given comfort and understanding. We will help you cope, and when you are ready, you may leave.Misanya

Through sheer determination, a fresher face to the Sanguina coven has come forward with the drive to help the community. When Misanya deals with most of the older Vampires she often is quiet for days at a time, and to avoid unrest and danger to her coven she works with a second-in-command. Her second in command is Lucah, a damphyr who sought out refuge due to misunderstanding adoptive parents.   Lucah is a newer generation, far younger than most of the Sanguina coven. He is driven and follows the rules of the coven to the letter, and often helps re-write them due to their age. While he carries the moniker of 'Second' he is also called The Scribe.

A young man with stark silver hair is hunched over a writing desk as you enter the library. There are quills and inkwells surrounding him, yet you hear the distinct scratch of pen.   "Come on, I took off the stupid gel cap..." reaches your ears as the man violently scribbles on a sticky-note crudely attached to the old oak desk. You cringe at the thought of it scratching underneath, wincing. Your wince is enough to catch his attention, and he turns in what you now realize is an urban computer chair in complete contrast with the dusty, ancient looking room. "Oh! Hey, sorry, do you need something, or are you just looking around?"   He almost looks human, until he flashes sharp teeth at you. "Give me a call if you need me, shout for Lucah! I've just got some stuff to finish...." He turns back to the desk, leaving you with your mouth partly open. So much for getting a word in, he'd spoke so fast you could barely keep up....

The Pre-War coven members. These members are separated into two groups; Those who were here before and during the war, and those who weren't, but came here afterward. They are typically wary of humans, and prefer to stay secluded. Some still crave knowledge of the outside, and will occasionally leave the castle walls. Most stay hidden.

The After-War coven members. These are younger members who were born after the war, and they often have a large disconnect from the culture of the time. The children of the most recent era have hardly heard of the war, and don't have as much fear of humans and other beings; they're the leading force aiming to convince Misanya to open the Henor Cove castle and surrounding town to others.

The Sanguina coven is infamous due to The War of Henor Cove. This unfortunate war many years ago caused the castle and town to be abandoned by humans and other beings, and the surrounding areas became incredibly hostile to vampires and vampire sympathizers. The clan, though most no longer know its name is said to have erased a multitude of bloodlines in three simple nights.

A Family of Ghosts

The Sanguina coven exists in some secrecy in modern day. They've reclaimed the town of Henor Cove, and use it as a shelter for wayward vampires, damphyrs and persons suffering from the harsher after effects of Twilight Fever. The older vampires that were present for The War of Henor Cove are far more reclusive than newer members; they fear another attack from humans and assume pulling away is easier than trying to attempt peace yet again. There has been a push by newer members of the coven to open the gates and town to outsiders and attempt to broker peace now that Twilight Fever is more understood.

Their most obvious asset is the massive amount of land surrounding Henor Cove, and the castle and small town encompassed in it. They have stored ships for seafaring, and have the means for food production, making them self-sufficient. 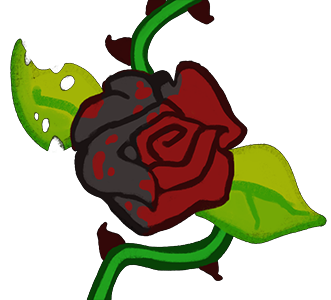 The War of Henor Cove

A brutal slaughter over the course of three days.

Fantastic article! I love the sense of mystery that you weave from the very beginning from the article. Makes the reader want to keep reading the article for finding out more about the coven. For some expansion, you could definitely use some expansion on the assets of the family. Besides that, you use adequate amounts of linking and excellent use of tool tips and that all boils down to a very self contained article . I hope my advice helped in this regard. Congratulations and keep on rocking!

Thank you for the comment! I'll definitely look to expanding via assets and other template boxes! I wanted it to be somewhat contained, but have trails to other articles, so I'm glad it works for a good read. Thank you for the feedback : )

I love the craft of your article. Layout, art, quotes - you managed to capture an atmosphere of mystery, really well done!   However, what kind of irks me is the focus on Misanya. It would work amazing as a character article for her, but since it is about the group of vampires, I would love to read more about a few other people, and maybe some teaser about the war, what happened there. I'm all for modular articles, but teasing often makes me more interested in it and reduces confusion while reading the base article. (That feeling is probably magnified by the fact that last night WA crashed when i tried to read the war article xD) It would make more sense for me why the older vampires are withdrawn if you mentioned in passing that the humans attacked first.   Lastly, I dont know if it's common knowledge or explained in your world, but I would love to know what blood-purity means! Is there an article you cold link, or a tooltip maybe?

Thank you! I was having a hard time with inserting other family members but I can attempt a quick addition! I'll tweak my article, and I'll add some tool tips! Thank you so much for the feedback : D

Wonderful!   Just a note: "Exactly as the painting says: Misanya, the First." - This strikes me as a bit odd, since magic not withstanding, paintings don't "speak". I think you wanted to go for something like "Exactly like her painting: Misanya, the First"

Ah, I meant to imply that there are little plaques underneath each painting! Once the contest is over I'll clarify, thank you so much! : D

That does indeed make a lot more sense, thanks for clarifying ^-^

no problem at all!