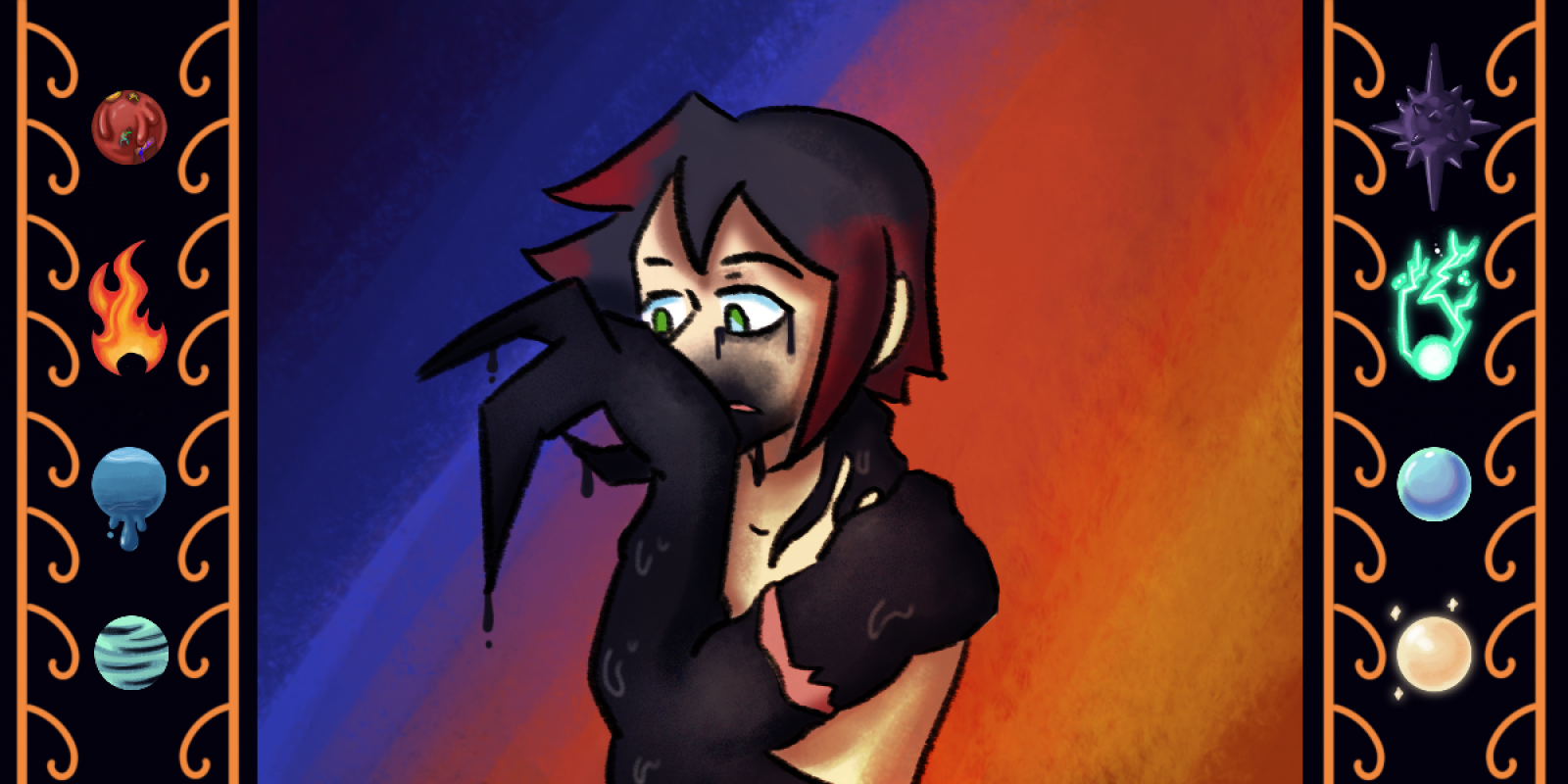 Parker Malachi is the only child between a vampire father and human mother. This means he is classified as a damphyr due to this heritage, which gives him pale skin and mild sun sensitivity. His sensitivity doesn't stop him from going out all day to explore his neighbourhood-- even if he comes back with a sunburn for his trouble and has to spend the next few days nursing bad sunburns. Parker is a bright and cheerful person and is described by others as polite and curious by his peers. He is often reading novels or asking people questions in rapid-fire to the point of being too much for others.

Parker's life was one could consider normal, almost boringly so. He went to college, he hung out with friends...He had a penchant for doing things to get an adrenaline rush, or to feel like the heroes in the stories he read. He picked up motorcycle riding, enjoying the high speeds and the rush from making tight turns or racing others. One rainy evening and slick roads was all it took to change his life forever.   It was a miracle that Parker didn't lose more than just a part of his arm. The jacket and helmet he wore likely saved his life as he was rushed to a hospital. However, that hospital had ties to Penumbra...And Parker was unlucky enough to be plain enough to miss. The accident was cleaned up, and no-one the wiser to where Parker was or what had happened to him.

Parker was delerious from pain medication and trauma when Penumbra decided to put him through experiments without his consent. Even with minimal success rates, the orginization injected CEIL into his bloodstream with the hope that their newest formula would be able to regrow limbs. Parker survived.

Parker is a very healthy young adult, aside from his left arm being amputated slightly below the bicep. He is lithe and has a slight softness to his features, which gives him an innocent look. Parker's most striking features would have to be his eyes, due to their sectional heterochromia. 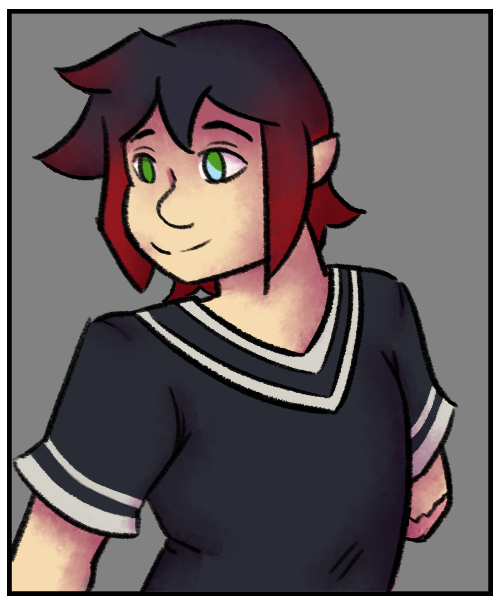 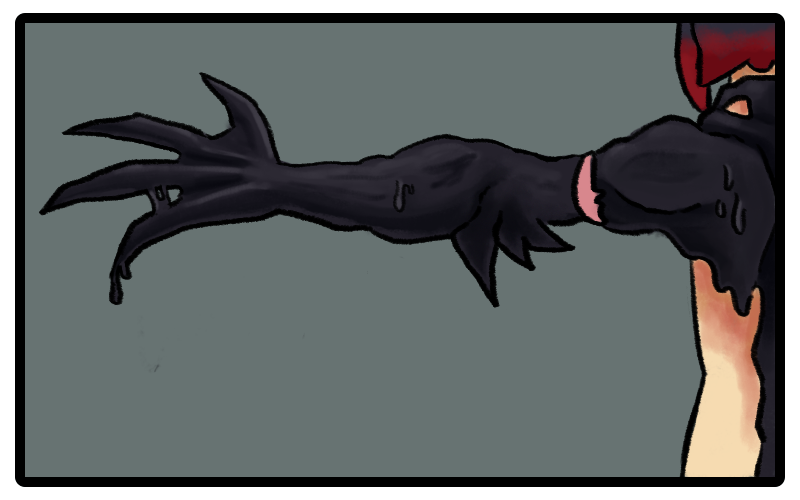 This is quite creepy. I like it!
So... what about his parents? Do they know about CIEL? What do they think about it?

P.S.: It might be useful to mention that his biological sex is male when you only say "Cis" as his gender identity. '^^

Whoops! It's in a different category and I missed it on my first pass, thank you so much! His parents do not know about CIEL, and just know that their son is missing. Thank you for the comments, I'll be adding more detail soon : D

I like this character as a whole, but what astonishes me is how his arm an ciel as a whole is similar to a concept in my world, in both look and behavior, known as black blood (honestly I'd think it'd be a hoot to sit down and compare with you sometime.)   The only think that gets me, and it could just be your art style, but I had to double take at "Parker appears to be a very healthy young adult" cause his art makes him look very young, like 14 or 15 years old at best.

oh man I..... totally thought I replied to this and then deleted my notification for it. My bad!   I drew Parker very baby faced in this, yes. I'm going to use his half-vampire blood as an excuse for all that squish, for now.

Looks like he'll be carded at the bar for a long time haha.

Hah, I may have to make that a thing, that he's always assumed to be younger than he is. : P