Not all games played on the docks involve luck. A hand of cards can be dealt in any tavern, but among the folk of the Northern Trade Cities, where finance is king, the mathematical game of Twenty and Four is a favorite. Salesfolk and administrators alike match wits to see whose grasp of numbers is superior, and a balance of speed and accuracy is needed to prevail.   Twenty and Four is played with four dice, each with sides painted from one to ten. The four dice are rolled by a neutral party, if possible, and a sand timer is turned to begin the round. The pair of participants must then try to create an equation using these numbers that results in a total of twenty-four. Each rolled number must be used exactly once, and can be added, subracted, divided or multiplied in any order the player wishes. The first to complete their equation, with mathematical accuracy confirmed by enthusiastic onlookers, gains a point and the dice are rolled again for the second round. If an equation is found to be incorrect, the challenger can make a counter equation as long as sand remains in the timer.   The game is deceptive in its simplicity. The rules are not at all difficult to follow, but a quick mind is needed to accurately calculate an equation faster than an opponent. While some use the game simply to challenge their friends and maintain a sharp mind, it is not unheard of for bets to be placed on games between popular competitors. An entire shipment of spiced tea was won and lost when, instead of a violent duel, a slighted merchant challenged his attacker to a game of Twenty and Four. Sadly the slight - which compared the offended merchant's mind to that of an abyssal chicken - was not inaccurate, and he was soundly beaten (mathematically, of course).

Remove these ads. Join the Worldbuilders Guild
Cultures and Practices

Nice, it's fun to see a game involving math skills in a fun way. :) 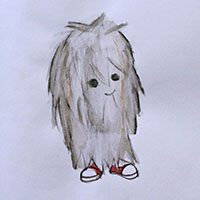 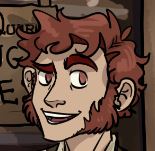 I actually really love the concept of this game? I've never seen anything really like it before and that's neat!

Thank you! I stumbled across something similar while looking for an activity for my 7th Grade class this year - having kids pick their starting numbers and then the teacher choosing a target number. When I saw the prompt it felt like the perfect jumping-off point! I highly recommend trying it, even as a solitaire game.