Lady of the Lake

The haunting blueish figure of a woman in a flowing dress walks across the water of Lake Idryl. She turns and looks to the shore, attempting to capture the gaze of anyone daring to look, but those that live on the shores know better than to look across the lake at night. What awaits them if they do is a fate that no one wishes for, a fate that could very easily be their death.   Stories of the ghostly lady fall from the lips of half-elf storytellers as they gather in taverns and fires at night. They recount these stories daily, to travelers, adventurers, and even those crazy enough to sail across the lake at night. To these audiences, the story is just that, a story to pass the time. No one really takes the story seriously, except those children who are told the story in horror.   The children of those who live near the lake hear the tale as one of warning. Naughty children are told that misbehaving could mean being blinded or possibly even killed by the Lady of the Lake. A horrible fate is said to befall those children that disobey their elders while living near the lake. An elder only has to mention they hear the sound of bubbling and boiling water for children to scream and run away from the mythical lady that may be coming to take them.

Some believe there is a ghostly visage of a woman that walks across the clear waters of Lake Idryl at night. It is a story told to entertain travelers and possibly warn them of something in the lake, but the story is more for causing naughty children to behave. Many children are scared by the story and choose to behave instead of falling into the fate that the lady may bring.

Those that have lived closed to the lake for years speak of the lady, but not in the terms of a ghostly visage. It is said that a nymph may have chosen the peaceful waters of the lake as her home and uses the haunting figure at night to lure unsuspecting people out to her. The stories that have spread about the Lady of the Lake seem very similar to those about nymphs, but no one has yet been able to confirm the presence of one.

The story is mostly known along the shores of Lake Idryl, but it has spread and been twisted by travelers. It is common knowledge that one does not cross the lake at night, but those past the lake's shores are unsure of as to why.

For half-elves, the story is one of fear for children. In the cases of some of the other races that live near the shores of Lake Idryl, this is not always true. Otterfolk look to the myth as an instance of their deity appearing before them.

There is a lack of literature relating to this story as otterfolk refuse to depict the lady in anything while the half-elves tend to only let the story live as an oral tradition. 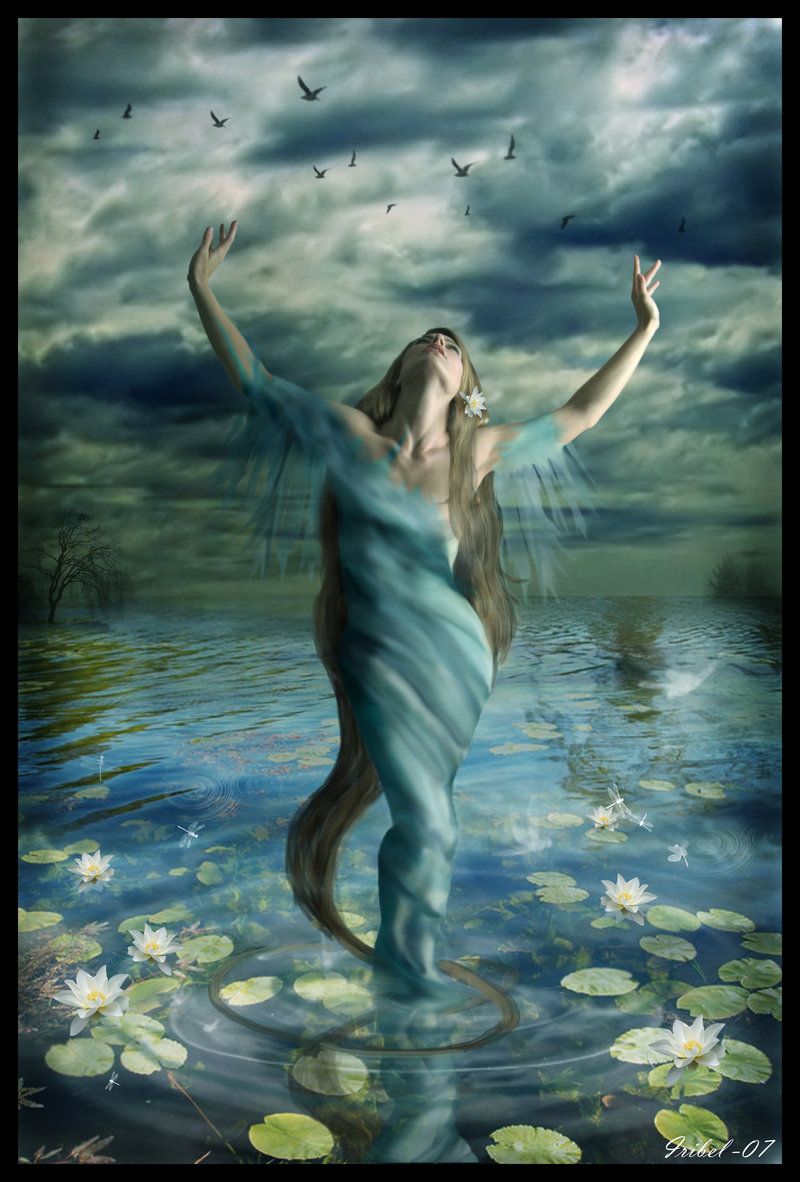 Lady of the Lake by Iribel
Date of First Recording
50 I.M.
Vóreios

Answering: "Describe the tales in your world designed to make naughty children behave."
Visit RiverFang's Competition Page Check all other answers to this prompt Competition Homepage