Isekai    Religions & Rituals    Pantheons    Gods & Goddesses    Kallex
Kallex is the mighty dragon god associated with power, war and honor. Most of his own species will also refer to him as the Dragon King, the innumerable titles that this being has through mythology make it impossible to cover every accomplishment. Kallex belongs to three separate Pantheons which is unusual for even a powerful god, these are known as the Pantheon of War and the Pantheon of Nature and the Pantheon of Life. Kallex is the pinnacle of the Pantheon of War and is considered by many to be one of the most powerful gods in existence and his temperament is always an extreme whether it be expressing wrath, valor, protection or favor. He is depicted as a Metallic Dragon of massive proportions that could easily smash castles and lay waste to kingdoms without any true effort being involved. This god is often depicted in his draconic glory atop a mountain with the sun rising behind him and his scales shimmer between several different colors, if a lot of work has been put into a mural it will contain broken bits of metal that represent each of the 12 metallic variations that dragons can be found in.   His tenets and standards involve bravery, honorable combat, pride and living life to the fullest. The attitude of Kallex can be learned best by examining his attitude when he desired to create the Metallic Dragons, he wished for a race that would live all of life and far better than any other race because they would destroy the most evil, command the most respect, seek out the most glory and be the pinnacle of all life. Those that would worship him and obey his tenets without being of draconic descent are welcomed and if they excel in seeking glory in their life they are said to "have the blood of a Dragon" which marks them as a true believer of this deity.

Kallex is involved in three separate domains due to his diverse nature and immense power. In order of relevance he is associated with the domains of War, Nature and Life. It is not unheard of for him to have Clerics or Paladins from a diverse group of domains that worship him, but these three domains are the ones where his most notable clerics will manifest in. Whenever Kallex is revered as a god his followers will emphasize on his grandeur, his conquests and his status as the pinnacle of all dragons.

Kallex is considered the pinnacle of the War Pantheon, he radiates power and stands for all aspects of large-scale warfare. As the pinnacle deity he wields the most power in this pantheon and his followers call upon him for assured victory, anthems written in his honor cause the opposition to tremble in fear and stories about his exploits end with the utter destruction of his opponents. All other gods of war are considered either more specialized or outright weaker than Kallex when it comes to the broad subject of conflict. When it comes to warfare his focus is on complete destruction of the enemy through superior tactics and overwhelming power, pursuit of the cowardly and triumphant victory over their strongholds through open combat without deceit.

Kallex is considered to be a god within the Nature Pantheon because of his existence as a Draconic being. When it comes to aspects of the nature pantheon his influence only extends over dragon kind, so he is considered a specialized deity despite many worshipers, he still holds great influence and popularity because of how powerful dragons are in the natural hierarchy of the world. When it comes to nature his focus is almost entirely animalistic and revolves around the ideas of strength, overcoming adversity and great pride on the reliance of natural strength or power over contrived means.

Kallex is considered to be a god within the Life Pantheon because of his involvement in the creation of an entire species with many subtypes, the Metallic Dragons. When it comes to aspects of the life pantheon his influence is surprisingly prevalent and he is considered to be a symbol of hope and pulling through near death circumstances which earns him a place as a primary deity within this hierarchy. When it comes to life his focus is deeply rooted in the natural vitality of the dragon which is derived pride and striving to live a life filled with purpose, it is this metaphysical purpose or desire that his followers rely upon to draw on their healing magic.

The exploits of Kallex are recorded in a large book called the Draconomicon, as opposed to a standard religious text this is an epic. It involves stories of the god as a great celestial dragon that faces demonic opponents on other planes, throwing down beings of great power and hunting them down with incredible wrath. This book includes the story known of origins for the Metallic Dragons as a race and gives justification as to why the largest mountain range in the world is named after him. The author of book is reported to be the first historian of the Council of Metallic Dragons, an Orium that is simply referred to by the name of his species as he was the first.

The primary symbol of Kallex is a crystal Dragon's Eye that has a yellow tint and black, vertical pupil in the center. Other symbols include the side profile of a dragon in mid-flight with its wings flared wide, this is usually made of a precious metal and polished so that it shines brightly.

The blood of a Dragon is shown by becoming the greatest that there can be in whatever you pursue, so pursue it with nobility and grandeur so that you will become the mightiest.   Live life to the fullest as if you are the pinnacle of all that you see.   Conquest harder than any other, rule grander than any other and laugh louder than any other.   Power is to be sought, to be earned and to be used in the pursuit of greatness.   Deceit and cowardice are despicable and have no place for those with the blood of a dragon.

The holiday dedicated to Kallex is the first day of the new year. It is on this day that the Scales of Kallex are said to shine the brightest, to the point that they can blind most people. Those that follow Kallex will place a piece of precious metal, whether it be simple ore, fashioned metal or a coin into a jar of water and place it in their window on the night of the new year. Those that have the "blood of a Dragon" find that at some point during the night this metal changes into one that is more precious or refined than what they initially used. 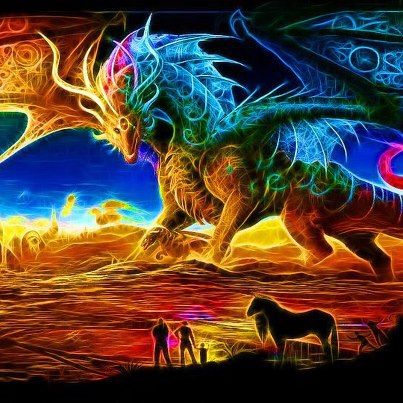