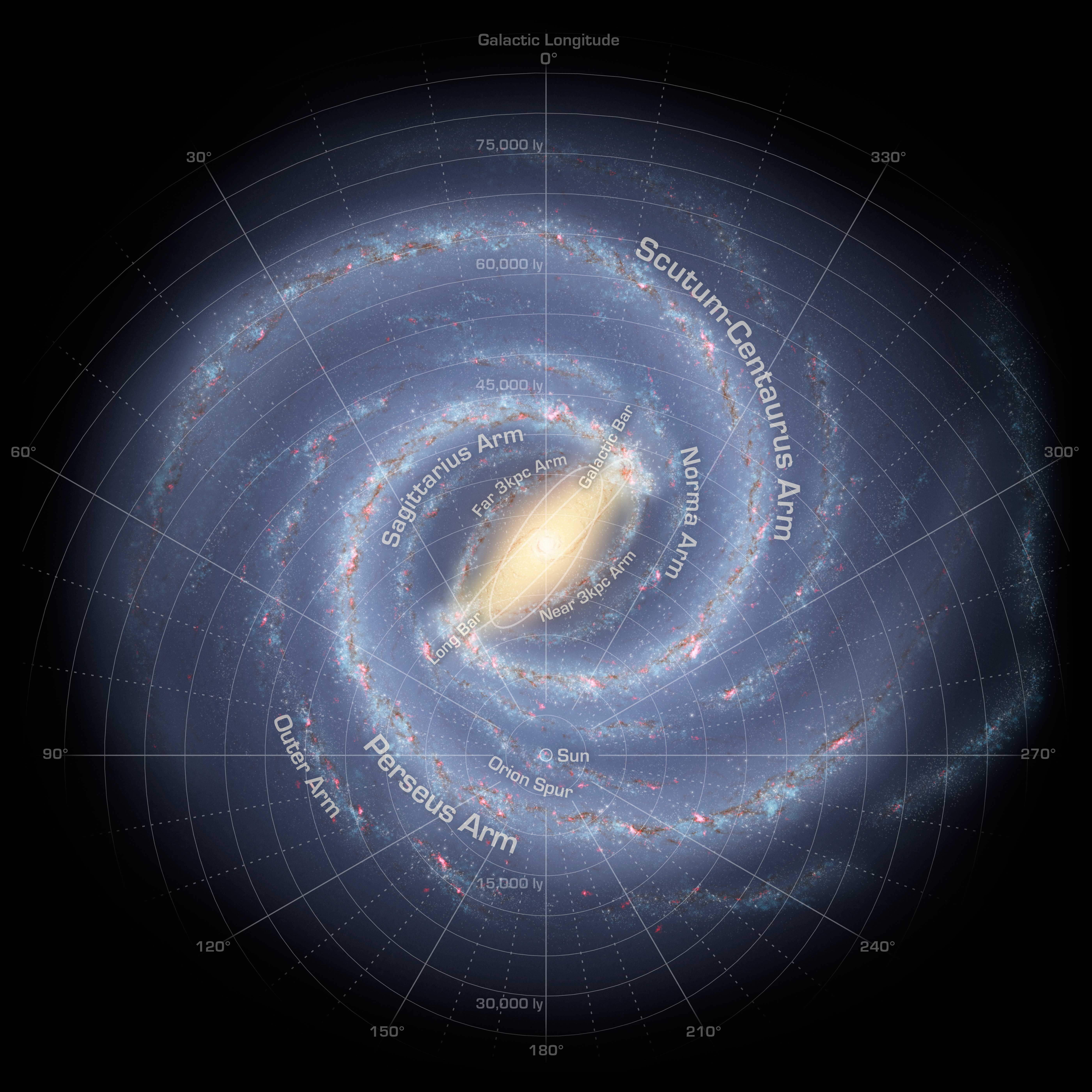 It was a challenge like nothing humanity had ever seen before. It took centuries, if not thousands of years to fully map Terra, and that was only the parts above water. Map a galaxy? Humanity couldn't even see most of it. But astronomers are nothing if not starry-eyed dreams, so they worked it out somehow.

With the start of extra-stellar travel, humanity quickly realized they needed a way to chart the galaxy and the location of celestial objects, despite their continuous relative motion. Furthermore, they needed ways to divide up the galaxy into discrete geographical regions, which was difficult given the sheer amount of empty space within the galaxy. There are few celestial objects that can function as landmarks, and the bulk of the galaxy was still unseen. They were trying to chart something they couldn't see.


As a result, a thinktank of cartographers, mathematicians, and astronomers worked out the idea of the galactic compass. With Sol as the center, a compass was overlaid on the galaxy, marked off into wedges formed by thirty-degree angles from radii extending directly outwards from Sol. These were further filled in by small radii marked off at ten-degree intervals to determine the degrees of galactic longitude. Along these radii, further circles were marked out in regular intervals of distance out from Sol to determine degrees of galactic latitude. To represent variations in the third-dimension, a Z-coordinate labeled as Galactic Altitude is used.

Given the sheer size of the galaxy and the impracticality of using an entire galactic map to navigate, despite the fact the majority is blank, most maps are a smaller scale and provide details not usually included on galactic level maps.
Subsectors: Each sector is further divided into subsectors, splitting into equally sized chunks.
System-Clusters: The first of the divisions to be based on actual, physical material, system-clusters are collections of star systems that are usually within a relatively close distance, generally within a single sector, often focused around up a several dozen dozen systems.
Star System: The smallest organizational unit on most maps, the star system is exactly how it sounds. A single/double/triple/etc star and their associated planets and planetoids, if any.