Who else is gonna get these lands back other than us? Let's go teach these monsters who are the ones to fear!
— Lar Bresh

Therik compasses are a group of soldiers and explorers (plus one cartographer) that protect the city of Vumon while also explore the unknown lands of Aedoro with hopes that one day they will be able once again to be populated if they make safe places.

The people from the groups are divided in two (while excluding Lar Bresh and Vestrak): half of them stay on the town to patrol and protect from monster and animals while also keeping order when in need, while the other half go explore the island for enough time to reach last place secured and push a bit more (they want the minimum risk for recruiting new people is hard and they do not want problems when too far away from Vumon). Lar and Vestrak always go to explore. When the exploration team comes back, there's a week of resting and then the groups interchange their roles.

The exploration team, when outside, they travel towards the latest safe spot they made while making sure they leave marks on the floor to make improvised roads. They need to make sure also that they do not spot dangers in the roads and in the safe spots (and if found, getting rid of them) and that safe spots have a small amount of resources. Once they reach the latest safe spot, they will keep travelling forwards while making the "roads" until they find a place to make a new safe spot (they need to be less than half a day of travel). They tend to build some tends in the safe spot, enough for the whole team being able to sleep in them. Each travel two safe spots are done before going back (if weather is good and not many dangers have been found, they might push to make a third spot if they still have resources).

Latest addition to the group is Vestrak, a cartographer, that follows the exploration team and while he cannot help in fights, he makes a map about the roads and safe places the team makes. 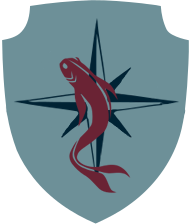 Answering: "An organization associated with governance, leadership or change"
Visit Catoblepon's Competition Page Check all other answers to this prompt Competition Homepage