Nilander
Ionnarus is a high magic realm in the middle of a magical revolution. The arch-mage Kuvia created a new order in the jungle of Thult called The Animus (TA) around eight hundred years ago with the goal of spreading magic to even the most common people and to better the lives of everyone in the realm. With lofty, but noble goals, she worked tirelessly to create a school of magical study (The Azure Sanctum) within the realm. Over the centuries the school flourished promising free tuition to anyone able to make the pilgrimage. Not surprisingly, The Azure Sanctum grew into a huge city as the students were encouraged to practice their magic in practical ways, mending tools, helping build homes, businesses, and monuments to important historical figures. The Azure Sanctum has since become the capital city of Ionnarus.   Almost every small to mid sized community had a druid that helped with crops, healed sick animals prevented plagues from breaking out. The druids aided the community in providing for themselves in an eco-sustainable way. Additionally priests were regularly available to help provide spiritual guidance to the masses and aid the sick and wounded.   Artificers that completed their training at the wizarding school setup shop in Azure Sanctum and then competed with each other to provide the best magical tools to help in every day life. Adventurers flocked to the city in droves as the artificers always needed rare and exotic components for their creations.   The Dark Times:   About four hundred years ago the first serious threat to the realm happened. A dark necromancer named Sroxon amassed a huge army of undead . Sraxon craved several powerful artifacts that Kuvia held. Sroxons vampire lieutenants laid siege to The Azure Sanctum. Monstrous undead giants destroyed the outer walls while banshees and wights wreaked havoc within the city. The siege lasted for years on end, with every casualty feeding the ranks of the attacking force. The Azure Sanctum utilized it's teleportation circles almost hourly just to supply the occupants of the city with their basic needs and re-enforce the lines.   The culmination of the battle occurred when Sraxon ambushed Kuvia during a supply run. The ensuing magical battle leveled an entire community. Thoroughly exhausted, Kuvia managed to plane shift both herself and Sraxon into another plane of existence. Neither have been heard from since. Almost immediately after Sraxon left the plane, his undead army fell upon itself and disbanded. To this day the evil presence of his army still exists in the swamps outside of The Axure Sanctum.   The Aftermath:   King Immonar took the throne following Kvia's disappearance and instituted strict laws for the use of magic. ALL wizards of moderate power must be registered with The Animus mage order. Any mages who do not register are considered renegades and are forced to either join the order or be destroyed. The scryers guild was created to monitor the realm looking for inhabitants born with innate magical powers and then recruit them before they reach any significant power. Upon entering The Animus order all mages are required to submit to a 9th level Geas spell that requires them to obey all of the laws of the order.   Sorcerers and warlocks are viewed as renegades and extinguished where possible. The Animus views their power as un-controllable and that threatens the very fabric of the society they have created. As such, the warlocks and sorcerers of Ionnarus have banded together to create an underground network called The Black Hand. They work tirelessly to find and help others of their kind avoid detection by the mage order. Over the years they have managed to recruit several mages that for one reason or another avoided joining the Animus order. They maintain a large spy network consisting of rogues smugglers and assassins that further their goals. The black hand does not agree with how restrictive and corrupt The Animus has become and work tirelessly to free people from their reign. 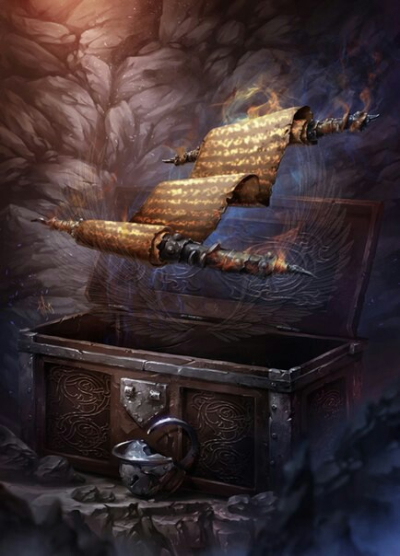 A historical list of the party's adventures
... RP Reports

The Tomb of Annihilation