Milana was, until about thirty years ago, the dominant nation on the continent of Iona. Encompassing the entire landmass minus the land south of the Torkovad Mountains and west of the Arnete and ruled by the powerful Tormevi family, Milana was a peaceful nation known for its patronage of the arts and sciences and its penchant for solving conflicts with marriage alliances.

Traditionally ruled by a queen and a king consort (though occasionally the roles are switched), Milana has only once had two monarchs at once: Queen Vevra Tormevi ("The Great") and King Max Atrinya. This was also the period during which Milana reached it's greatest geopolitical extent, technically encompassing Stronghaven and the Silver Mountains as well.

Below the queen, there are hereditary dukes and duchesses belonging to each major city. The queen technically holds the title of Duchess of Stronghaven, the Nazenne family are the dukes and duchesses of Byfox, the Ettarias of Moorpond, etc. Every hereditary dukess (as the ungendered form goes) is kept in check by a seneschal, appointed by the queen.

Underneath them, there are earls and barons, holding about equal power over individual towns and estates and acquired by noble status or financial wealth respectively.

As in most countries, Milana is comprised of two classes of people: the noble/wealthy and the not noble/wealthy. The former concern themselves with acquiring and maintaining power, the latter with work and general survival. Milana is not an exceptionally wealthy country and its citizens bear the brunt of feeding and clothing the population. Religiously, the worship of the Saints is most prevalent but depending on urban/rural locale and position on the noble hierarchy, there is no shortage of pagan belief.

While the Tormevi dynasty- the most recent era of Milani history- only was founded in 600, the (albeit fragmented) nation of Milana certainly existed before then.

There has always been a central realm on the Ionian continent. Pre-0 (the 'official' naming of the continent), humans, nymphs, and elves kept a number of various settlements, many of which remain to this day and have grown to be towns and cities, Swynden chief among them. Races remained separate, however, and suspicions ran high due to conflict-filled histories that are long since forgotten. For four hundred years after 0, however, people groups slowly began to mingle and grow in number. No one quite knows the reason-- some have thrown out the introduction of a bastardized Christianity and a brief period of fraternal (and not-so-fraternal) peace-- but for those years, often referred to as the 'Age of Birth', the population swelled and (primarily) nymph-human congress reached an all-time high.

The fragmentation of the nation, however, did not change during this time and, between 400 and 600, feudal conflict became standard. While the definitions of the future Milana were clear, everyone and their parents believed themselves to be the proper ruler of the realm. For these two hundred years, short-lived alliances and duchy borders were fluid and ever-changing, and siblings would murder siblings in the crib if only to remove the future competition.

In 595 a woman from Swynden by the name of Terezia Tormevi staked her familial claim to the throne. She claimed (without ever producing confirmable proof) that her ancestors had built the city and governed it for a thousand years, longer than any one dynasty had ever ruled a country- in fact, longer than any country had even existed. It was an empty claim (though Terezia believed it and never revealed any proof of fabrication), but she had a strong presence and people liked her, which was a lot more than any other Milani 'ruler' could say. By 600 she had convinced the majority of duchies and alliances to support her claim and declared her four daughters- ages 12, 8, 5, and 1- queens of Milana.

To an outside eye, Terezia's Revolt (as it became known) seems unlikely to have garnered so little retaliation. In truth, people were used to such quick dynastic turnover and most of her new allies intended to turn their back the moment she called for help. Terezia was very young (only thirty) and everyone expected her to either give up or be overthrown. Neither of these things happened and, until her youngest daughter's death in childbirth fifteen years later, the Tormevi dynasty existed with few major challenges to their authority. After Onesta's death and the ascension of her infant son, her surviving sisters, mother, and widower defended the baby's claim and established permanent Tormevi control over the nation.


Baudri II: While Baudri's reign began as an infant, he was known for the things his aunts, grandmother, and father did in his stead. Babies make weak kings, but somehow despite the turmoil of his early reign, he remained on the throne for thirty-five years.

Baudri III: The son of Baudri II, Baudri III's reign also began early- when he was ten. The youngest of three, his brother and sister took up powerful positions in Lyn Iddal (mother being a Brecelyn) and Morfinduil respectively, and Baudri assumed the throne, with his mother Keira playing regent. Keira was a powerful, stubborn ruler and it took Baudri's wife and daughter, also named Keira, to protect Milani interests from Lashaar's agendas.

Keira I: Milana has a pattern of young rulers, and Keira I was no exception, assuming the throne at eight. The longest-ruling queen to date, Keira held power for fifty-four years and, marrying her third cousin Jahn Ovresti, switched Milana's primary alliance from Lashaar to Iona.

Asha I: Asha Tormevi, named after her maternal grandmother, followed her mother's example and married well. Really well. While she didn't manage to acquire the duchy of Stronghaven by marrying an Atrinya, as her granddaughter later did, she did exert a large amount of influence on her in-laws over the course of (and beyond) their seven-year marriage.

Jochem I: The weakest ruler to date. Not a superb title, obviously, but justified by the fact that he not only ruled for three months and spent half of that time exploring the area beyond the Arnete in attempts to do what his mother had failed to do- acquire Stronghaven. Instead of doing that, he caught marsh fever and died in Greymerrow.

Vevra I and Max I: Vevra, who acquired the throne at the age of nine, had five children- more than any other Milani ruler to date- but still managed to avoid issues of succession: only one daughter actually wanted to rule. Known as "The Great", Vevra also did what her father and grandmother failed to do (acquire Stronghaven) by marrying its duke, Max Atrinya, and letting him rule alongside her. It was unprecedented and did, actually, work, at least until Max died. Because being king of Milana AND duke of Stronghaven was a lot, Max shared the ducal throne with his uncle Jochem, who dealt with Kieren Kalda's rebellion in Max's stead. It was a tumultuous period for Stronghaven, so it's no wonder that, after Max died and rule reverted solely to Jochem, Milana lost the territory.

Agnes I: The queen under which Milana fell. None of it was her fault- she actually managed to stabilize the country after the loss of Stronghaven- but for reasons unknown to her, the Ovresti alliance collapsed and her entire family (excepting daughter Kiernen and grandchildren) murdered.

Kiernen I: The current ruling queen, and possibly the last. Her rule is disputed due to the fact that Milani territory consists solely of Lolinglas now, but she is fighting to regain what her ancestors held.

Milana is both fallen and not fallen- the duchy of Lolinglas remains and is now governed by both the Duchess of Atriane- Agnes II- and Queen Kiernen Tormevi. Considering Swynden is now occupied by Iona and no former Milani nobles remain in control of their lands, many argue that it has fallen in full... but Kiernen begs to differ.

Milana holds all the land east of the Arnete River and north of the Torkovad Mountains. At one point in time they also held the Silver Mountains surrounding Stronghaven, but that is no longer the case. Additionally, they hold the duchy of Lolinglas.
DISBANDED/DISSOLVED 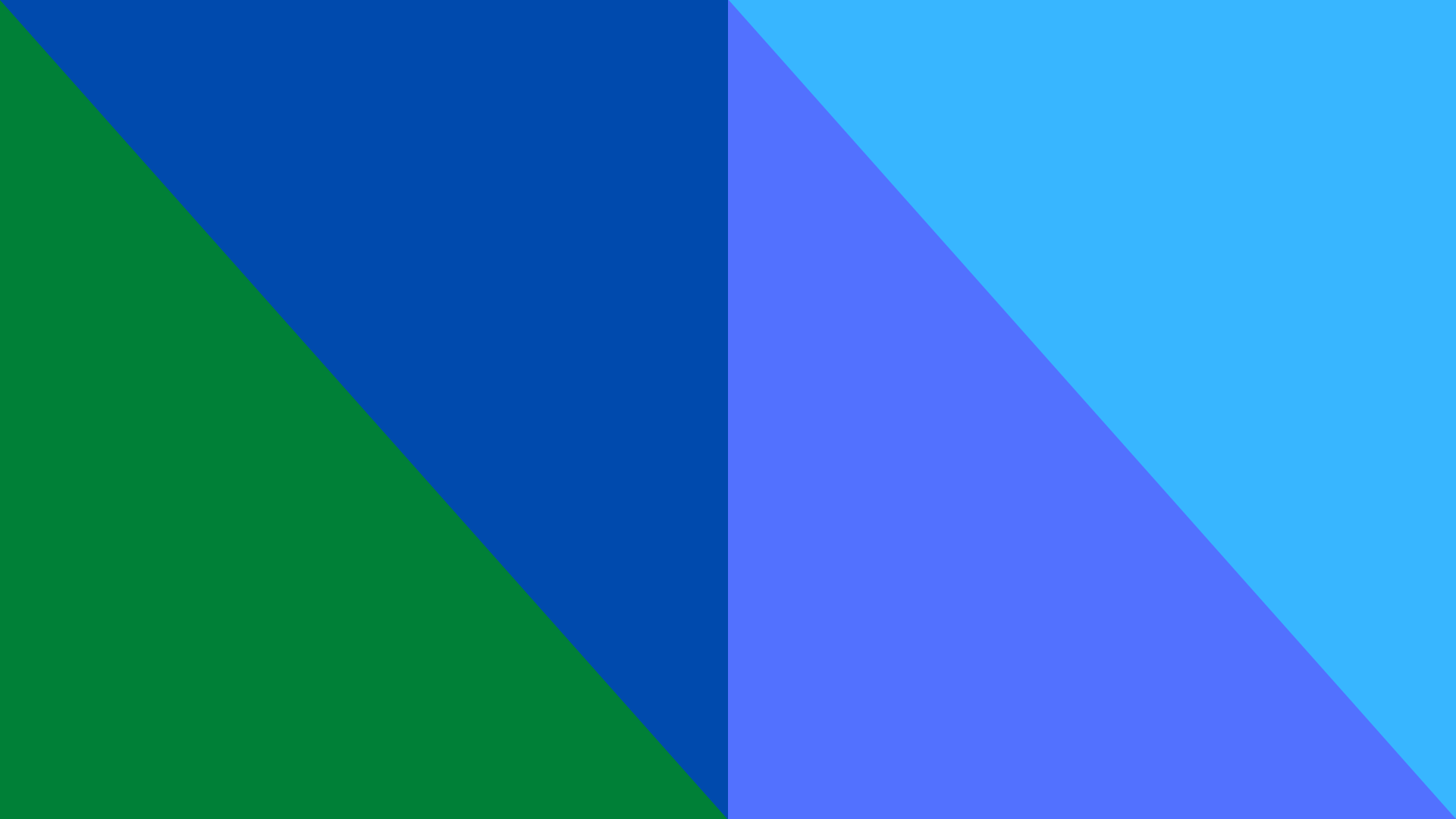 Two hundred years without one dominant ruler. Milana was ruled by a council of constantly-feuding families, each based out of their own keep, everyone considering themself monarch- until the Tormevi family beat everyone else out for the title.

The period during which the Tormevi family ruled Milana. This era was the height of Milani power, but it also ended with the nation's ultimate fall.

The period immediately following the fall of Milana and the country's absorption into pan-Iona.