Any "spoilers" you read will being talking about the future books that have not been published yet. Please understand that by reading them, you are consenting to spoilers and have no right to yell at me about any unwanted information you may gain.
This may also ruin your appetite for the books. Read with caution.

The hybrid who can rip your intact spine out through your neck...

"Can't I just fight him already? The fucking dickbag needs to get his dick ripped off and shoved up his spoon-fed ass."
— Oliver about Alpha Heir Chris

Most might not know that Oliver is a wildcard. He tends to play by his own rules and let's not forget that Oliver isn't one to be messed with. His hybrid strength helps him to overcome some of the worst predicaments he ends up in. Just don't mess with this little firecracker of an ass-kicker.

Oliver has a temper. His temper cannot be rivaled when his mate or family is in danger. Some might even want to say that Oliver has a tad-bit of Irish or Scottish in him (he doesn't). His temper tends to land him in sticky situations that can be more harmful than good. The only things that calm him down are his parents, Funnel, and Deidrick Howl.   Even though his temper is a large part of him, Oliver is an overly emotional teenager. His sensitivity also gets him into trouble, so he tries to bury it underneath a layer of his anger to keep him protected. This is usually why he's so destructive with his attitude.

oliver with ears and tail by Amelia Nite
From all the bullying, Oliver grew into a traumatized teenager with trust issues. He cannot handle being close to others and rarely shows his true feelings toward someone. It took Deidrick pestering Oliver nonstop before Oliver even glanced twice at him.   The physical bullying he received from school kids left him with an ax to grind. It is the main reason his anger started to bottle up until it exploded. Because of this, Oliver realized he couldn't hold his anger back, so he always lets his anger out, even on unsuspecting people.

His love of deadly, poisonous insects has earned him quite a rep from those around him. If one were to challenge Ollie's wits about being an entomologist, they would find themselves overwhelmed that Ollie is immune to all poisons and that he connects well with any insect he finds--kind of like a form of telepathy between them.   Currently, his favorite insect is a Sydney funnel-web spider, in which he owns a female of that species named Funnel. She is always carried around in his hoodie, ready to protect him if he's in danger.

Since Oliver has always had a rough childhood with switching to a new school almost every year of his life, he has had no time to grow into any friendships. The only being that comes close to a friend is Funnel. However, after losing his parents and starting to live with Dr. Warrick, Oliver has now been enrolled at Silver Valley Academy (he absolutely loathes the uniforms) as a ninth grader. He is an average C- student, although he could easily be an A++ student. Oliver just doesn't like pushing himself as he perfers to stay under the radar, much to his parents' dismay.   This is his current school schedule: 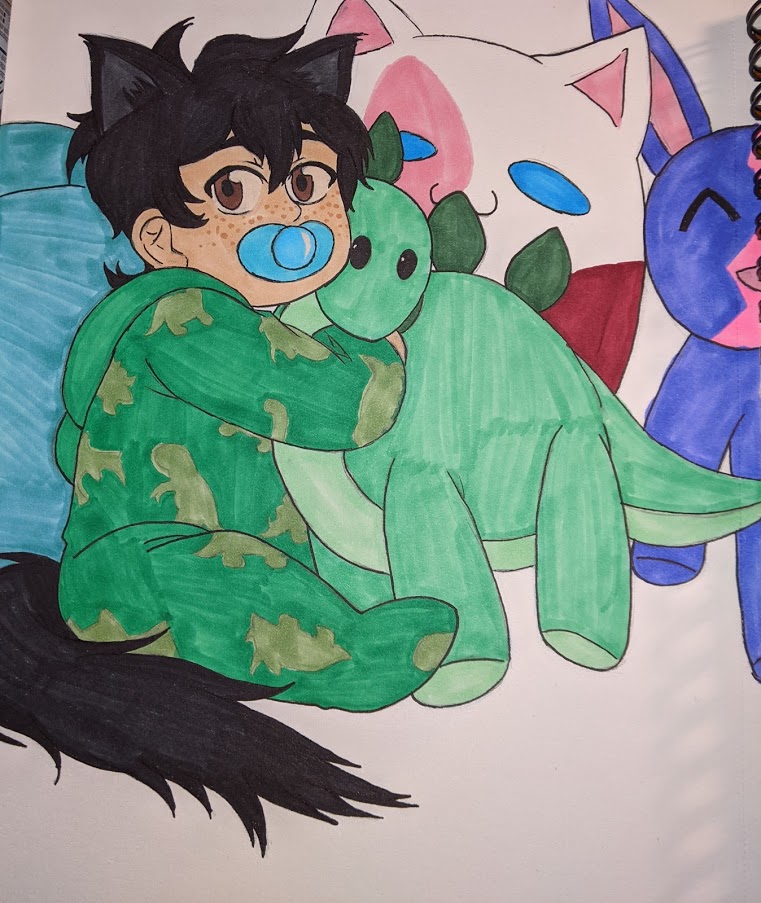 baby oliver by Amelia Nite
Oliver was born in a quiet little shack somewhere in the USA. His parents, Lisa McKinney and Jared McKinney knew that they were not accepted as mates due to his mom being a lycan and his dad being a half-shifter, or someone with the ability to shift into any canis form, such as wolf, dog, fox, jackal, etc. Due to his parents being unaccepted by all sides of their species, they decided to live their lives out in the wild with only their wits to guide them.   This allowed Oliver to grow up by hopping all over the country, never sticking around in one place for too long to make friends. Sadly, all this did was leave Oliver feeling lonely and turning to insects because of his weird behaviors around people. He also retreated into himself, becoming an introvert the longer he went without friendships.   By the time Oliver was 12-years-old, he had a hard time speaking to people naturally. The school he was in has a particular group of bullies that loved to pick on him. One day, they decided to amp-up their usual bullying on him, but it didn't go over too well. For a large portion of his time at the school, Oliver would carry his pet, Funnel, around in the hood of his hoodie. Soon enough, Funnel had bitten one of the bullies and Oliver was able to escape with her. His parents had to quickly transfer him to another school on the other side of the country because the police were out searching for him since the bitten bully died from Funnel's venom. This only pushed Oliver further into his reclusiveness to where he only spoke with his parents and did whatever he had to protect them. 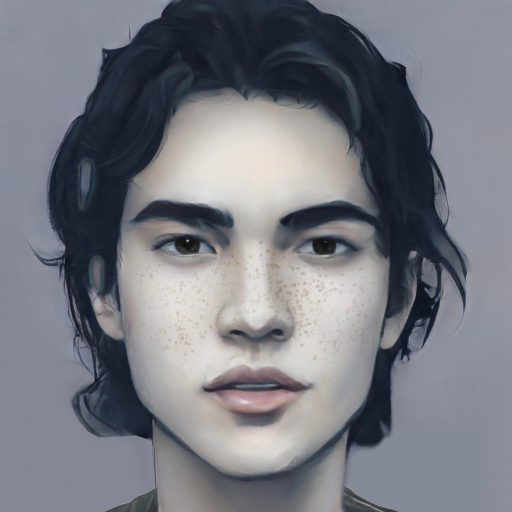 Likes:
- Any kind of insect (especially spiders / deadly ones)
- Coffee & Sweets
- Family
- His Mate (denies this)
- Hoodies (collects as many as he can)
- Horror Video Games / Movies / TV shows

Dislikes:
- Fear of mannequins (refuses to go into malls/stores with them)
- His Mate (pretends to)
- Medicine of any kind (have to force-feed it to him)
- Olives (especially jokes with his name)
- Sour/spicy foods
- Thunderstorms 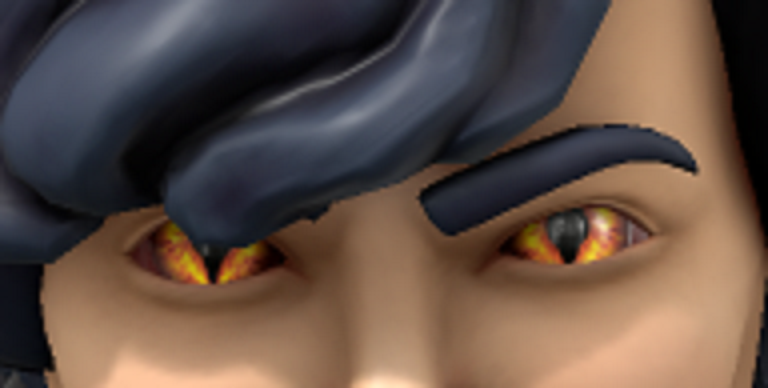 Whether Oliver admits it or not, he is a pro with video gaming. Speedruns and horror games are his favorite things to do while gaming, as it is one way he can let loose his pent up energy. Oliver also chooses to stay under the radar so he doesn't get caught by those who either a) don't wish for a hybrid to exist, or b) would do whatever it takes to control a hybrid as their personal weapon.

"You? Fuck with me? Are you fucking insane? Well, seeing who your dad is..."
— Oliver to Alpha Heir Chris


MCs
Join Into the Shadows Discord!

© 2020 - 2021. This work is licensed under a CC BY-NC-ND 4.0 license.
All written content herein is owned by Amelia Nite.
All photography belongs to their respected owners.
It is developed by Amelia.